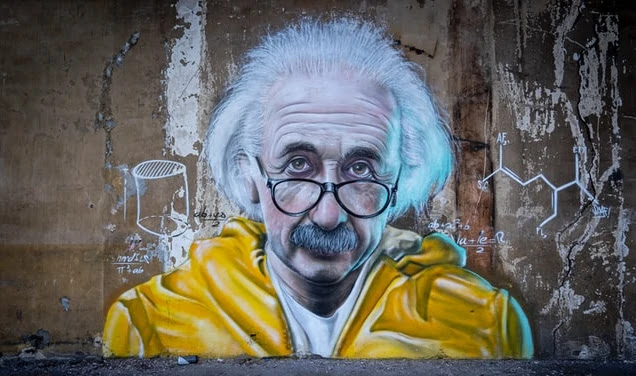 Today we are going to learn some information about Albert Einstein. He was the most brilliant and greatest theoretical physicist of all time. Due to his published theories, our view of the universe completely changed because he answered questions that no one had asked at that time.

We are going to know this information one by one. So be ready for this extremely informative journey. Let’s start:

Who was Genius Albert Einstein?

He was the most famous theoretical physicist because of his contribution to physics, our view of seeing this world is completely changed. He showed us the world that was completely hidden.

Although his major contributions were ignored at the time, today, it is considered to be the greatest theory ever published.

If I talk about his brain, he made his thinking something that could easily answer the questions that a normal person cannot think of i.e “He can explain the complexities of cosmological physics with an engaging combination of clarity and wit… He is a brain of extraordinary power“.

What did Albert Einstein Discover?

In the year 1905, he published 4 papers one by one. This year is also considered the miracle year of Einstein.

After that, he published his most important paper in 1916 that is “The General Theory Of Relativity” which describes the motion of planetary bodies in the entire universe.

He was born in Ulm, Germany on 14 March 1879 and he belongs to a Jewish Family. His father’s name is Hermann Einstein and his mother’s name is Pauline Einstein. Albert Einstein also had a younger sister called Maja Einstein.

When Einstein was born, his head was much bigger than the other children and he also spoke at the age of 4. There was a story about Einstein’s first word, but I don’t know how much truth there is in it, but it is said that one day Einstein’s family were having their dinner, then Albert said directly that “the soup is very hot“.

And if I talk about Little Einstein’s behavior, he didn’t like meeting people. He would spend more time alone with nature and he loved to learn alone.

Albert Einstein‘s education is not like a normal student’s, he doesn’t want to continue his school education because his teachers always said to cram knowledge they don’t explain how things work due to this einstein left his school by making an excuse of Nervous Breakdown.

Then after clearing the entrance exam at Zurich Polytechnic Institute in Switzerland, he continues his college study, But he didn’t get any job.

What is Einstein famous for?

Mainly he is famous for the greatest theory of classical physics that is “The General Theory of Relativity” which explains the motion of planetary bodies on the entire universe. And also for a Nobel Prize in Photoelectric Effect in 1921 that causes the beginning of Modern Physics(Quantum Mechanics).
He is also famous for Mass-Energy Relation i.e. E=mc^2.

What does E mc2 mean?

Well, E=mc^2 is the most famous equation of classical physics,
It stated that “Mass can be converted into Energy and Energy can also be converted into Mass with this relation.“
After publishing the paper on Mass-Energy Relation, Einstein got his position in physics society in 1905.
Before this relation, everyone considers Mass and Energy as a different-different form but after Einstein’s Paper, everyone saw the world in a new way. It is also said that due to Albert Einstein our Universe is divided into two parts i.e. the universe before Relativity and the universe after Relativity.

What was Albert Einstein’s IQ?

Let’s firstly know how IQ is calculated:- It is calculated by comparing the mental (intelligence) and chronological (actual) age of a person.
The formula for IQ is given as
IQ = (Mental Age/Actual Age) x 100

Everyone knows Albert Einstein was an intelligent person and his IQ was between 160 to 180.

What disability does Albert Einstein?

A leading autism expert named Simon Baron believes that Albert Einstein was suffering from a strange disease called Asperger’s Syndrome Disease that made it difficult for Einstein to talk to people. So he preferred to be alone and talk to himself.

Why Einstein did not get a Nobel for relativity?

There was only one reason that Einstein did not get the Nobel Prize on Relativity, because at that time more people felt that Einstein’s theory is full of nonsense, there would be no real proof of it.
And Einstein was very famous at that time for the particle light nature and the mass-energy relation due to which the Nobel community could not ignore him, that’s why they gave him the Nobel Prize on Photoelectric Effect in 1921.

Gravity was actually discovered by Sir Isaac Newton in his Universal Law of Gravitation, he stated that all objects were attracted to each other by a force that is directly proportional to the product of their masses and inversely proportional to the square of the distance between them. He also gave us the formula to calculate it but he can’t explain why they attract each other.
But in 1916, Albert Einstein in his paper General Theory of Relativity explains that all objects attract each other due to change causes on the fabric of Spacetime by their masses.
In other words, If we consider 3-dimensional spacetime as the 2-dimensional fabric of spacetime, then objects with a larger mass like our Sun form more pits than a low-mass object in this fabric. And this is the reason for the movement of the planetaries bodies around it. And due to the absence of friction in outer space, this motion is continuous.

How is Einstein’s brain different from a normal brain?

Albert Einstein‘s brain actually had more brain cells. Also, he had a very small lateral groove in his brain which was partially missing. His brain was also 15% wider than the rest of the brains.
Researchers believe that these unique brain characteristics may have allowed for better connections between neurons important for mathematics and spatial reasoning.
There is also other news about his brain that the Falk’s team used photographs of Einstein’s brain, taken shortly after his death, and showed that Einstein’s brain has an unusually complex pattern in the prefrontal cortex. This part of the brain is important for abstract thinking.

When was Einstein dead?

Where is Albert Einstein’s brain now?

How much Albert Einstein used his brain?

Did Einstein have a bigger brain?

What did Einstein say when he died?

Read More Article of this Blog