Also going to cover a little more about Four-Dimensional Spacetime and factor Gamma of relativity. So let’s start. 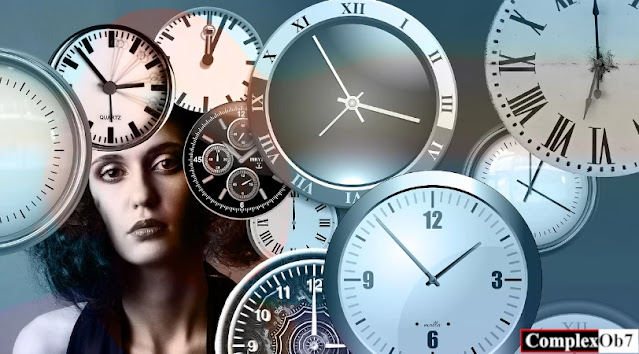 Suppose you are waiting for a friend on the train platform. And, I should say that this is a very imaginary train. For one thing, it is moving towards you in a vacuum. And somehow, it can travel at half the speed of light.

But your friend, Alex, is on this amazing fictional train! Oh, and there is a headlight in front of the train.

You would think that from your point of view on the platform, it would look like the light coming from the headlight is increasing by one and a half times the speed of light. Because it will have its own speed, as well as the speed of the train.

But this is not true. Because light always has to move at the same speed through a vacuum, from any point of view. If you want to know why the speed of light constant, then I have already created a post about it you can easily get this on this site by searching it.

The theory of special relativity was proposed by Albert Einstein in 1905. This explains the behavior of things that move very fast – such as, a significant fraction of the speed of light – where regular Newtonian physics is not always applicable.

This is called special relativity because it only applies to specific situations: where different frames of reference are not accelerated. They are called inertial reference frames.

Theory Special Relativity is built around two main assumptions. The first is that the laws of physics are the same in all the inertial reference frames. It does not matter whether you are on the train or on the platform – the same equations will apply. This must be correct as there is no real way to distinguish between reference frames.

For all Alex knows – from his point of view about the train as it passes through the platform – he is completely still sitting, while the platform accelerates him. The first postulates tell us that it is not important. Physics will be played the same way, no matter what.

The second assumption says that the speed of light in a vacuum is the same for all observers – about 300,000,000 meters per second always. Whether or not the light source is rotating. Physicists have tested this universal fact with lots of physical experiments. This is certainly true, all the time.

Even if the light is coming from a train that is moving at half the speed of light, the light is still moving at a speed of about three hundred million meters per second. And this is where all the things going to weird.

You already know that the speed multiplied by time is equal to the distance. But Special Relativity says us that when it comes to light, the speed is always constant in every frame of reference. Which would mean that the other two variables – time and distance – would have to be changed. And they do.

Why Time Dilation Occurs According to Einstein?

You can see that if we go back to Alex’s train. Say that Alex is standing on the edge of his train car, which is close to the platform, and he is facing a mirror about 5 meters towards the front of his train compartment. He flashes a flashlight towards this mirror, which shows the light back towards him.

From Alex’s point of view on the train, the situation is very simple. At the speed of light, the light went directly to the mirror and back, a distance of 10 meters.

Sure, when looking through the window, you saw the mirror and the light traveling backward, but in the meantime, the train was still moving.

But Special relativity tells us that the speed of light is always constant. Even if it traveled more distances. And if the light travels more than the same speed, it must have been traveling longer.

Both you and Alex are scheduling the exact same series of events. But you are measuring a longer time than Alex. Therefore, from your point of view on stage, the time has slowed down for Alex. And this is called Velocity Time Dilation.

If you measure the distance then the light was traveling on the stage from your point of view. You calculate the time slows down by a factor of 1 divided by the square root of 1 minus velocity of train square divide speed of light square.

We call this factor Gamma, and it applies to every situation where one inertial reference frame is moving relative to another.

So time is slow in that moving reference frame. Because time can pass differently to people depending on their frame of reference, it is not a universal concept at the same time.

In other words, something that you feel together cannot happen together for Alex. Suppose you see a flash of lightning at each end of Alex’s train, right when he passes you on the platform. I mean, we are already talking about a train that is going at half the speed of light.

So suppose it also hits lightning! For some reason! You see both flashes at the same time, and they are both equally spaced, traveling at the same speed.

So you can conclude that lightning fell on both ends of his train at the same time. But from Alex’s perspective on the train, this did not happen.

As the light travels from each end of the train towards its eyes, it is moving. The moment you see both of them glowing, Alex is already moving in the train direction. So he saw the flash over the front of the train. Then after a very little gap of time, he sees again a flash that hits the back of the train.

Light always moves at the speed of light, however, no matter what your reference frame is. This is the rule. Therefore, for Alex, the lightning must have hit the front of the train before it hit the back of the train.

Even though they seemed to you together. Does Your Brain Hurt Yet? As if time is running slow and it should not be awkward, but there is also a contraction in length.

What is Length Contraction in Special Relativity?

Length contraction means that if something is moving relative to you, its length seems to decrease in its direction. So you must have measured the train 100 meters before leaving the station.

If Alex measures the train from where he is standing, it will be 100 meters long. But from your point of view on the platform as it accelerates, the train will become smaller or shorter.

Suppose you want to measure the train because it moves quickly to the place where you stand on the platform. The train is moving at half the speed of light. This is fixed. From Alex’s point of view, it takes you about 6.66 x 10 ^ -7 to get through the train.

The velocity multiplies by time equals distance, so Alex calculates that the train must be 100 meters long. Now you try to take the same measurement. The problem is, we already know that time for Alex moves fast for you. While 666 nanoseconds pass for Alex, only 577 nanoseconds pass for you.

And if the train takes 577 nanoseconds to move at half the speed of light for you, then it should be 86.6 meters long! In general, when the speed of something is fast, its length in the direction of its motion will be equal to the length you measure divided by gamma if it was still standing.

Length contraction also occurs for regular moving objects! But it is so small that you have no way to see it. If the train was running at a speed of 150 kilometers per hour, it would have contracted less than a picometer – which is 100th of the length of the hydrogen atom.

Since contraction in length is not something we observe in everyday life, it is not part of our intuitive physics. Therefore special relativity tells us that because light always travels at the same speed.

Space and time – They are directly connected to each other. If you are describing something physically, then it is not enough to talk about its position in a three-dimensional space only. You also have to take care of time.

A lot of it may seem counterproductive, but that’s because we used to see the world at a much slower rate than light. All this is to say that when you start analyzing the things that are moving fast, the universe becomes a very strange place.

In General Relativity, we are also going to know the concept of  “Gravitation Time Dilation“.

So these are enough for today. Comment what is your opinion about this post “Einstein Special Relativity in Simple Words – ComplexOb7“. Thanks for reading.