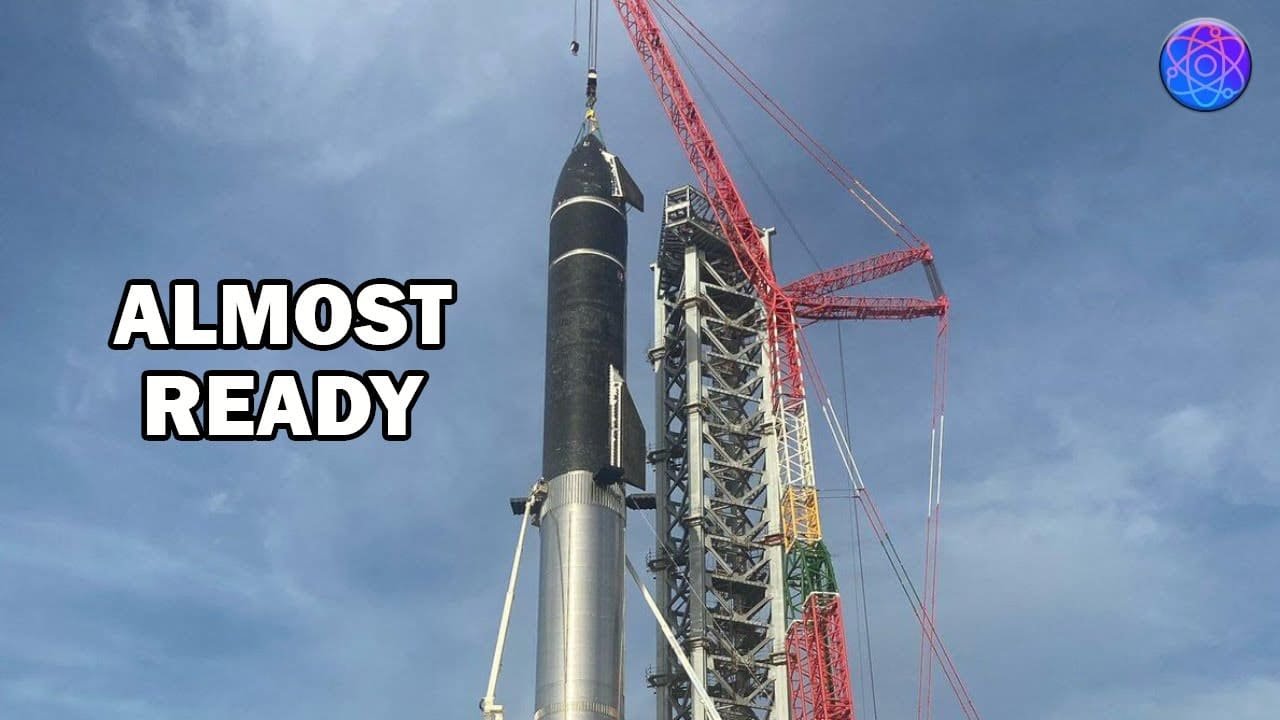 Elon Musk’s SpaceX Starship Orbital Stack is almost ready for Flight: SpaceX founder Elon Musk said on Saturday that the first orbital stack of the Starship rocket should be ready for flight in the coming weeks, moving the unconventional billionaire closer to his dream of orbital and then interplanetary travel.

Elon Musk tweeted that SpaceX is just waiting for regulatory approval. SpaceX plans to launch its first Starship orbital test flight from Texas and splashdown off the coast of an island in Hawaii.

The orbital flight test will mark the SpaceX stack both elements of its massive Starship system together for the first time, the next important development step in its effort to build a rocket that could one day land on Mars.

Whenever this happens, the orbital test will demonstrate Starship maneuvers that cannot be simulated using a computer.

SpaceX intends to collect as much data as possible during flight to measure entry dynamics and better understand what the vehicle experiences in flight regimes that are extremely difficult to predict accurately or replicate computationally.

The flight data obtained from Starship’s tests will anchor any changes to the vehicle design… and lead to better models to use in Starship’s internal simulations. Now let’s look at the Starship – the most powerful rocket ever built.

First, Starship is the name of not only a complete rocket but also an upper stage. But the name of the first stage, where the booster resides, is super heavy.

It is made of stainless steel and is 120 meters or 394 feet long. Starship uses the new Raptor engine for each stage. The Raptor is the most ambitious engine ever built in the history of mankind.

The Raptor produces the highest combustion chamber pressure ever reached by an operational rocket engine, at 330 bar or 33,000 kilopascals. The Starship is designed to send 100 tons, or more than 100 people, into space with a fully reusable design and liquid oxygen and methane fuel.

These characteristics mean that a team can fly to Mars, refuel using the planet’s resources, then return home. This, in turn, paves the way for some of SpaceX’s more ambitious goals, such as a self-sustaining city on Mars by 2050, and far-flung ventures that will turn humanity into a multi-planetary species. Even the landing of Starship is extremely unique.

Instead of using a parachute and landing in the ocean, the rocket performs something called a belly flop maneuver.

Landing begins with first engine shutdown, falling from the sky – belly first (or in a horizontal position), it must reduce velocity as much as possible, then return to a vertical position, lighting up the two Raptor engines And lower the tail down on four landing legs. It is much like a skydiver who uses his hands and feet to control the free-fall.

When a skydiver first falls on the stomach, there is as much strain on their body as possible, meaning their terminal velocity is minimal. If they flip over their feet or head first, there will be a little surface area for the wind to push against the skydivers.

Similarly, the starship can also control its terminal velocity. Think of flaps as a skydiver’s arms and legs. If the flaps are extended higher, the drag on the vehicle will increase and if they are bent, the drag will decrease, thereby accelerating the terminal velocity.

Furthermore, since the booster is also fully reusable, SpaceX plans to “hold on” it.

In the end, the Starship is a giant rocket that aims to make space travel fast, cheap, and reliable. It is so good that even NASA chose Starship as the Moon lander for its Artemis mission.

And according to Musk, Starship will continue to evolve and there will even be several different versions of the rocket, but there are long-awaited ones on the list as we have yet to see Starship’s first orbital spacecraft.

Thanks for reading till the end. Comment what’s your opinion about this information “Elon Musk’s SpaceX Starship Orbital Stack is almost ready for Flight”.