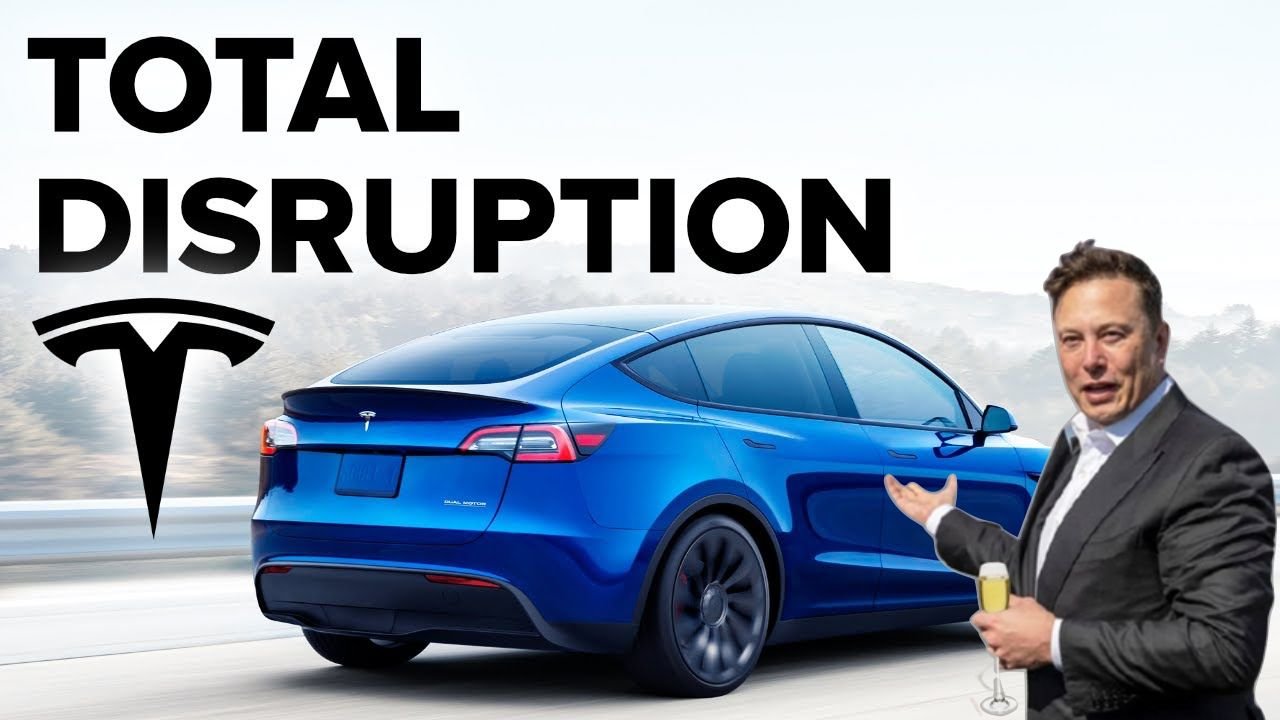 Elon’s Mission for the World is Much Bigger than Tesla: I know Tesla is an exciting investment you may have already doubled your investment or even up 10-fold. On top of that, over this decade you might also have ambitions for a further 10-fold increase. Yes, Tesla is a very exciting company, in fact, I can’t think of anything like it in history.

It breaks the molds of typical companies and industries. Admittedly when I first invested in Tesla I treated like a typical stock or company, in fact I was planning on putting together a portfolio of perhaps 5 stocks within time.

Tesla was the first one, and likely going to be about half the portfolio. It’s just the more I kept following Tesla, well long story short I ended up going all in on Tesla.

A carried a small position in NIO around the time of their IPO, until it occurred to me just how little I know about Nio, or Chinese businesses, relative to Tesla. And I closed that position and put it in Tesla.

My thought at the time was I wanted to invest in EVs, and at the time NIO was poised to be the Tesla of China. I mean I believed in an electric future, even before the days Tesla was even established, the EV1 had convinced me as early as the 90s.

But I thought the consumers alone would be enough to create the industry. Instead it ended up taking Elon Musk. He was the required element to be smart and hard working enough to actually create a path to making a company, that will one day be able to make an EV at an average price point, and at a profit.

I don’t think anyone realized quite what was required, but this still didn’t deter Tesla or Elon. The electric car didnt just happen, it had to be re-invented. Re-invented into a product that will be affordable enough to consumers and produced with elements that are abundant enough within the Earth’s crust.

And even after this, it still wasn’t until the fourth generation of vehicle to launch until Tesla really became profitable. It still took about 17 years for Tesla to get that far. 17 years is a long journey. It’s a big commitment to ask from investors before seeing any profits.

It was just that hard to invent the mass produced electric car. So much so now, that to this date, no one else can yet make them at a profit. However, most of these other companies, they don’t have nearly 2 decades of experience behind them.

They haven’t trained for their sport, and they are starting in the deep end. Alright anyway, Tesla is a great EV company, and has been a good investment.

This is due to Elon working so hard to keep this company going. Tesla would not be the company it is today without Elon. Because of Elon, my Tesla stock are worth significantly more than they were. But alright, he may be viewed as a wild card.

But he seems to be an intelligent, benevolent human who is working very hard to maintain humanity, doing whatever it takes. Humanity is dependent on a solid democracy, in order to avoid the likes World War 3.

Elon believes the woke mind virus will destroy civilization and humanity, and we may not reach Mars in time. So you can bet he’s going to do something about. Elon uses first principles thinking.

Well his first principles thinking isn’t build an EV company called Tesla. It’s save the world, by preventing climate change, and keeping civilization intact and peaceful, and with a back up just in case.

Tesla is just a cog in the greater wheel. Sure it’s Elon’s baby, and he loves his Teslas too. Elon sees Twitter as the platform ideal for the most objective style of debates. Where both sides can express their opinions, and hopefully listen to each other and hear each other out.

I think people are different on social these days. I feel like in the old days everyone just use throw comments down like they were facts, just to support any confirmation bias, that was potentially supported by some fake news.

It’s like through all this we’ve become a little wiser, and don’t just fall for anything we see online, but want to fact check it. The woke movement has hopefully at least given people more consideration and empathy about others feelings, and as a result comments tend to be less of an attack, but more of an education.

With comments like “actually that has been dis-proven, you can check the latest research at…” Compared to just throwing insults at someone who may have misunderstood something somewhere.

Perhaps this may not be the same for the two extremes of the left and right. Some of us are perhaps starting to realize that maybe this other side isn’t the enemy, perhaps they do have some points that are worth listening to.

The more we accept ant take in arguments to the contrary, the more we can evolve. The problem is it’s tough to save face when you have publicly written something to be incorrect.

Which means that in the first place, to avoid having to try and save face, we become more considerate in our initial comments, and fact check them first, in case we are pubically humiliated about our ignorance on a certain matter. There are a lot of people in the middle, who don’t have as extreme views.

Through a free speech platform they would get to hear from both sides of the arguments, rather than being in an echo chamber, reinforcing biases, and thus being complacent to bother researching further, if no one is there to question them.

I remember I would argue against Tesla short sellers. If I hadn’t put up a good enough argument, perhaps it would have deterred other Tesla investors who were unsure at the time.

At the same time, I was happy to hear from the short sellers too, I didn’t want to be closed minded and complacent, these people were putting their money where their mouth is, I wanted to know if there was something I missed.

There never was though. Who knows perhaps there will be some sort of credibility score with Twitter, that show certain people have more authority on a subject matter than others. I don’t know, but when you start to think about, you realize just how neglected Twitter actually is, and how much more it could become.

And who knows what visions and ideas Elon has for it too. And it’s not just Twitter, it’s everything. We have a person in the world, who it would appear, is actually trying to fight the status quote, the establishment, the government and re-organize it all in a way that is better for the people.

Taking away the power of the oil oligarchies due to electric cars, and solar and battery. Decentralizing massive amounts of wealth. When wealth is centralized, the wealth that is being hoarded would have been significantly more if it was spread evenly into the nation, and not to suppress innovation.

That’s the difference between Norway and Saudi Arabia, both oil rich nations, one owned by a family the other a democracy. And it proliferates further into the economy. Using solar, the free energy from the sun to power the world. Nothing needing to be burnt. Not even any water boiled.

If you have free energy, that delivers itself to you every day, then we start to approach abundance. And Tesla is a large part of all of this. Elon is making cars that can run on sunlight, that is literally what they can do. Not only that, they can run by themselves. Again, this will reduce costs so much, no driver, no fuel.

Transportation for everything will become so much cheaper. So energy to our houses reduces in costs, and all the food we buy costs less, because the transportation costs are reduced. You might call this deflation, but I don’t think that is the right word, as deflation would also reduce the markets, this would certainly stimulate the markets.

I think we can just label it abundance. Maybe Tesla is able to reduce shipping costs so much, that even BYD are able to make a profit from their EVs. And it goes even further than that, eventually we can potentially live in total luxury, with not only a built in chauffeur with your car, but also a live in maid to do all your cleaning, washing, cooking, gardening, and likely a whole lot more.

It’s like Elon is trying to envision a realistic utopia and make it come into fruition as best as possible, in the hope that there is a sustainable, society and humanity will be better off, long after Elon has gone. And then Neuralink, technology so powerful even quadriplegics may have a chance at walking again.

Starlink with ubiquotous internet for the world. So I am sorry if you are upset you invested in a company with a CEO that brings so much drama. But really how much less exciting would the world be right now if it wasn’t for Elon. Just imagine it, probably not too much to look forward to.

I know you might just focus on the value of your Tesla shares, and it may be harder to see past the losses for some of you. But this future that Elon is carving out for us, is far more exciting than Tesla hitting $10k. He is doing it to better humanity, and it will hurt him, but he will do it anyway. I also think that if he can handle this much more drama, then Tesla is likely in good hands.

Thanks for reading till the end. Comment what’s your opinion about this information “Elon’s Mission for the World is Much Bigger than Tesla“.