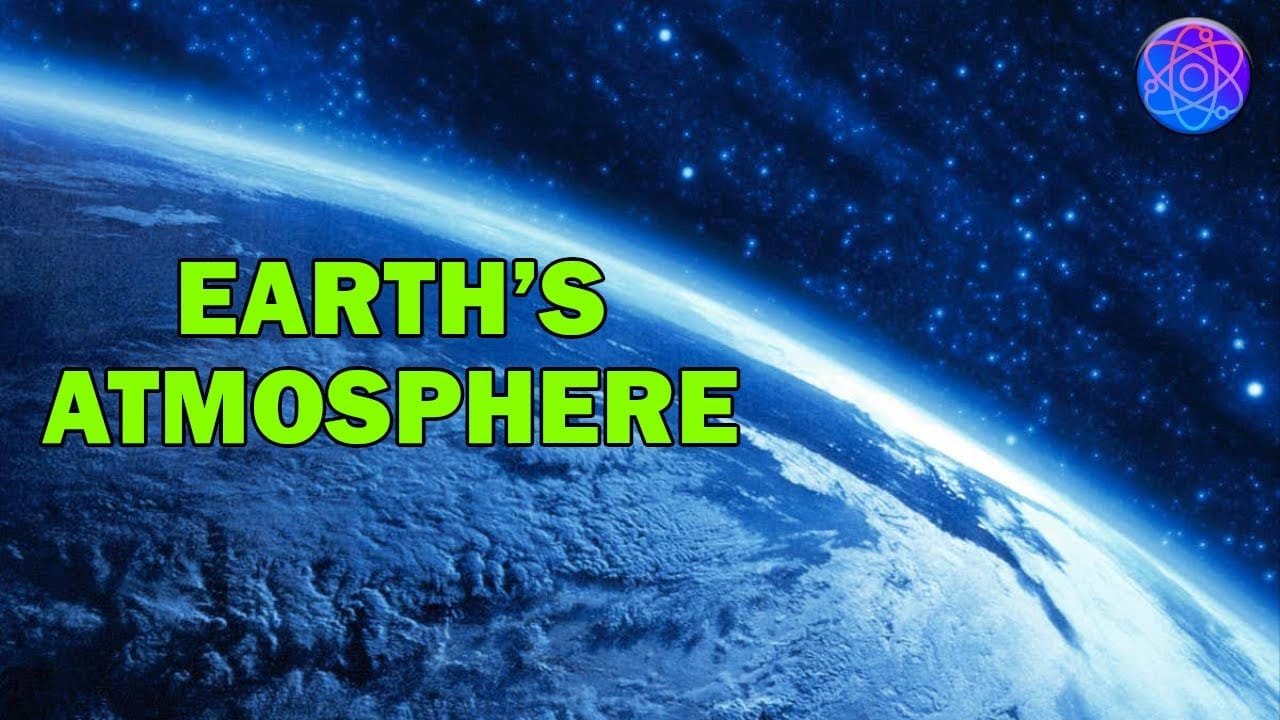 Atmosphere – The gaseous envelope that surrounds the planet or any celestial body. Sure, a Venus-like atmosphere would kill you in seconds if you walked across the planet’s land without protection like some sort of suit.

But here on Earth, it’s not the same. Earth is the only planet in the solar system whose atmosphere can sustain life. The cover of gases not only contains the air we breathe but also protects us from explosions of heat and radiation from the sun.

It heats the planet during the day and cools it at night. Earth’s atmosphere is about 480 kilometers or 300 miles thick, but most of it lies within 16 kilometers or 10 miles of the surface. Air pressure decreases with altitude.

They travel from the ground to outer space.

Closest to the Earth’s surface, we have the troposphere. “Tropos” means change.

This layer gets its name from the weather which is constantly changing and mixing the gases in this part of our atmosphere. The troposphere is 8 to 14 kilometers or 5 to 9 miles thick, depending on where you are on Earth.

It is thinnest at the North and South Pole. This layer contains the air we breathe and the clouds in the sky. The air is densest in this lower layer.

In fact, the troposphere contains three-quarters of the mass of the entire atmosphere. The air here contains 78% nitrogen and 21% oxygen. The last 1% is made up of argon, water vapor, and carbon dioxide.

Next up is the stratosphere – which lies just above the troposphere and below the mesosphere. This layer is about 35 kilometers or 22 miles thick. The stratosphere is where you’ll find the very important ozone layer.

The ozone layer helps protect us from ultraviolet (UV) radiation from the sun. This layer of our atmosphere has its own set of layers. There is no storm or turbulence here to mix the air.

So, cold, heavy air is at the bottom and warm, light air is at the top. This is in contrast to how layers work in the troposphere, where we live.

If you want to climb a mountain in the stratosphere, you have to take off your warm clothes as you get closer to the top instead of putting them on like we usually do. But there aren’t mountains high enough to reach the stratosphere, so you don’t have to worry about that.

The third layer is the mesosphere – located just above the stratosphere and below the thermosphere. “Meso” means middle, and it is the highest layer of the atmosphere in which gases are mixed rather than layered by their mass.

The next layer is the thermosphere – sandwiched between the ionosphere and the mesosphere. “Thermo” means heat, and the temperature in this layer can reach 2500 °C.

If you hang out in the thermosphere, however, you will be very cold because you don’t have enough gas molecules to transfer the heat. It also means that there are not enough molecules for the sound waves to travel through.

This layer of Earth’s atmosphere is about 513 kilometers or 319 miles thick. It is much thicker than the inner layers of the atmosphere, but not as thick as the exosphere. The thermosphere is home to the International Space Station as it orbits the Earth.

This is also where you’ll find low Earth orbit satellites. You could say there’s a lot going on in the thermosphere!

Next, we have the ionosphere. It is a very active part of the atmosphere, and it grows and contracts to depend on the energy absorbed from the Sun.

Its name comes from the fact that the gases in these layers are excited by solar radiation to form “ions”, which have an electric charge. This layer overlaps the mesosphere, thermosphere, and exosphere. Parts of the ionosphere overlap with Earth’s magnetosphere.

This is where the aurora happens. They are the bright, beautiful bands of light that you sometimes see near Earth’s poles. They are caused by high-energy particles from the Sun interacting with the atoms in this layer of our atmosphere.

Next, the outermost layer is the exosphere. This is the very edge of our atmosphere. This layer separates the rest of the atmosphere from outer space. It is about 10,000 kilometers or 6200 miles thick. It is almost as wide as the Earth.

The exosphere is really, really big. This means that to go to outer space, you have to be really far away from Earth. The exosphere contains gases such as hydrogen and helium, but they are very diffuse. There is a lot of empty space in the middle.

There is no air to breathe, and it is very cold. When you see a clear picture, our environment is amazing. It is a perfect balance for the existence of every living being on earth and which we all human beings consider being.

The plastic we throw away, the trees we cut, the fuel we burn, even your electronics in the form of e-waste are harming our wonderful planet. But we, as a species, usually don’t value what will be the worst of our future, but something that is good for our comfort. And this is the future we fear most.

Thanks for reading till the end. Comment what’s your opinion about this information “How Big is the Earth’s Atmosphere?“.

3 thoughts on “How Big is the Earth’s Atmosphere?”