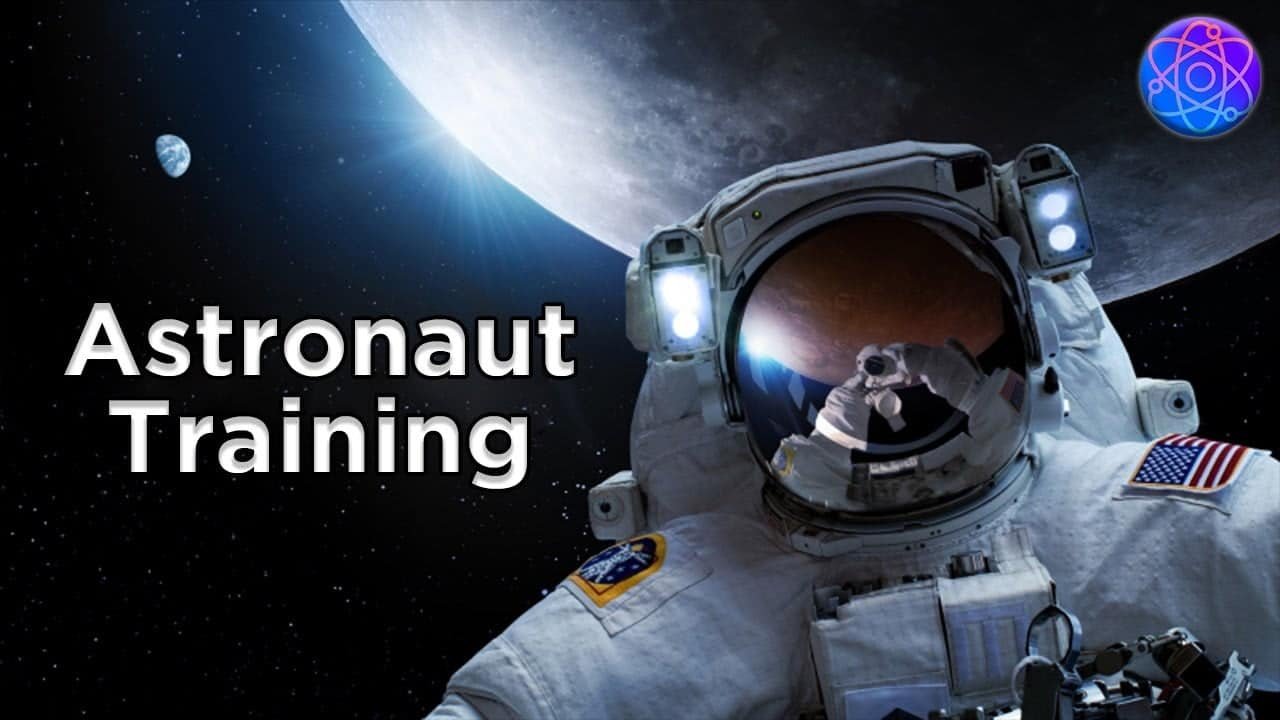 Astronauts – We have seen them floating in space. Many of us think of being an astronaut at some point in our lifetime. But becoming one is not that easy. In this article, we are discussing “How NASA Train Their Astronauts?”.

An astronaut is a person trained by the human spaceflight program to command, pilot, or serve as a crew member of a spacecraft. Members of the space program of Russia or the Soviet Union are called cosmonauts.

Although it is usually reserved for professional astronauts, the term is sometimes applied to anyone who travels in space, including scientists, politicians, journalists, and tourists.

Until 2002, astronauts were sponsored and trained exclusively by governments, either by the military or civilian space agencies. With the suborbital flight of the privately funded SpaceShipOne in 2004, a new class of astronauts has been created: commercial astronauts.

Tests and training for Astronauts

Astronaut training describes the complex process of preparing astronauts for their space missions before, during, and after a flight in areas around the world, including medical tests, physical training, extra-vehicular activity (EVA) training, The process includes training, rehabilitation process. as well as training on the experiments they will achieve while in space.

Virtual and physical training facilities have been integrated to familiarize astronauts with the conditions they will face during all phases of flight and prepare astronauts for microgravity environments.

Special considerations must be made during training to ensure a safe and successful mission, which is why Apollo astronauts received training for geology fieldwork on the lunar surface and research on best practices for future extended missions. such as the journey to Mars.

Astronaut selection and training are integrated processes to ensure that crew members are qualified for space missions.

Sixty to eighty percent of astronauts will experience space motion sickness, including pallor, cold sweats, vomiting, and anorexia, but candidates are expected to recover from the illness as training continues.

During advanced training and mission-specific training, astronauts will learn about the operation of specific systems and the skills associated with their assigned positions in a space mission.

18 months is typically required to complete mission-specific training for Space Shuttle and International Space Station crews. It is important to ensure the well-being, physical and mental health of the astronauts before, during, and after the mission period.

They have a lot to learn apart from science. Sometimes they have to give speeches, so they take public speaking classes.

To be prepared for any emergency, astronauts undergo survival training. It can take up to two years of training to become a fully qualified astronaut.

You should learn the basics of spaceflight and the International Space Station, as well as how to be part of a team by flying a NASA T-38 training jet. After you finish your initial training period as an astronaut candidate, you will be given a technical assignment.

In this assignment, you will support astronauts who are already in space and who are training to go. Then you’ll wait, sometimes years, for the next most exciting day of your life – the day you’ve been assigned to a space flight.

If you did well in your initial training and worked hard at your technical assignment, someday, the chief of the astronaut office will ask you if you still want to go to space.

If you are assigned to fly to the space station as an expeditionary crew member, you will need approximately 18 months of training. However, if you haven’t received any specific training on space station systems, or if you don’t have the required language skills, it can take more than 18 months.

It helps to have another expedition member trained as a backup and learn to speak Russian. Astronauts must be able to understand Russian so that they can speak to the Russian Mission Control Center and understand their instructors.

If you’re going to live and work on the International Space Station, you’ll need to speak at least two languages. Knowing more than two languages ​​is even better!

During your 18 months of training, you will make several trips between the NASA Johnson Space Center in Houston, Texas, and the Gagarin Cosmonaut Training Center in Star City, Russia.

Now let’s move on to on-orbit operations training… Astronauts are trained to prepare for launch conditions as well as the harsh environment of space.

The purpose of this training is to prepare the crew for events falling under two broad categories: events related to the operation of spacecraft – internal incidents; And phenomena related to the space environment – external phenomena.

During training, astronauts are introduced to the engineering systems of spacecraft, including spacecraft propulsion, spacecraft thermal control, and life support systems.

This training is especially important for missions when an astronaut encounters multiple systems and this training is done to prepare the astronauts for events that may affect their health, crew health, or successful completion of the mission. can pose a danger to.

These types of events can result in failure of a critical life support system, capsule sedimentation, fire, and other life-threatening events.

In addition to requiring training for hazardous events, astronauts will also need to be trained to ensure the successful completion of their missions. External phenomena more broadly refer to the ability to live and work in the extreme environments of space.

This includes adaptation to microgravity, isolation, confinement, and radiation. Difficulties associated with living and working in microgravity include spatial disorientation, motion sickness, and vertigo.

During long-duration missions, astronauts will often experience isolation and confinement. This is known to limit the performance of the astronaut crew and hence training is aimed at preparing them for such challenges.

The long-term effects of radiation on the crew are still largely unknown. However, it is theorized that astronauts on their journey to Mars are likely to receive radiation doses 1000 times higher than that of a normal person on Earth.

As such, current and future training should include systems and procedures to protect astronauts from radiation.

Scientific experimentation has historically been an important element of human spaceflight and is the primary focus of the International Space Station.

Training on how to successfully perform these experiments is an important part of astronaut training, as it maximizes the scientific return of the mission.

Once in orbit, communication between astronauts and scientists on the ground can be limited, and time is strictly divided between the various mission activities. It is important that astronauts are familiar with their assigned experiments so that they can be completed in a timely manner, with as little interference from the ground as possible.

For missions to the ISS, each astronaut needs to become proficient in one hundred or more experiments. During training, the scientists responsible for the experiments do not have direct contact with the astronauts who will carry them.

Instead, scientists give instructions to instructors who in turn prepare the astronauts to perform the experiments. Much of this training is done at the European Astronaut Center.

For human experiments, scientists describe their experiments to astronauts who then choose whether or not to participate in the ISS.

For these experiments, astronauts will be tested before, during, and after the mission to establish a baseline and determine when the astronaut will be returned to baseline.

Sometimes astronauts can also take virtual reality training. Virtual reality has been explored as a technique for artificially exposing astronauts to the conditions and processes of space before they go into space.

Using virtual reality, astronauts can be trained and assessed to perform an EVA with all necessary equipment and environmental characteristics. This modern technology allows scenarios to be changed on the go, such as testing emergency protocols.

When the goal is to act as a practice tool, virtual reality is usually explored in conjunction with robotics and additional hardware to enhance the effect of immersion or trainee engagement.

So, now you can understand that astronaut training is not for everyone. Even if you are very knowledgeable, but you do not have physical strength, you cannot be an astronaut.

Thanks for reading till the end. Comment what’s your opinion about this information “How NASA Train Their Astronauts?“.

2 thoughts on “How NASA Train Their Astronauts?”