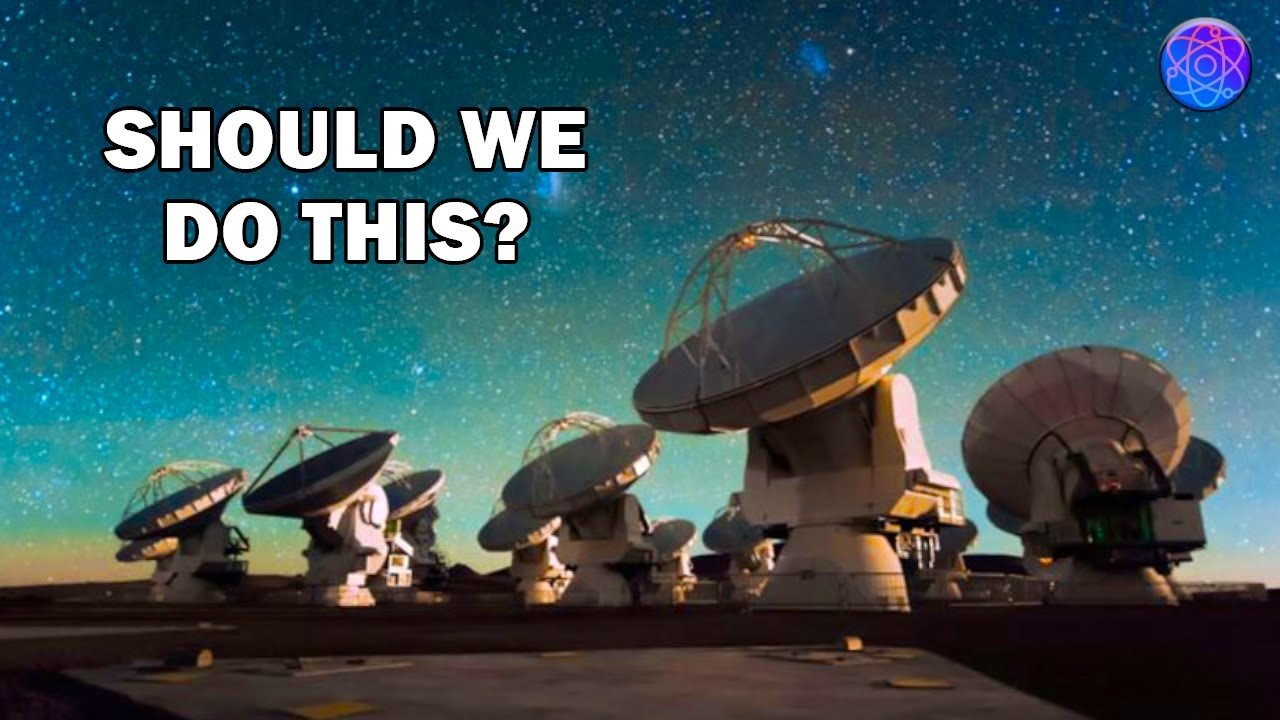 Should we Signal our Existence to Alien Life?: Are we alone in the universe? Or is there some other intelligent creature looking into their night sky from a very different world and asking the same kind of question?

Are there civilizations that are more advanced than ours? civilizations that have achieved interstellar communication and established a network of connected societies in our galaxy? These are some of the questions about which our species – perhaps most uncertain.

We’ve been seeing interstellar life for decades, but we haven’t found it yet. And that’s where METI comes in.

METI or Messaging Extraterrestrial Intelligence is a non-profit research organization that creates and transmits interstellar messages to attempt communication with extraterrestrial civilizations.

In some scenarios, we can even say that METI reverses the process of discovering some familiar SETI or Extraterrestrial Intelligence.

SETI listens to radio or laser signals from space. Whereas METI does the opposite – instead of listening – they broadcast powerful, deliberate messages to nearby stars in hopes of eliciting a response.

In fact, there are many other civilizations, but they are doing exactly what we are doing, says METI President Dr. Douglas Wakoch.

They have these strong SETI events and everyone is listening, but no one is saying hello, and so this is our attempt to engage in the galactic conversation.

There are a number of things that METI is doing to send and receive feedback from an alien civilization as quickly as possible. But the problem is that they can’t do anything fast. The speed of transmission is actually the speed of light and yes, light is extremely slow considering the size of the universe.

Most Important radio signal sent to space for Aliens

For example, take a look at this. A message that was being sent into space in 1974. This is the most powerful broadcast ever intentionally sent into space from Puerto Rico.

The broadcast included a simple, illustrated message aimed at our endemic cosmic companions in the globular star cluster M13. This cluster is about 21,000 light-years away from us, near the edge of the Milky Way, and contains about a third of a million stars.

So, you can see here – 21,000 years to get there, given if someone is listening to our message and they have a receiving antenna similar to Arecibo and they can decode the message, In the best-case scenario, we can’t expect any answer before 42,000 to 45,000 years ago.

Several other messages have been sent, such as Luten’s star was pinged in 2017, we are expecting a reply by 2042. But these are not as prominent as Arecibo.

Searching hundreds of thousands of stars in the hope of detecting a single message would require remarkable dedication and probably take several decades.

It is unlikely that any current major radio telescope will be given such an intensive program except for its normal function.

Building one or more radio telescopes, which would probably be half the time devoted to the search, appears to be the only practical way to search for extraterrestrial intelligence in a serious way. The cost would be in lakhs.

Risks in METI and SETI programs

Now, is there any risk associated with this? Well, maybe not. If we advance our own level of radio technology in just 200 or 300 years, we will have the ability to detect the BBC as it is streaming at the speed of light to a distance of about 500 light-years.

And realistically, if an alien civilization is already very advanced in detecting radio waves, such as those sent thousands of light-years away from Puerto Rico, they would probably intercept our first radio signals at the beginning, because It turns out that humanity has been unknowingly sending radio waves into space since the beginning of the – you guessed it – “radio age”.

Thanks for reading till the end. Comment what’s your opinion about this information “Should we Signal our Existence to Alien Life?”.

1 thought on “Should we Signal our Existence to Alien Life?”