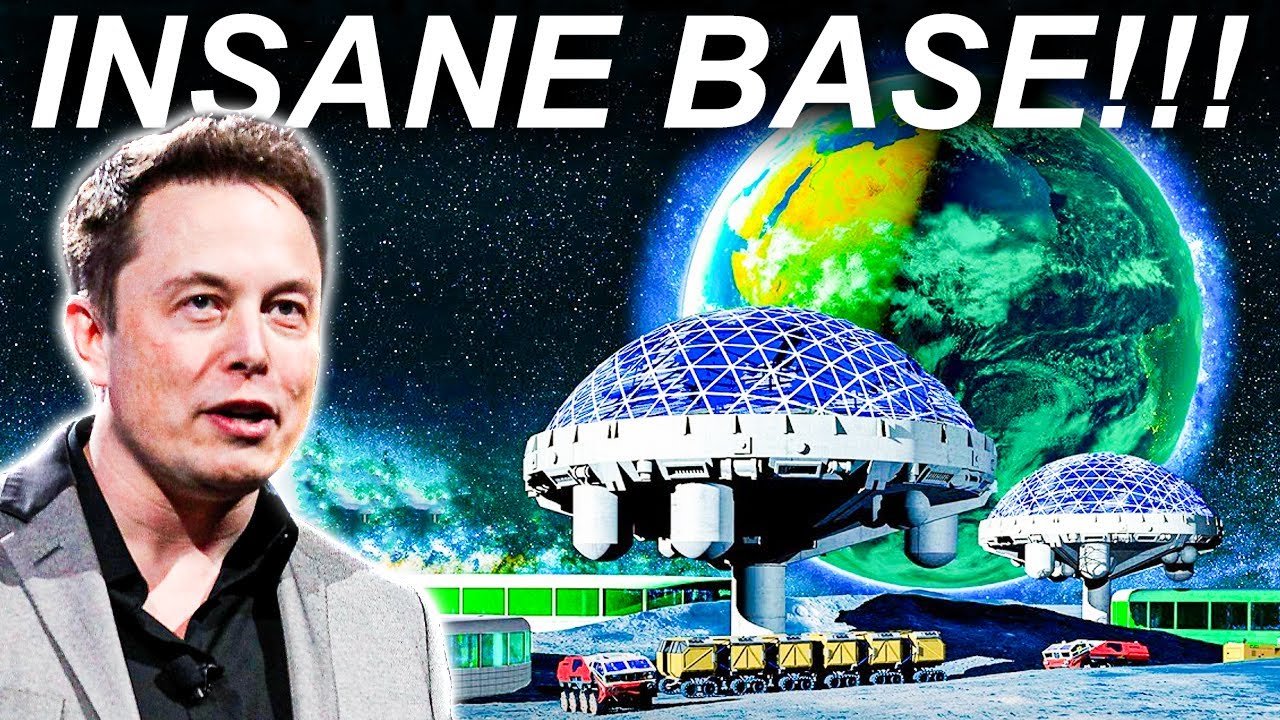 SpaceX And NASA’s New Moon Base By 2024: Hello Space Enthusiasts! Welcome aboard, today we’re going to take a short tour of MOON and explore ways to conquer MOON in the future to come. So, hopefully, you’re doing all right, let’s launch our rocket!

It has been decades since a man set foot on MOON, the ambition of many countries since 1961 to touch the surface of MOON. NASA’s APOLLO mission in the 1960s was a milestone in itself.

They managed to do it safely (almost), it’s impossible to believe how they managed to send people into MOON with only 4KB of RAM, yes that’s a fact and our smartphones these days even seem to have less than 6GB Is.

The technology is increasing day by day, still, no one even considered sending people to Lunar again, strange, right? Well, now NASA and SpaceX have joined hands to not only send the human species but also colonize MOON in early 2024.

It won’t be an easy task, but not nearly as hard as it was in the 1960s, as technology has advanced radically, surpassing everyone’s imagination. People barely survived and some died in pursuit of MOON.

But people are still not ready to give up on that dream of building an ecosystem on MOON. This has become a reality in this decade as people will be on the lunar surface for some time. The program is set to conquer and establish a base camp on the surface of the Moon.

The Artemis program mainly includes two major objectives: to send a manned mission to the Moon and to establish a permanent presence of humans on the lunar surface.

The highlight of the Artemis base camp mission is to develop a settlement in the Moon’s South Pole region. This base agreement is going to help further deep space missions and will play the most important role to support NASA and SpaceX’s Mars missions.

SpaceX completely crushed the competition, i.e. Blue Origin and Dynetics, when bidding for the contract, which aims to develop and build a spacecraft capable of landing on the Moon.

NASA has awarded a $2.9 billion contract to SpaceX to design and build a version of the Starship. SpaceX’s flagship rocket was being developed for Elon’s vision of making it to Mars. It will be replaced and extended to land on the Moon.

The lack of a heat shield and air brake is the difference between standard and HLS (Human Launch System) spacecraft. Special thrusters are built for HLS to take off and take off from the surface of MOON, as MOON does not have a warm atmosphere at the time of landing.

The Journey Ahead Artemis is NASA’s vision of the future as a direct force for technology and modernization that is going to help someday set foot on Mars.

The aim is to build a permanent infrastructure, a base camp that serves as a station for long journeys. That’s just one foot of achievement taken to trace beyond the limit.

The first take-off from Earth, equipped with SpaceX’s HLS Super Heavy booster, is expected to orbit the Moon in about 3 days. Then just walk into orbit waiting for the astronaut crew, which is to be carried by NASA’s SLS (Space Launch System) Orion carrying four astronauts from Earth.

SpaceX’s HLS should serve as an intermediary that helps carry astronauts from lunar orbit to the surface of the Moon and back at times.

The HLS is designed to dock with NASA’s Orion or NASA’s Lunar Gateway space station in orbit to carry astronauts before landing on the surface of the Moon.

Two of the astronauts are to remain at the lunar entrance, while the other two lands with the starship HLS in the gravity well, the first mission to last about a week where various experiments are to be conducted and the surface to be explored.

The crew is reunited with the rest at the entrance to orbit again after two weeks. The base camp is planned to be located at the South Pole region of MOON, Shackleton Crater which is dark, filled with frozen water, almost in shadow, and exposed to sunlight, following NASA’s criteria for setting up. Supposed to fit. A perfect base and Elon is also interested in that area as well.

The area is favorable because there are watermarks, enough sunlight to keep solar-powered equipment running, and moderately extreme temperatures.

The camp itself will be a haven for the astronauts and all this is being prepared with life support as a priority for them. NASA has already chosen SpaceX to land Americans on the Moon.

As part of NASA’s Artemis program, people will be sent to explore more of the Moon, and the agency has chosen SpaceX to continue building the first commercial manned lander, which will take the next two American astronauts to the lunar surface. will deliver safely.

One of those astronauts will go down in history as the first woman to walk on the Moon. The Artemis program also aims to place the first person of color on the surface of the Moon.

Four astronauts will be launched on the Orion spacecraft for a multi-day trek into lunar orbit by NASA’s powerful Space Launch System rocket. The two crew members will be transferred to the SpaceX Human Landing System (HLS) for the final leg of their journey to the surface of the Moon.

They will board the lander for their short journey into orbit after spending about a week exploring the surface, where they will meet with Orion and his colleagues before returning to Earth.

The firm-fixed-price, the milestone-based contract has an overall award value of $2.89 billion. With this grant, NASA and our partners will complete the first crewed demonstration trip to the surface of the Moon in the twenty-first century,” said Cathy. Luders, associate administrator for NASA’s Human Exploration and Operations Mission Directorate.

“This important milestone puts mankind on a road to long-duration lunar exploration while keeping our sights set on missions farther into the Solar System, including Mars.”

“I believe it will. I believe 2024 is a good bet” following the successful launch of SpaceX’s Crew-2 mission, which is under a contract with NASA’s Commercial Crew Program is carrying four men to the International Space Station, Musk remarked at a press conference on April 23

“We’re going to try to get there early,” he continued. In fact, Musk believes Starship, a massive, reusable rocket-spaceship combination, will begin flying passengers regularly by 2023. With a laugh, he continued, “Obviously, we shouldn’t be building the crater.”

“I have a lot of work to do, but I’m making good progress. We need to make sure that the pace of invention is fast, and it’s ready in a few years.”

According to a report released in 2019, the Trump administration authorized NASA to conduct the first crewed Artemis landing by 2024. That deadline has been deemed unnecessarily ambitious by experts, and it is uncertain whether it will be met under President Joe Biden.

Why did NASA choose SpaceX?

NASA contracts have already been fulfilled by SpaceX. They have grown over the past two decades from a modest start-up to the world’s leading aerospace corporation, launching cargo and astronauts at a rate rivaling that of national space agencies.

NASA currently relies on SpaceX with the lives of its astronauts to reach the International Space Station, relies on the firm to supply the station and entrust its rockets with NASA’s most valuable research missions.

It will be the ultimate validation of the public-private partnership paradigm if Starship succeeds in bringing humans back to the lunar surface.

NASA will get a lunar lander for a fraction of the price of an Apollo-era lunar module, and SpaceX, a private company, will get autonomous access to the lunar surface, previously the sole domain of a country.

Both the entities will move towards Mars at the same speed. With the issue of the growing population concerned by many experts, Elon Musk’s idea of ​​establishing a colony on Mars sounds fine to many.

However, many people are raising questions on ethical issues like do we have the right to do so and many more questions are coming up along with it. It is very difficult to predict what will happen in the future.

After being funded by the government and joining hands with SpaceX, NASA is on the verge of making history again by not only sending humans to the moon but this time setting up a camp as well.

However, it could help explore the possibilities of living in space and could also lead to a new industry of mining for the useful scarce resources found on the lunar surface. It feels amazing in relation to what we’ve done to our Earth.

Thanks for reading till the end. Comment what’s your opinion about this information “SpaceX And NASA’s New Moon Base By 2024”.