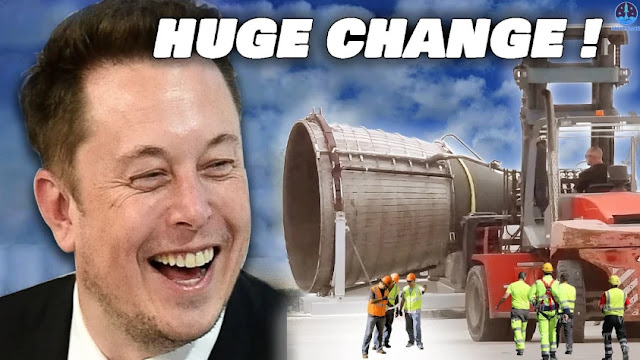 SpaceX Delivered the Most Powerful Raptor Engine to Starbase

Hi guys, in today’s episode we will take a look at some interesting developments from last weekend. First, the Vacuum Raptor engine was delivered to Starbase and its crews stacked the sixth section of the Orbital Launch Tower while Booster 3 was assembled in the high bay.

Next, we’ve got news about Gwen Shotwell, she said that to be shooting for Starship’s first orbital flight test in July. And finally, the Chinese adopt a plan for the Russian lunar axis the late Paul Spudis.

The first vacuum Raptor engines were seen arriving at the production site on 27 June. Wow, the engine we’ve all been waiting for has finally arrived. This is a huge milestone for SpaceX as they try to reach their goal of the first orbital launch of Starship this summer.

It is predicted that in this orbital flight Starship sn20 will combine using three vacuum engines and three C-level engines. It is definitely the perfect and highly desirable combination.

The vacuum is similar to the sea-level version of the Raptor engine but has a much larger nozzle. Regeneratively cooled nozzle for high specific impulse in vacuum conditions which improves efficiency in the space environment.

The optimized Raptor vacuum engine is aiming for a specific impulse of about 380 seconds or 3700 meters per second. And the thrust of 3500 kilonewton which is about 786 thousand eight hundred pounds.

But in this RVAC Elon Musk said “it looks like we can get 378 second ISP with this version of the Raptor Vacuum, so over 380 seconds with some improvements down the road”.

Meanwhile, the sea level engine thrust of 3050 kilonewtons is approximately 686,000 pounds, and a specific impulse is 330 seconds or 3280 meters per second. Imagine how powerful the RVac engine really is.

Now let’s move on to the launch tower, the sixth section was installed early on June 27th. The launch tower will be eight sections high once completed, with two more to go.

Volume seven is fully assembled and ready to be rolled to the bottom of the tower. In the eighth part, the crew continues to slowly perfect the installation of the crossbar, we’ll just have to wait and see.

Meanwhile, the crew is working on the prototype Booster 3. They are trying to complete the process of stacking the remains on top of the super heavy body. It looks like Booster 3 is set to stand 36 rings or 65 meters which once completed is about 215 feet tall.

For the most part, the most challenging and unfamiliar parts of the Super Heavy B3 construction and assembly have already been completed. Designed with complex structural modifications to support the massive grid fin and the first advanced hot gas maneuvering thrusters seen in the forward dome of Public Booster 3 already in the process of being welded into a stack of three steel rings is.

Like bn1, there is a good chance that SpaceX will attach to Booster 3’s upper methane tank separately and then install 13 ring sections about 24 meters long, or 80 feet long, on top of the locks stack. To effectively complete the main structure of the booster.

However, Booster 3 will only be tested on the ground and Booster 4 will orbit with sn20. But it hasn’t stacked up yet so it’s very unlikely that there will be an orbital flight in July.

Speaking at the National Space Society’s International Space Development Conference on Friday, Shotwell said, “I hope we make it but we all know it’s difficult” and “we really want to fly that system or at least try.” are on the verge of doing the first orbital flight of that system in the very near term indeed”.

The orbital test of the Starship rocket which is expected to last about 90 minutes, is set to launch from South Texas and make a splash off the coast of Hawaii.

However, SpaceX is yet to receive the necessary regulatory approvals for such a launch. A source told us earlier this month that the company may have to delay its orbital mission, scheduled for July 1, due to ongoing assessments of wildlife and ecosystems around the launch area.

The source added regulatory reviews that needed to be approved by the Federal Aviation Administration would grant a launch license to SpaceX. As it stands SpaceX’s current license only covers suborbital flights of Starship rockets.

The reviews are needed to ensure that the Starship Super Heavy System will not harm the wildlife or ecosystems around its launch pad in Boca Chica Texas. Which won’t be processed in time to launch in early July anyway.

SpaceX may eventually need a new environmental impact statement that could take up to three years to receive. Shotwell made no reference to the licensing and environmental review process at the conference.

In her later comments, she said that I never want to predict the dates as we will still be in development but very soon.

The Chinese Russian lunar axis adopts a plan for the late Paul Spudis.

Recently a group of Russian and Chinese space officials unveiled plans for what they call an international lunar research center.

Petersburg Russia’s plan for the development of the facility was remarkably similar to that proposed by lunar geologist Paul Spudis and returned to Moon advocate Tony Lavoie at the time planned by NASA.

The first phase of the Chinese-Russian moon base will include orbiters and landers from both countries and possibly international partners if they can be persuaded.

The first phase will be from 2021 to 2025 to test the high-precision landing technology. The second phase will include more technology validation, cargo delivery, and infrastructure development.

The plan envisions the first crude manned landing to take place in 2036. Obviously, China is watching SpaceX very carefully. In any case, US counter-intelligence agencies should keep a close eye on any Chinese attempt to steal SpaceX’s intellectual property.

Beijing should not be allowed to gain an advantage against the United States with its technology. Nor should the planned year of the Chinese-Russian lunar landing be a reason for complacency.

Barring any unexpected developments such as the sudden appearance of Chinese starships, the US and the Artemis alliance of nations, and commercial companies the Chinese must be on the Moon a decade before the Russian lunar axis.

Countries that might think of joining the Chinese-Russian effort would know that they could get their citizens to the Moon much earlier if they threw up with the Artemis alliance instead. Can really happen in a tongue-in-cheek moment.

Imagine that residents of a US-led lunar base greet Chinese and Russian lunar explorers with a cheeky request.

So these are enough for today. Comment what is your opinion about this information “SpaceX Delivered the Most Powerful Raptor Engine to Starbase”. Thanks for reading.