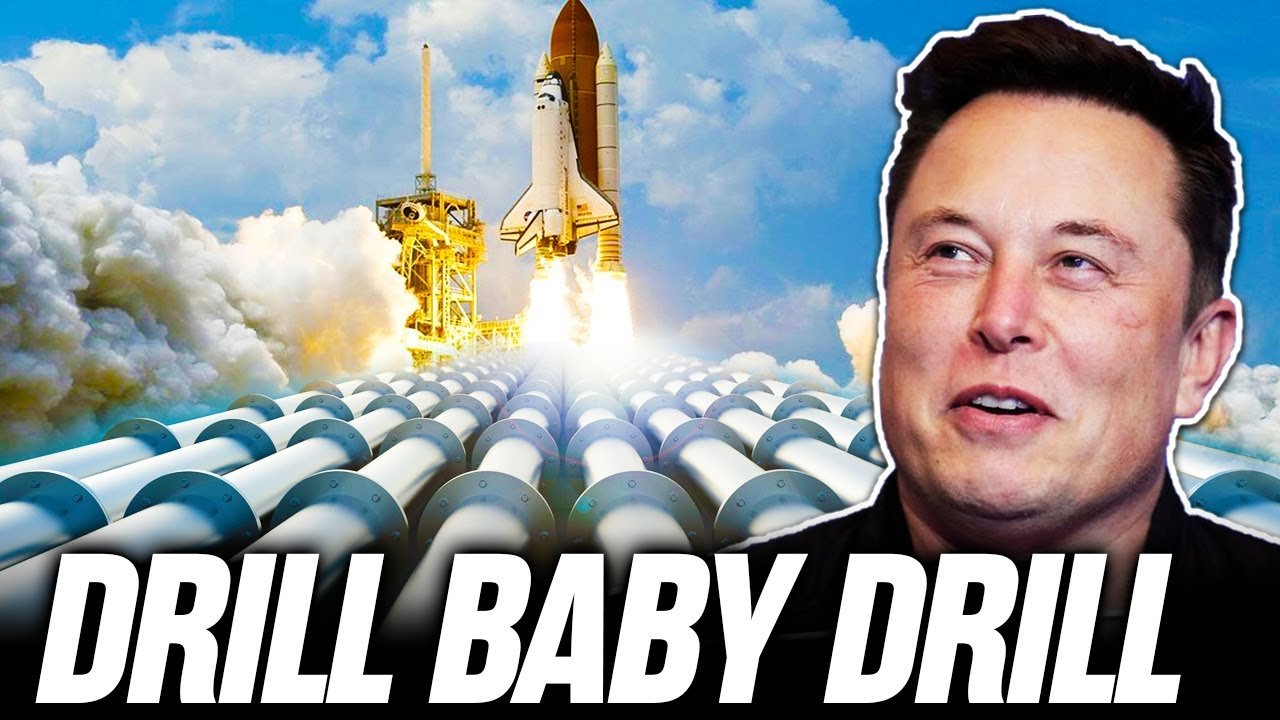 SpaceX Is Building A Giant Gas Pipeline – Silently: SpaceX is not just working on going beyond the earth, but they’re also planning on going into the earth – in search of gas. They’re building a giant gas pipeline.

With the enormity of the things that’ll have to come together for such a project to take shape, why has SpaceX and the mainstream media decided to keep everything about it on a hush? And most importantly, why is a company known for space exploration drilling for oil, and building giant gas pipes? W

Assume you’ve hyped up the creation and delivery of a gigantic rocketship capable of transporting humans to Mars. Assume, for whatever reason, you’ve determined that neither hydrogen gas nor conventional rocket fuel (kerosene) will work for this rocket.

Natural gas appears to be an excellent alternative, doesn’t it? Natural gas from FERC pipelines contains 97+ percent methane with a trace of ethane and is largely free of impurities. It’s also inexpensive and widely available.

Now, assume your rocket factory is less than 20 miles from one of the country’s largest FERC-specified natural gas pipelines, which transfers 2.6 billion standard cubic feet (square feet) of gas every single day.

Considering the fact that your company has all the resources and capacity to get the gas directly straight from the source, saving you millions of dollars you’d rather give to third parties.

Wouldn’t getting it directly and cutting costs be the logical move to make? Well, the answer is obvious, and that’s exactly what Elon Musk and SpaceX are planning to do; Elon Musk, who moved to Texas in January to be right next to his factory, was said to have intentions to dig for natural gas there as well.

It was also further reported that the billionaire’s proposal was disclosed at a hearing before the Railroad Commission of Texas, the state’s energy regulator. Production plans have been put on hold due to a legal disagreement between SpaceX subsidiary Lone Star Mineral Development and Dallas Petroleum Group, claiming ownership of certain dormant wells on the same property.

According to Bloomberg again, Dallas Petroleum Group claims control of both wells as well as adjacent acres. Although it is unknown what the gas would be used for, Tim George, an attorney for Lone Star, stated at the hearing that SpaceX intends to utilize the methane extracted from the ground “in conjunction with their rocket facility operations”.

The one thing to remember in the midst of all this though is rather simple: Only a few media outlets reported the story in January, with social media and the vast segment of the media unusually quiet about it. Why?

Facebook and Twitter’s social media spaces are often critical of billionaires like Elon Musk and Jeff Bezos. If they got to know that one of them was going to dig the earth for natural gas, media traffic would have blown up.

So why didn’t they double down on getting the news out there for their own gain? Well, the SpaceX/FAA draft Draft Programmatic Environmental Assessment (PEA) for SpaceX’s desired expansion into a remote, ecologically sensitive area was filed recently.

The problems with this PEA are numerous, and if insider reports are to be believed, every reading presents a new challenge. It’s a transparent misuse of the National Environmental Protection Act (NEPA).

The law was enacted on January 1, 1970. To date, more than 100 nations around the world have enacted national environmental policies modeled after NEPA. Prior to NEPA, Federal agencies were mission-oriented.

An example of mission orientation was to select highway routes as the shortest route between two points. NEPA was necessary to require Federal agencies to evaluate the environmental effects of their actions.

He rarely has, if ever, mentioned the extent of these plans in detail but SpaceX is actively involved in lobbying the Federal Aviation Agency to approve the massive expansion into Starbase.

The surrounding SpaceX land has had little oil and gas development, and nearby there are almost a dozen wells classified as either abandoned or dry holes, Railroad Commission Records show. However, there is one notable exception.

There’s a little problem though. Musk needs need natural gas that SpaceX can supercool and compress down into a liquid. Enbridge’s pipe is currently at 100% of capacity, and SpaceX needs about 4-5 years after signing a capacity agreement with the pipeline to get the facility hooked up.

Enbridge plays by the rules, so just getting the Pipeline to run underground through federally owned land will require FERC (Federal Energy Regulatory Commission) requirements for planning and installing the pipeline modification.

Plus, Enbridge wants what’s called a “Take or Pay” contract, and they require a sizable down payment before they’ll even start doing anything.

We would like to imagine a couple of SpaceX engineers tasked with drawing up a plan for this pipeline and thinking to themselves the following: We’re a crack team of engineers, who once took a college course on chemical process design, come up with a plan: it’s pure brilliance.

There are some old oil and gas leases a few miles away from the facility. We’ll just take the gas out of the ground ourselves and then send it over to STARBASE, do some light “fuel pretreatment” using a supercooled separation system and then go on our merry way!

Based on SpaceX’s PEA, the main takeaway that can be realized is the fact that they will build a cryo gas plant. Modern cryo gas plants can achieve up to 93% ethane removal and 98% of C3+ (propane and heavier) hydrocarbons.

Regardless of assertions to the contrary, no gas produced by such a facility will ever be “pure methane.” Assuring upwards of 99 percent purity is a service supplied by firms such as Air Liquide, which demand exorbitant prices for certified methane cylinders used for laboratory equipment, and nothing that could be obtained with a combination 200-foot de-ethanizer column.

For use as a combustion fuel, the aforementioned stream will have a virtually similar chemical profile as pure methane. This gas pipeline and the production of gas from it will singlehandedly power all of SpaceX’s rockets and make way for the launch site to achieve ten times its capacity for when it will become Starbase.

There is, however, a major monkey in the wrench and everyone needs to be concerned about it. The NEPA mandated report must include ALL activities related to the proposed action, so if SpaceX intends to power their Spaceport with a power plant and fill the fuel tank up with a gas plant, those related processes must be included in the scope. It’s literally the law.

Field Gas is 70-80% pure and there need to be some leftovers for LCH4 production, say 20%. This is a serious question because reading the Draft Programmatic Environmental Assessment (PEA), one would not know at all.

The gas will come in a pipeline. Because that is how gas is transported. But there’s just a wee little problem. There is no pipeline to the facility, the closest pipeline is 8 miles away, and they have zero capacity. Therefore, Elon needs to build a pipeline.

Elon Musk intends to drill, frack, treat, pipe, and process a full vertically integrated oil and gas operation for the proposed STARBASE complex. In a wildlife sanctuary. In a county that is now touched slightly by Oil and Gas E&P externalities.

Worse, he doesn’t believe the public has a right to know. In an outrageous, humiliating disrespect to 50 years of precedent, progress, and compliance with environmental regulations in our nation, the FAA is poised to de facto rubber stamp this conduct.

This executive order directs CEQ to use its “authority to interpret NEPA to simplify and accelerate the NEPA review process” and requires agencies to “establish procedures for a regular review and update categorical exclusions”.

The Department of Interior Secretary David Bernhardt was criticized for not doing enough to combat climate change after the US hit a record high global concentration exceeding 415 ppm for carbon dioxide.

We may say that all this has permanently impacted the administration practices of US federal agencies and the recent development of SpaceX’s gas pipeline. Details are still shady about this, but we may know more in the coming years.

There is bound to be deep controversy regarding this matter as Musk will not be able to hide this fact forever.

Thanks for reading till the end. Comment what’s your opinion about this information “SpaceX Is Building A Giant Gas Pipeline – Silently”.