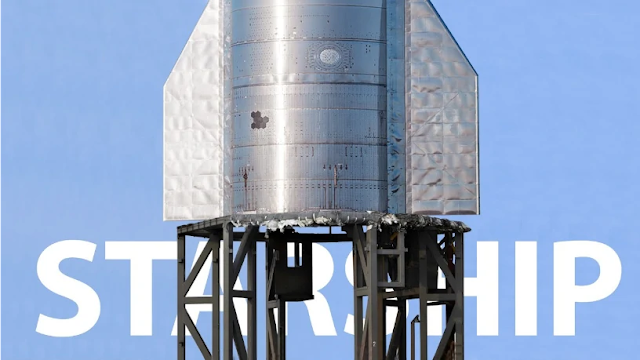 These are the Major Problems of SpaceX’s Launchpad

In late 2018, the first Starship prototype began to take shape. After taking over the dirt field in Texas, SpaceX embarked on a long journey of development with the hope of taking humans to Mars.

Two years later and Starship’s progress has been mesmerizing. In almost every way, Starship is more ambitious than any other rocket in the history of spaceflight.

Not only is it powered by one of the most advanced rocket engines ever built, but it also has additional complexities needed to become the first fully reusable rocket. Starships have been an incredible challenge to design and build, but according to Elon Musk, figuring out how to actually build the rocket is more difficult.

Despite these challenges, SpaceX is making progress at an absurd rate. But one of the most challenging problems that SpaceX will need to solve is not actually the rocket itself, but the launch pad.

On 9 November 2020, SpaceX performed a steady fire with one of its Starship prototypes. This was the first time a fully assembled starship had made a thrust.

The test was completed using a single engine and was done to ensure that the header tanks could feed fuel to the engine during landing. But the test didn’t go exactly as planned. Shortly after the engine fire, chunks of concrete were sent flying overhead from the base of the launch pad.

Although it sounded spectacular, it turned out to be a lot more harmful than before. The concrete pad under the rocket had a deflation coating called Marty, which was designed to protect the concrete during each test fire.

By this point, Marty had done his job. But after months of testing, it eventually deteriorated and the exposed concrete was torn into the air, cracking it. A piece of concrete flew into the engine bay and broke an electrical cable causing damage to one of the engines.

Despite this unusual sight of concrete flying, SpaceX came back the next day and decided to fire another stable, this time using two of its Raptor engines.

During testing, the engines once again sent the concrete blowing into the air – but once the engines were shut down, a much bigger problem was noticed. At the bottom of the vehicle, a glowing liquid was seen flowing over the launch pad.

As it turned out, the internal components of the Raptor engine were completely melted and the glowing liquid was actually molten metal. The reason for such damage is that there was no flame diverter under the rocket.

Instead, the force of the engines was hitting the concrete at a 90-degree angle, creating an enormous pressure point of heat and energy. But of course, SpaceX with its years of experience can see this problem coming.

So it seems that the lack of any flame diversion caused problems for the starship. So why did SpaceX decide to abandon this vital part of the launchpad?

In fact, the Starship launch mounts in Boca Chica are still in a very early design stage and SpaceX is trying to see how far they can get. After all, there will be no launch or landing pad on Mars, so the Starship will have to be able to deal with the debris on its own.

Despite the current launchpad being very basic in its design, Starship’s launchpad will always be very different from the traditional launch pads we have seen in the past. Since the Starship is designed to be refueled in orbit, all fuel lines must be located at the bottom of the rocket.

This would allow the Starship to dock and transfer propellant from tail to tail in space. On most rockets, the fuel lines are mounted on the side of the rocket.

This allows the rocket to have a simpler design in terms of plumbing but requires a much larger structure on the side of the rocket to feed the vehicle with fuel and power.

During a Falcon 9 launch, this structure, also known as the “Strongback,” is quickly pulled away from the rocket as soon as it leaves the launch pad. This allows the Strongback and all of its components to move out of the way of the rocket’s flame and reduces the amount of refurbishment needed for the launch pad.

To achieve this, the launch pad would have to be completely resistant to debris and the force of the starship’s engines. But the debris isn’t the only problem, the sound produced during launch can be extremely damaging to the rocket and launchpad.

When a rocket propels its engines, the hot gases exceed the speed of sound and collide with the surrounding air. This creates shockwaves that blast the launch pad with an enormous amount of energy that is reflected back to the rocket.

During the launch of STS-1, the first Space Shuttle flight, the sound energy produced by the engines was powerful enough to damage some of the protective thermal tiles on the solid rocket booster.

This is why launch pads usually use sound suppression systems to absorb that energy. The most common method is to spray large amounts of water under the rocket.

As the sound waves meet the water, they are absorbed by the air bubbles which shrink and heat up, converting the sound energy into heat energy. But other methods are used to fix the sound problem.

In Kazakhstan, where Russians launch Soyuz rockets, temperatures can be as low as -40 degrees – so a deluge system would simply freeze. Instead, the Russians suspended the rocket over a very large flame ditch, where it is short enough to bounce back shock waves at the rocket.

So why didn’t SpaceX choose one of these methods for its Starship launchpad? To answer that, we have to look at SpaceX’s overall goal with their Starship rocket. They want starships to be able to land on the Moon and Mars and return with little or no refurbishment.

There are no launch or landing pads on Mars. This means that landing on Mars is likely to cause similar problems, with rocks and debris being thrown back onto the rocket.

So, since this rocket is designed specifically for Mars, it doesn’t make sense for SpaceX to cut corners anymore by flying from ancient launch pads. Instead, they need to design the rocket in such a way that it can handle the rough environments of the Martian surface and lunar surfaces.

One way they plan to address this issue for the Moon is to reduce the amount of debris released during the landing. The lunar version of the Starship would have small engines on top of the vehicle that would ignite to slow the vehicle down during landing.

These engines will be at least 50 meters above the lunar surface, reducing the amount of debris. This is the best remedy for Moon. However, this solution will not work on Mars.

Since the gravity on Mars is much greater than on the Moon, the Starship would need to use its more powerful Raptor engines to land. Since these engines are so large, they will remain at the bottom of the vehicle.

So SpaceX will have no choice but to find a way to protect the engine bay from debris. On Falcon 9, all Merlin engines are attached to a structure called an “Octaweb”.

Here, the main engine components are shielded behind an aluminum structure, with only the engine bells affixed. This is mostly to protect the engines during reentry as the rocket first enters the atmosphere with its engine.

The Starship first re-enters the atmosphere, but it will adopt a similar design to protect the Raptor engines from debris upon launch and landing.

As SpaceX’s test program continues, it is likely that they will try to take off and land through rough terrain to simulate a real landing on Mars. After recent stable fire damage, SpaceX has begun shielding the wiring in the engine bay behind the steel pipe.

This is probably the first of many developments that lead to the Starship being armored, so it can handle a worst-case scenario when it finally lands on Mars.

Thanks for reading till the end. Comment what’s your opinion about this information “These are the Major Problems of SpaceX’s Launchpad“.