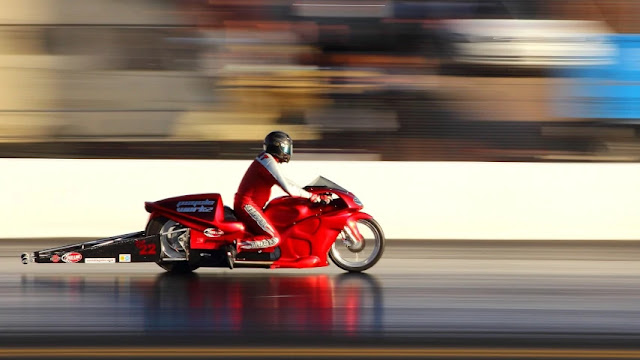 Everyone at some point in their life wishes they could travel somewhere else in time, whether it was their past, their future, or a time they’ve never been to. But what does it mean if I could pick you up and drop you in the middle of the deep forest at some point in history?

In that case, how would you know if you were present or experienced this time before? Well, I can assure you that you won’t be able to do this because it’s as weird or impossible as it seems that every single point in space-time has its own private time.

Two friends are working at a car dealership, their job is to test cars and make sure everything is working. Friend Alex has been reading about general relativity recently and one day while he watched his friend Jack testing a car he made an interesting observation and explained it.

Of course, Jack answers well what your point. Alex ignores his and is convinced that something strange is happening so he decides to do an experiment.

The next day Alex shows up with a strange box with a number display at the top. Jack is definitely confused and asks about it. It is a light clock replies Alex it’s exactly one nano light-second in diameter and has a sensor inside. Each time a photon bounces back and forth five hundred million times a second.

Next Alex takes a watch and decides that he will drive in a straight line from A to B and make sure the journey lasts five seconds. Again Alex turns on the box at A and then five seconds later at point B he turns it off. Sure, the clock says it takes five seconds to complete the same journey but that’s why it matters.

You see light inside the clock. As the photon bounces back and forth, it travels one light-second every second as light. So after five seconds, the photon has traveled five light seconds. Although when Alex and Jack turned the clock forward the photon also traveled the same distance from point A to B, Jack clearly had to travel as far as Alex to reach point B. 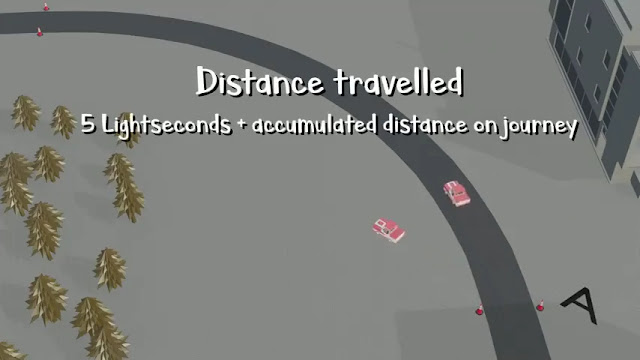 That means the photon inside the clock somehow went further than the distance it’s supposed to travel in five seconds. This means Jack somehow broke the laws of physics or as Alex had been reading because Jack was accelerating, time was being slowed down for him so that light could behave how it was supposed to inside Jack’s clock but now the question asked is why and how.

Firstly I want to throw some numbers and math at you, even though time slowed down for Jack compared to Alex the amount of slowdown is so insanely stupidly minutely imperceptible, there’s no reason to consider.

It so let’s say Jack was driving 72 kilometers an hour around a curve with a radius of 40 meters that would give Jack a linear acceleration of 10 meters per second squared which over a period in which Alex experienced five seconds passing.

Jack’s times slowed down for him to experience this many I’m not even going to try to say it but it’s basically five so yes it slowed down but at the human speed it’s not even a thing but why does it change.

There’s this thing called frame of reference that gets thrown around a lot when talking about general relativity and physics and basically, it’s how we describe how we can expect things to react or behave.

Some things can look identical in two frames of reference but behave very differently. That may sound like nonsense so let’s go through an example to visualize what that means.

Suppose we are in a large sphere with no unique characteristics or shadows so there’s no way to gauge our own velocity. Ear floats a little spaceship that fires projectiles at 50 meters per second and over.

We no longer have a defined frame of reference so we can no longer predict what is going to happen. Physics can go crazy on us here either the ship is moving towards us at 50 meters per second which means its fire to the projectile is now moving at 100 meters per second and will shatter the glass plane. 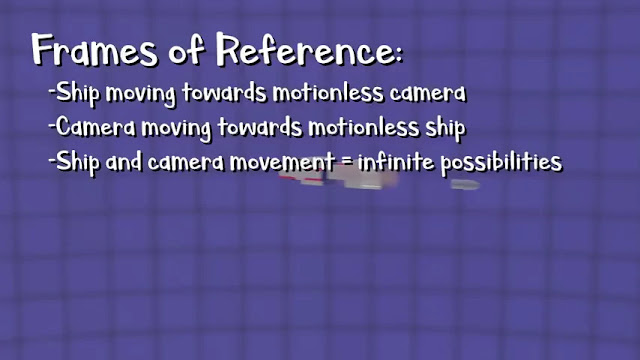 Therefore this scenario looks identical to multiple frames of reference but can have multiple outcomes only when we look at the plane of glass can we triangulate relative positions and velocities and create a unique frame of reference.

We can be confident in predicting what will happen within our physical world. The same thing occurs when we talk about not just physical Newtonian objects but light itself. Einstein’s theory of relativity means no matter what speed you are traveling in the universe light must always appear as the speed of light.

So if we were in our car traveling roughly 90 percent the speed of C well then photons traveling inside the car not only traveled the distance from one side to the other but they also have to travel the distance the car travels during that same time period which of course is a distance further than light can travel in that period of time.

Therefore the car’s frame of reference is modified and space is contracted or squished little and time is slowed down, so that light can travel the distance it needs to travel in the correct amount of time but let’s see what happens when we accelerate.

To help me visualize what is happening I like to think of the universe as a big simulator or computer and it calculates how physics and lightning to interact for each unique velocity or frame of reference.

So before the car goes around the corner the universe sees that it is traveling at 72 kilometers an hour in this direction. 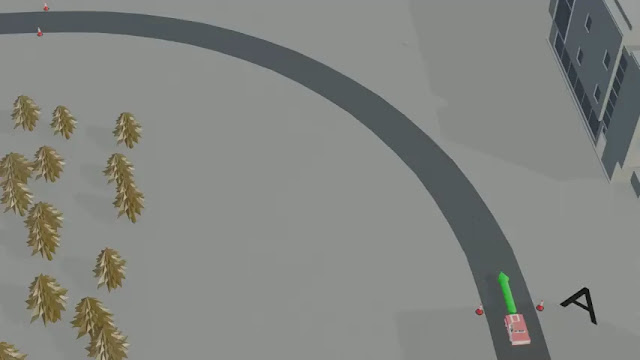 So each time the universe calculates new laws of physics for that frame of reference. There’s a tiny little buffer of time where it needs to think the greater the acceleration the more buffering that needs to occur to calculate new frames of reference and thus time passes slower while this is happening.

Now, this buffer concept is just a way to help visualize what’s happening whether you want to think of time dilation as time slowing down so that light can travel the further distance in a given period of time or that changing one’s frame of reference and energy requires a little time and effort from the universe to calculate. It doesn’t really matter.

What matters is that you understand how or why acceleration dilates time and that you can visualize it.

So if we imagine any kind of path and someone drives a car from one into the other. We can then compare the distance of photon had to travel than a light clock in the car versus a photon in a light clock with a constant frame of reference and then we can estimate the dilation of time.

Finally, let’s talk about the time dilation that you’re probably most interested to learn about. You may have seen a little movie called interstellar where the protagonist visits a planet whose time passes much slower than that of those back on earth but why.

Explain in the movie that the planet is close to a supermassive black hole and its gravity is the culprit for the slow time but how does that work. In my last article on gravity, I explained how curves in the fourth dimension cause objects in space to converge with one another. 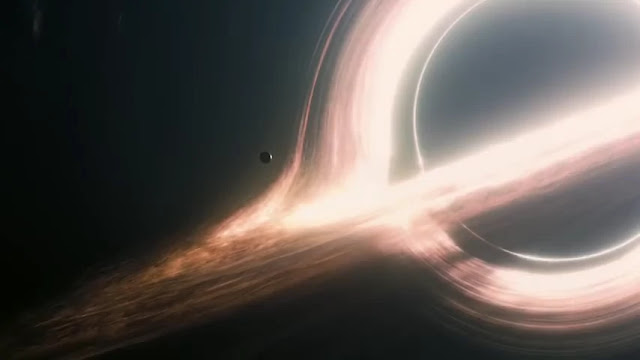 This convergence is what we call gravity and the stronger or more intense the curve that the fourth dimension is the stronger gravity is because gravity causes our paths through space to curve themselves into each other.

Gravity is identical to acceleration this is the idea behind Einstein‘s equivalence principle gravity behaves no different length than acceleration. So the stronger gravity is the more we are accelerated and as we just learned acceleration causes time dilation as our frame of reference is being constantly changed.

For comparison, every year that passes on the surface of the Sun a year in 67 seconds passes on earth and the Sun has some pretty strong gravity. So yeah I don’t know if that planet could exist with that strong gravitational forces someone let me know.

Yes, of course,  your natural path through space would be to go parallel with the Earth’s surface but of course, instead of going that way, you’re going that way which is a turn or acceleration and thus causes some time dilation. So remember if it feels like time is slipping away and moving faster the best way to slow it down is to travel new paths go to new places and constantly accelerate yourself to new experiences.