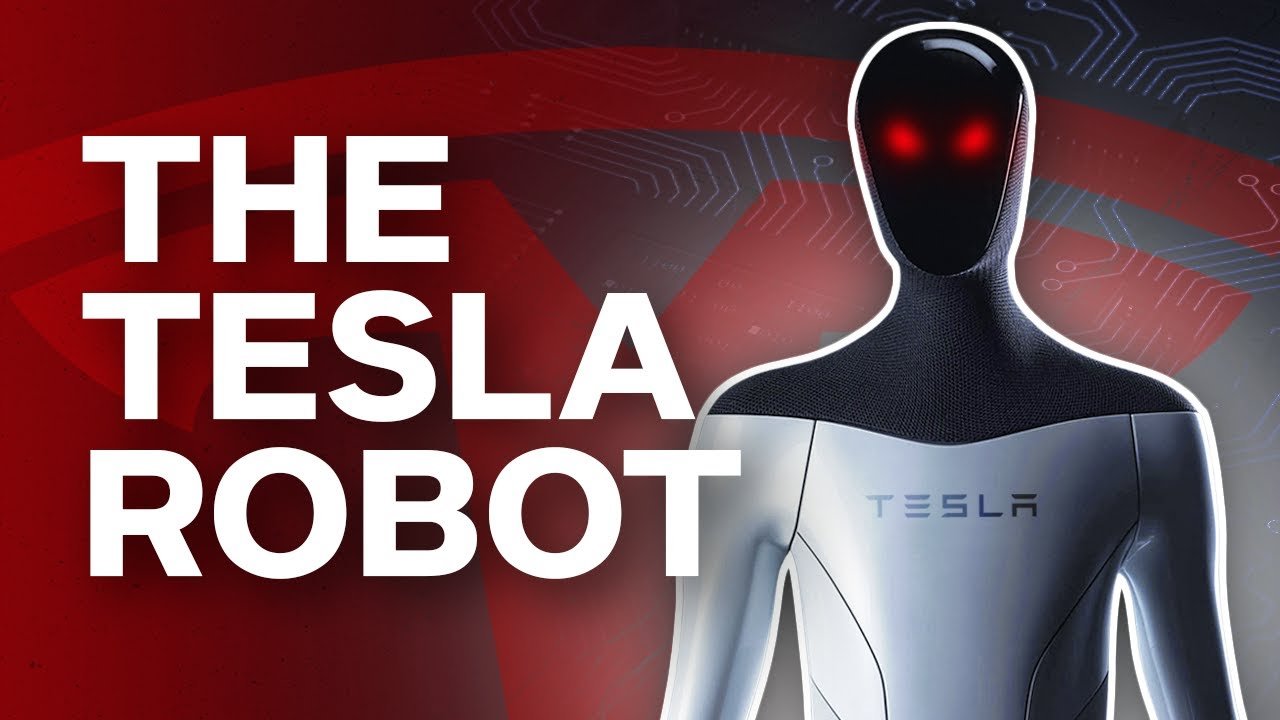 Why Tesla Is Making A Robot: Will Elon Musks’ dancing robot one day liberate mankind from the tiresome drudgery of manual labor? He certainly seems to think so. And along the way, the Tesla supremo reckons he can solve some of the gnarliest problems in AI, not least how to dance a flawless Charleston.

Join us today as we cut a rug alongside Elon Musk’s next invention: The Tesla Bot. Tesla’s AI Day took place just a few days ago, broadcast live from a budget-conscious arena somewhere in Palo Alto.

In truth, the event wasn’t actually about robots at all. Instead, Tesla’s top technical brass gathered to breathlessly report on the latest progress they’d made along the road to FSD, or ‘fully self-driving’ cars.

The plan? To inspire and ultimately recruit the next wave of talent that’ll propel Tesla into the future. Ganesh Venkataramanan, senior director of Autopilot hardware, told the assembled throng about his firm’s brand new D1 chip.

D1 is a sleek new 7-nanometre stamp of silicon that promises to beef up Tesla’s processing muscle, and, as they make it in-house, escape those irksome production bottlenecks that’ve hamstrung the entire auto industry of late.

Don’t worry, we’re slowly getting to the dancing robot. Why does Tesla need so much computing power? To improve the iteration rate and deep-learning evolution of its centralized AI self-driving algorithm.

Those D1 chips – second only to the Apple M1 in terms of processing performance – will be grouped in mighty squadrons of 25 and arranged on a so-called ‘training tile’. 120 of these training tiles will comprise the nerve center of Tesla’s new DOJO system.

Dojo, named for the traditional Japanese house of learning and reflection, is designed to process trillions of real-world data inputs from Tesla’s fleet and hopefully, one day develops an AI self-driving algorithm that doesn’t randomly crash into fire trucks.

Musk’s brainwave – at the climax of a dry presentation, heavy on technobabble – was to suggest the DOJO system, the fastest AI training machine in the world by his reckoning could do much cooler stuff than drive you to work.

‘Our cars are semi-sentient robots on wheels,’ Musk told the hushed AI Day event. ‘So it kind of makes sense to put that onto a humanoid form.’ Believe it or not, the off-brand Daft Punk tribute act Musk shared the stage with that day isn’t actually a real robot.

It was a man in a suit, doing a little dance. But the man in the suit was nonetheless illustrating a very important point. A self-driving car, capable of navigating a complex, dynamic real-world city, will require similar intelligence, intuition, and planning levels to those we’d expect from a regular human.

A useful, near-future AI-enabled bot should, in Musk’s view. ‘…be able to go to the store and get groceries for me, that kind of thing.’ Tesla has reportedly been working behind the scenes with legendary roboticist Dennis Hong, an authority on humanoid bots.

And the leap from cars to humanoids needn’t be that huge. After all, the margins for error on a self-driving truck that might kill a hundred people if it goes awry is a lot narrower than for one man-sized robot that might drop a tray once in a while.

The Tesla Bot would soon find countless real-world applications, carrying out, as Musk put it, ‘repetitive and boring tasks.’ That could be anything as mundane as sweeping the streets, or as dicey as rescuing earthquake victims. ‘Essentially, in the future’ says Musk, ‘physical work will be a choice.’

In light of this Musk reiterated his support for a universal basic income, which would almost certainly become a global policy necessity if his dancing robot took all the jobs. ‘Not right now though,’ he cautioned. ‘Because the robot doesn’t work.’

Details on the Robot’s inner workings were, it must be said, thin on the ground. We know it will stand 5 feet 8 inches tall, with a Tesla FSD computer occupying much of its torso.

Its head will contain cameras. and will apparently incorporate a screen for communicating important technical information. Some 50 electromechanical actuators distributed throughout its body – 12 in each hand, 12 in each limb, and a pair each in its neck and torso – will render the Bot limber agile and fit. Just not too limber, agile, and fit.

“It will be friendly, of course,’ joked Musk, a man who has repeatedly voiced abject terror that AI will inevitably lead to humanity’s violent undoing. ‘We’ll set it so at a mechanical and physical level you can most likely overpower it. ‘You can always run away from it.’

If you’re wondering why Musk is venturing into a field he’s previously warned us and others away from, his answer is that ‘… if Tesla doesn’t do it, someone else will.’ One critique of the design – internally codenamed ‘Optimus’ – is that it’s too sleek and human-like to be feasible.

The current leader in humanoid robotics, Boston Dynamics, is nowhere near as svelte with its Atlas model, and that’s been a work in progress for a decade. Why build a robot to be a humanoid, when a four-legged figure is far more stable? Or why imagine hundreds of Tesla bots working in a factory, when the smartest factory robots today aren’t humanoid in the slightest.

One answer is that, if we want assistants – or servants – to navigate the human world, it makes sense for them to resemble us. Door handles and staircases are designed for bipeds of a certain height, with opposable thumbs.

Most likely the truth is that a charismatic dancing robot was exactly what promotional genius Elon Musk needed to jazz up his boring presentation. Which was designed, in any case, to recruit the software nerds who will actually build Dojo, and who presumably lap this stuff up.

And as for delirious speculation that Tesla Bots will be on the next Starship to mars, laying the foundations of mankind’s first martian colony…. Well, either Elon will pull it off in a matter of years as he promises. Or once again he’s leading us all on a merry dance.

What do you think? Are Elon’s robots the future, or just a cynical example of corporate clickbait? Let us know in the comments.

Thanks for reading till the end. Comment what’s your opinion about this information “Why Tesla Is Making A Robot”.

3 thoughts on “Why Tesla Is Making A Robot”