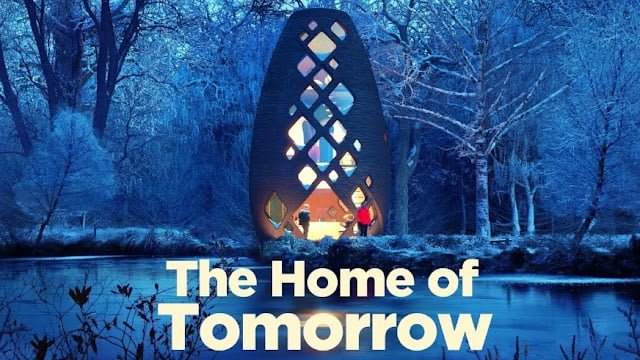 Future Homes Will Be 3D Printed: A powerful violent tornado comes and destroys everything in its path. Your house is now just a pile of rubble. You will need to spend several months in a shelter elsewhere during the rebuilding of your home. Imagine if your house could be built in a few days.

3D printing has the potential to build your home from the ground up faster and for less money than a traditional home, which means no more smoothing out concrete by hand, among other things. The technology can physically produce a product of almost any size based on a digital image.

It works by overlapping thin layers of a single material, not unlike icing a cake with a piping bag. And with it, you can make almost anything you can imagine, from children’s toys to prosthetics, to automotive parts.

The same technology now has the potential to disrupt the entire construction industry. Europe’s largest 3D printed residence is currently under construction in the German state of Bavaria.

A three-story, 380-square-metre, 4,000-square-foot apartment complex made of concrete. While it usually takes five people five days to make a Surface, it takes only one day for two people to work with 3D. Time-saving and cost reduction.

Further reduction is found in reducing waste because the printer knows exactly how much material to use, whereas today, most walls in a home are the same thickness, whether it is structurally required or not.

This is not the first construction of its kind. In 2018, the Ramdani became the first family to move into a 3D-printed home as part of a social housing project in the northwestern French city of Nantes.

This house took only 54 hours to print and costs 20% less than a comparable home built in the traditional way. White insulator material is layered on both sides of the concrete.

Curved walls that come with more freedom in design improve air circulation and reduce humidity. In the United States, ICON envisions similar savings. The Texas-based company has partnered with a nonprofit to build homes for the homeless in Austin and affordable housing in Mexico.

Using the latest technology, it can print a 400-500 sq ft home in just 24 hours. After building two dozen small 3D homes, ICON is now building much larger homes at market rates. But its most ambitious project is out of this world.

NASA has given ICON funding to research and develop technology to build living quarters on the Moon using raw materials. The company is experimenting with a substance such as lunar regolith, the debris that covers the Moon’s surface.

To build in such an environment would require some ingenuity. This is how it can be done. The dome of the housing capsule is inflated and serves as a support structure – just like the scaffolding here on Earth.

Robots scoop up the regolith, then print a shell that is lightweight, yet strong enough to protect against radiation, meteorites, and temperature fluctuations. The same template that could be used for the inhabitants of Mars would also depend on the natural materials found there.

AI Spacefactory plans to build an egg-shaped house based on this prototype called MARSHA, which won NASA’s space habitat competition in 2019.

The company says that Marsha can be made using basalt fibers extracted from Martian rocks and renewable bioplastics processed from plants grown on the Red Planet. According to the firm, the material has been tested to be stronger and more durable than concrete.

Construction on Mars is still a long way off, of course. But, similar housing is already available for rent closer to home, in upstate New York. There are plans to recycle it around the world and rebuild more advanced versions.

Although 3D printing is spreading, there are limits to overcome. Some printers do not work properly when the temperature drops below freezing. Errors in the digital model can result in major problems on site.

Some materials, including wood, cannot be printed. And the printers may not all work…yet. Construction workers still need to add things like roofing, but overall the new technologies used on construction sites in the future will require far less labor.

A robot recently did all the brickwork for a three-bedroom home under construction in northern England. It’s not all bad news for the workforce, however, as new, high-skilled jobs like modeling can be created.

Mighty Buildings, a California-based company, likens the 3D manufacturing industry revolution to the current transformation in the auto industry, with Tesla leading the way with its advanced technology.

Mighty Building’s printed studios start at $183,000 in a state where the median home value is $700,000. They are produced at the company’s Oakland factory using a lightweight stone material that hardens when exposed to UV light and is more thermally resistant than concrete.

Once fully completed, they are delivered to the site, and dropped onto an existing backyard or soon on top of a garage. The company also plans to launch single-family homes in the near future.

And, as technology improves, so does the ability to print very large buildings, such as the two-story, 7,000-square-foot administrative office in Dubai – the largest 3D printed building in the world.

The Middle Eastern city is fast becoming an international printing hub and it is expected that a quarter of all new buildings will be 3D printed by 2030. It’s hard to imagine that the rows and rows of identical homes common in North American suburbs might not be the norm now and in the future.

The construction industry has traditionally been slow when it comes to adopting new technology. But 3D printing may prove difficult to resist and may quickly become mainstream, providing more and better housing options for people in this world and beyond. The big question is, would you like to live in a 3D-printed house?

Thanks for reading till the end. Comment what’s your opinion about this information “Future Homes Will Be 3D Printed”.

1 thought on “Future Homes Will Be 3D Printed”