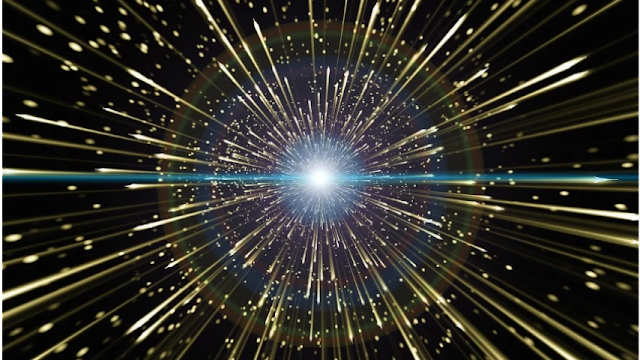 The Beginning of the Universe – According to Stephen Hawking

Of course, the beginning of the universe was long discussed. According to many early cosmologies in the Christian/ Jewish/ Muslim tradition, the universe began in a finite time and was not too distant in the past.

One argument for such an introduction was the feeling that it was necessary to have a first cause to explain the existence of the universe. Another argument was made by St. Augustine in his book “The City of God”. He pointed out that civilization is progressing, and we remember who did this work or developed that technology.

Thus man, and perhaps even the universe, could not have been around for so long. Otherwise, we would have made more progress than ever before.

St. Augustine accepted the date to be around 5000 BC. For the creation of the universe according to the book of Genesis. It is interesting that this is not far from the end of the last ice age, around 10,000 BC.

On the other hand, Aristotle and most other Greek philosophers did not like the idea of ​​creation because it involved too much divine intervention. Therefore, he believed that the human race and the world around it existed, and always will be.

He had already considered the logic of progress described earlier, and answered it by saying that there have been periodic floods or other calamities that repeatedly bring mankind back to the beginning of civilization. When most people believed in an essentially static and unchanging universe, the question of whether or not it had a beginning was really one of metaphysics or theology.

Either way, what was observed can be accounted for. Either the universe existed forever, or it was set in motion at a given point in time as if it had existed forever.

But in 1929, Edwin Hubble made the historic observation that wherever you look, distant stars are moving away from us faster. In other words, the universe is expanding. This means that the objects must have been closer to each other in earlier times.

Actually, it seemed that there was a time about ten or twenty thousand million years ago when they were all in exactly the same place.

This discovery eventually brought the question of the beginning of the universe into the realm of science. Hubble’s observations suggested that there was a time called the Big Bang when the universe was infinitely small and, therefore, infinitely dense.

If events happen before this time, they cannot affect what is happening at the present time. Their existence can be ignored because it would have no observable consequence. One could say that time began with the big bang, in the sense that earlier times could not be easily defined.

But it would be redundant to assume that it was created before the Big Bang. An expanding universe does not preclude a creator, but it does place limits on when it has done its job.

So these are enough for today. Comment what is your opinion about this information “The Beginning of the Universe – According to Stephen Hawking“. Thanks for reading.