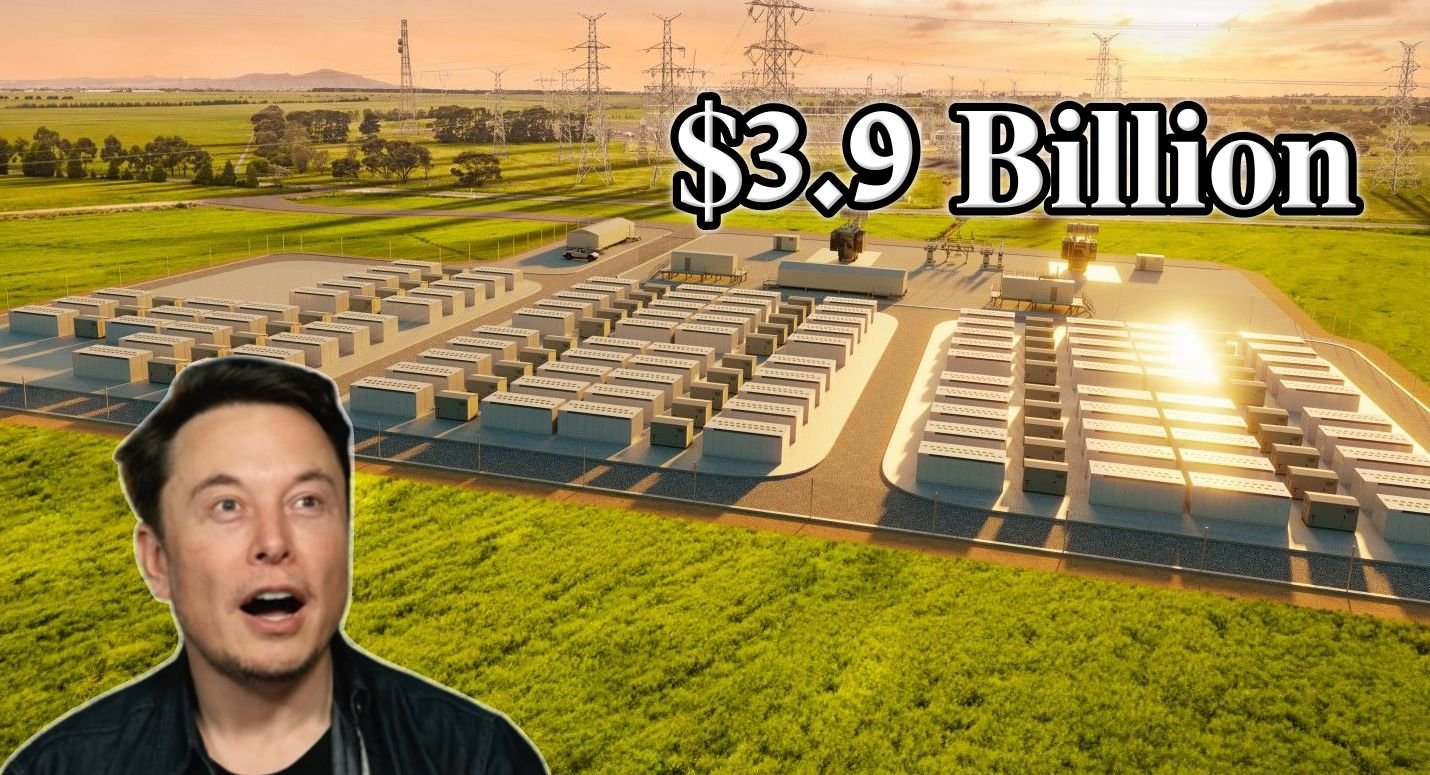 $3.9 Billion Cost New Electric Car Battery Factory Unveiled: Electric cars are quickly becoming the focus of automakers’ attention, and analysts predict that by 2035, they will account for one-quarter of all newly sold vehicles. Nevertheless, at that time, just 13% of the automobiles on the road would be electric vehicles. Why is that?

It is because the life expectancy of older cars are typically between ten and twenty years. Even in 2050, when it is expected that electric cars will account for 60 percent of new sales, most vehicles on the road will still be powered by gasoline.

The sluggish turnover of fleets is a significant obstacle to climate policy. These numbers motivate nations and organizations to accelerate the development of Giga factorys and contribute funding in the billions of dollars.

Climate change is a major issue worldwide, and governments and automakers are focusing on selling more environmentally friendly electric vehicles. However, it may be years or perhaps decades before the technology significantly impacts greenhouse gas emissions.

So, there is no time to waste since manufacturers have ambitious ambitions to increase the manufacturing of battery-powered electric vehicles (EV). There is also an impending shift in post-Brexit trading restrictions that would limit the possibility of importing inexpensive Asian batteries.

However, there is a lack of suitable locations for “gigafactories,” and some local manufacturers have decided to import electric vehicle batteries from mainland Europe. Both factors are creating challenges, and executives and politicians believe that the government should do more to address them.

Electric vehicle manufacturing might be jeopardized if Britain does not increase its battery production capacity on time. Some individuals are concerned that if there are not enough battery factories, automakers may exit the sector, which would be disastrous for an economy that employs around 170,000 people.

Jim O’Boyle, a councilor in Coventry, central England; which has cleared a site for a possible factory but has not yet found an investor; stated that “it’s not just about giga factories;- it’s about the complete infrastructure” of local auto suppliers.

If we don’t handle this situation correctly, we might end up losing everything.” The British electric vehicle (EV) battery supply chain will get help from the government for up to 1 billion pounds or 1.2 billion dollars.

And according to estimates made by professionals in the sector, the country requires between four and six big battery factories to maintain a robust automotive industry.

There is now one tiny Nissan (7201.T) plant in Sunderland, which has a capacity of 1.9 gigawatt-hours (GWh), and there are plans for two more plants that are significantly larger.

The new battery factory in the UK A new company called Britishvolt is getting support from the government for 100 million pounds as it constructs a plant near Blyth; which will produce 38-gigawatt hours of electricity and cost 3.8 billion pounds.

In Sunderland, Nissan and its Chinese partner Envision AESC are constructing a second facility with a capacity of 9 GWh that has the potential to grow to 25 GWh. A Memorandum of Understanding has already been inked to supply Lotus Cars and Aston Martin Lagonda.

And according to Paul Franklin, British Volts Property Director, “This represents yet another significant milestone for Britishvolt, UK plc, and the world-class automotive sector in the United Kingdom.”

The United Kingdom will be better prepared for the energy transition thanks to today’s new scale-up facilities. These facilities will assist the country in building on the intellectual property it has developed domestically in the field of batteries.

It’s possible that he was also anxious that the United Kingdom would lose its direct access to the market in the European Union.

According to a representative for the United Kingdom’s Department of Business, Energy, and Industrial Strategy, “We are well on our way to obtaining the number of gigawatt hours needed to host a globally competitive electric car sector… and we are actively seeking to secure more investments.”

However, across the European Union, scores of new plants are either in the planning or building phases. The European Union (EU) has expressly allotted 2.9 billion euros or 3.1 billion dollars to support battery factories, while individual member states have contributed extra funding.

Researchers from Benchmark Mineral Intelligence have projected that the United Kingdom would require a minimum of 175 GWh of battery capacity by the year 2035 to serve about 3 million electric vehicles.

It is now anticipated that Britain will achieve 56.9 GWh by 2030, while the whole of Europe is projected to reach 821.3 GWh.

The “rules of origin” that will be enforced beginning in 2027 require that a minimum of 70 percent of an electric vehicle’s battery pack come from the EU or Britain for cars manufactured in the UK to be exempt- from paying tariffs in their primary market in the EU.

Because electric vehicle batteries are cumbersome and expensive to ship, producing them locally is considered necessary for the automotive sector’s success. Around 2025, there will be an influx of brand-new electric vehicle models.

Since manufacturing lead periods for new cars are lengthy and the chemical composition of electric vehicle batteries might change, production contracts need to be finalized as soon as possible.

Building a battery plant requires a significant amount of time and labor, a large quantity of land, an abundant supply of electricity (ideally from renewable sources), and water. However, there are currently not too many appropriate places in Britain.

EV pioneer Andy Palmer, who is presently the CEO of electric vehicle manufacturer Switch Mobility and chairman of Slovak battery startup InoBat, stated that “in terms of shovel-ready land in the UK, there isn’t an obvious abundance of locations to go.”

“If the giga factories don’t come here, the auto firms will go where the giga factories are.” Where will this new Giga factory be built? Executive Chairman Peter Rolton enumerates the location’s benefits of the building site for Britishvolt in Blyth.

It was a coal heap used for a power plant in the past, and it offered a large amount of land at a reasonable cost. Additionally, it had an appropriate grid connection and was located adjacent to a seaport for the supplies.

An underwater hydroelectric power cable from Norway emerges through the earth on the other side of the road. Despite this, the first year of production for Britishvolt is not scheduled to begin until 2024, four years after the location was selected.

It will take longer to develop other possible sites, such as the one in Coventry that already has planning clearance; because those locations either lack suitable land or require improvements in their electricity system.

Only the Slovakian startup InoBat is publicly looking at sites in the United Kingdom and other western European countries, and this summer, a decision is expected to be made. —- It would be difficult to export batteries to Europe because other countries already have their own battery plants.

Bentley, a luxury brand, will get its batteries from northern Europe. However, if local sourcing offered comparable performance, quality, and affordability levels, the company would be more than willing to consider switching.

According to Switch Mobility’s Palmer, transporting batteries from the EU to the rest of the world would be too expensive for the average vehicle that is expected to be sold in the EU over the next ten years.

On the other hand, luxury automakers have the financial resources to do so. —- Europe needs to catch up in terms of EV battery production as they are clearly falling behind from the US and China.

They will need to speed up their processes and construction in order to reach their goals by 2035. Do you think Europe, specifically, the UK would catch up? What are your thoughts on this?

Thanks for reading till the end. Comment what’s your opinion about this information “$3.9 Billion Cost New Electric Car Battery Factory Unveiled“.