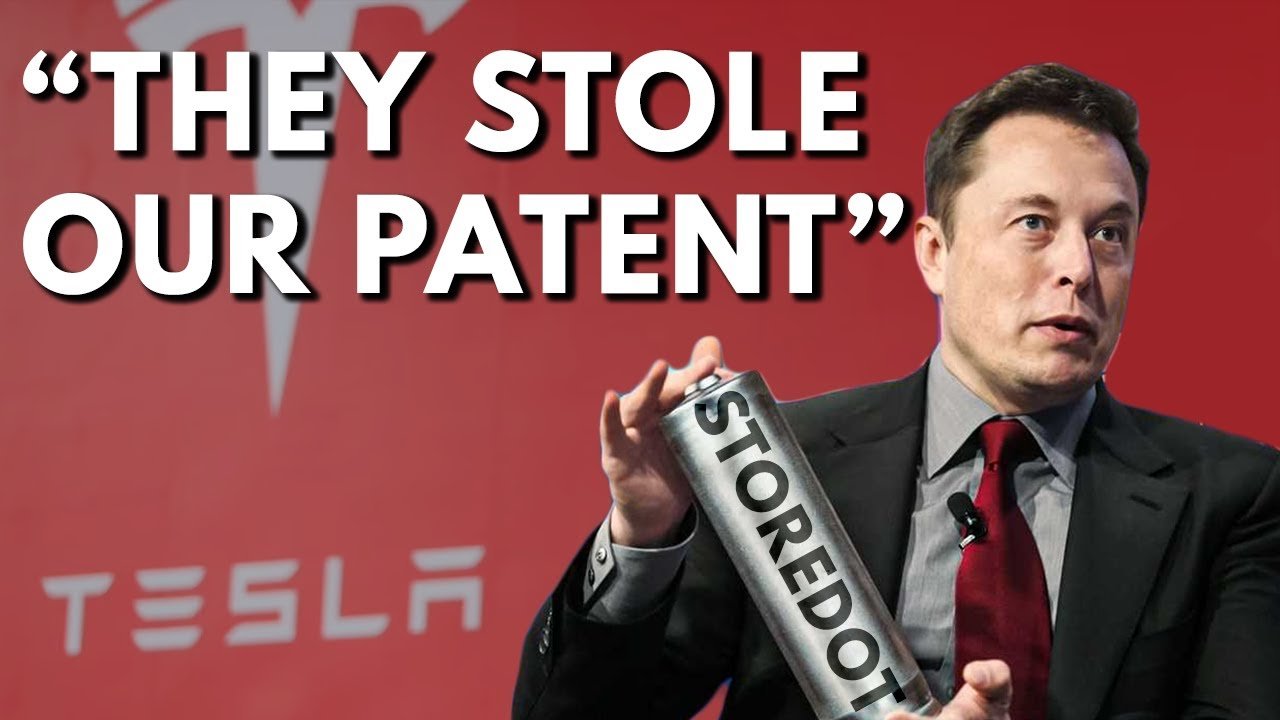 Tesla 4680 Battery GOT STOLEN According To Elon Musk: The world of EVs is advancing, and it is taking a super impressive turn. Tesla, the world’s renowned EV producer, boasts of not just the best cars but the best batteries.

Until recently, Tesla’s batteries have led the EV battery market. The 18650 battery cell, the first of its kind and the not so recent 2170, Tesla batteries and cars have commanded a monopoly over the EV industry effortlessly. However, the tides have changed as Israel-based manufacturer StoreDot has replicated the 4680 and has improved on it. Tesla is one of the leading companies in the electric vehicle industry.

This company has gained a monopoly in the market; with its technologically superior cars and high-definition features, one of the highlights of the Tesla model being the batteries. And they vary from model to model.

For example, in the Model S and X, there are 18650 cells, which is regarded as one of the best battery cells produced. Well, the Model 3 and Y houses the 2170 battery cell.

This is because these cars come with different features and technological components, which means that they would require stronger batteries or their efficiency would be in question. The breakthrough, 4680, would revolutionize the performance of new models of Tesla cars.

Developed by Panasonic, the battery is more advanced than any EV battery cell ever produced. Hence, it becomes a big deal if that battery that took the manufacturer years of research and development to make is replicated by another company in record time, with even better battery life.

The A-series, produced by StoreDot, boasts of a better component than its original, with the highlight feature of fast charge, within a record 10 minutes. This sounds almost too good to be true, but the words of the CEO somewhat confirm it.

Electric Vehicles are more than the beautiful exterior and the mind-blowing interior design. It is like a phone; when you consider the components of a phone, the battery life is part of the first five things you consider before making the purchase.

This applies more to electric cars; you would not want to be in a hurry and have the battery dying on you, now would you?! Hence, producers of electric cars are constantly looking for ways to improve the battery technology of their cars.

Tesla, the leading manufacturer of electric vehicles, is not different. Changing, rebranding, and remaking their batteries and their cars to suit the needs of their users. The latest advancement to their batteries is the supersonic 4680 battery cell. This battery was produced by Panasonic, one of the leading companies in battery production and other electronic devices. According to sources, this highly advanced technology is due to power future Tesla cars.

The 4680 batteries will be complete with five times the storage capacity of current Tesla battery packs and will cost 50 percent less to build. A whopping upgrade for a lesser production price! 4680 refers to the dimension of the battery.

It expands as 46 millimeters which are 1.6 inches by 80 millimeters which is 3.1 inches tall. According to Elon Musk, there will be a 100-fold increase in battery production by 2030, thanks to the new battery type, and the new cell design produces six times the power of current cells.

The upgrade both in battery capacity and production of batteries is to give competitors a run for their money. The 4680 cylindrical structure is unique to Tesla as it is the only automaker using this structure, and the additional energy capacity of the new 4680 cells is not voodoo.

Almost obscure, StarDot is an Israel-based startup company with a focus on manufacturing EVs and battery cells. This company, before now, has been absent from the world’s radar. With its excellent, obviously advanced copy of the 4680, the company has debuted in the tech Hall of Fame.

The company announced that it produced the first 4680 cylindrical cells, like the ones unveiled by Tesla at Battery Day. This is a tough and arguably bold thing to do, considering the fact that Musk is not one to be toyed with.

The company did not stop there; in the announcement, the company claimed that this copy is way more advanced than its original, stating that it can charge to capacity in just 10 minutes.

A classic case of Plato and Aristotle. StoreDot is working toward production at a scale large enough to supply manufacturers of electric vehicles with XFC pouch cells that will decrease charging times by roughly half.

StoreDot has already started to ship A-Sample cells in China and will be sent to automotive companies for testing in the near future. StoreDot provides automotive manufacturers a clear technology roadmap for a versatile and rapid transition to electrification, thus enabling a cleaner world.

In a world-first, the company demonstrated the prototype 4680 form factor that is fully charged in just 10 minutes. StoreDot’s extremely fast charging cylindrical cells utilize a 4680 format, the one increasingly favored by global carmakers, and have been in development for over three years. Pioneering work for these breakthrough technologies was kicked off at Warwick University in the UK.” The CEO goes on to say, “Achieving the goal of extremely fast charging a cylindrical cell in only 10 minutes has been on StoreDot’s technology roadmap from day one.

After three years of vigorous development and testing, leveraging multiple vectors of our world-class research, I am hugely proud of the effective collaboration across our globe that enabled this important achievement.

It’s highly significant that we can offer Electric Vehicle manufacturers the choice of cell formats, utilizing our XFC technology that will overcome the current barriers to EV ownership: range and charging anxiety.”

The Israel-based company is confident in this achievement and says that it would achieve massive production of the novel cell by 2024. At that point, ScaleDot expects to have a fully-functional product that will fast-track the development from concept to production.

The company is already working on solid-state tech, too. This is expected to enter mass production by 2028. There have been cases, and we would not gainsay these cases, that copies of a product become better than their originals. Now the 4680, initially designed by Panasonic for Tesla, is one of a kind, with a considerable volume and the capacity to take on any form of EVs. It is actually near impossible to replicate technology as advanced as this, let alone beat it.

However, StoreDots claims that they have built a look-alike with the same features and more. This is a feat that is laudable and questionable. Laudable because copying a Tesla model battery and creating something better is a feat that most cars and battery producers have tried and failed.

And for StoreDot to create something this impressive, we have to give it to them. Questionable because, how can you create such battery cells in just three years, a battery cell that belongs to one of the most technologically advanced companies in the world.

The company claims to be the first company to manufacture silicon-dominant anode XFC technologies on a production line. The company named the copy of the 4680 as. The A-Series has been in production for three years, and with its release, it has recorded a massive breakthrough for the manufacturers.

Thanks for reading till the end. Comment what’s your opinion about this information ” Tesla 4680 Battery GOT STOLEN According To Elon Musk”.