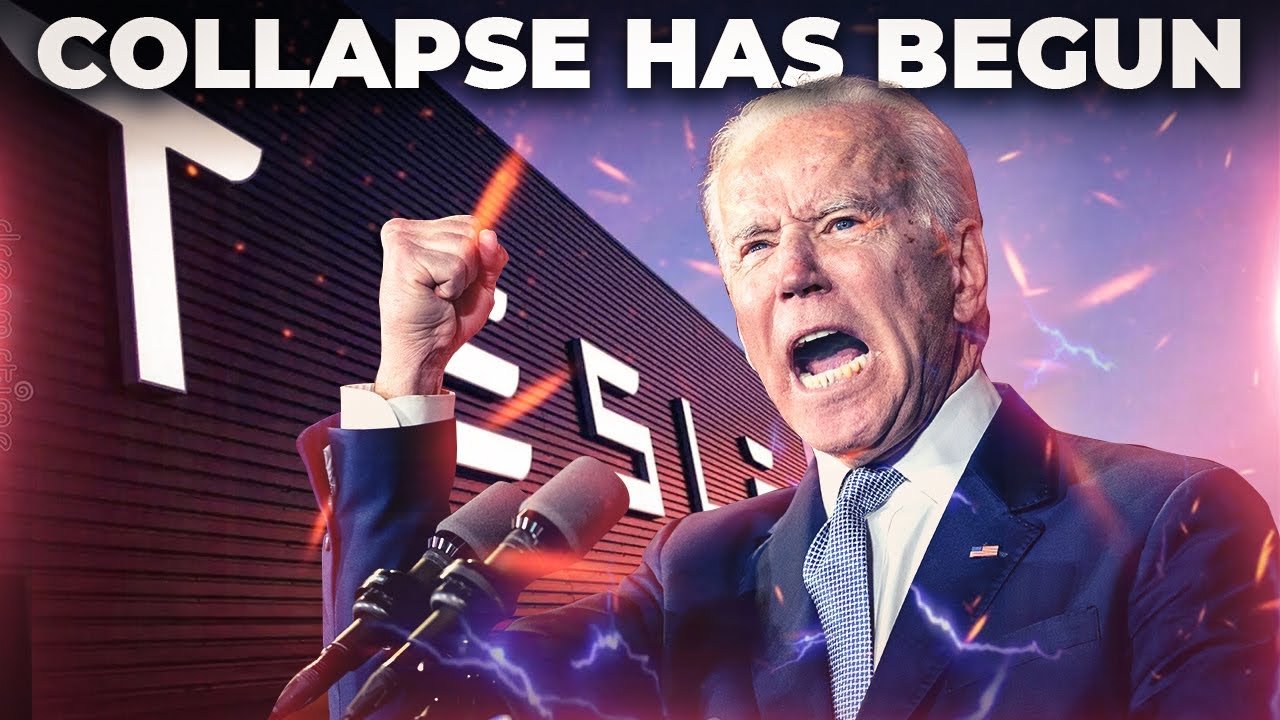 The Shocking Truth About Joe Biden’s 2022 Plans for Tesla: We already know Elon Musk is clearly not a fan of President Joe Biden and doesn’t hold back on letting the whole world know about it. However, what he just said about Joe Biden might be up there amongst the worst criticisms he’s ever made of the President! What exactly did he say? You’re about to find out!

Biden has pushed hard for greater electric vehicle production, despite the fact that Tesla already manufactures about a million EVs each year. Instead, Biden has stated that GM and Ford are the forerunners in electrification. General Motors (GM) and Ford (F) aren’t in the first place.

They’re following Tesla, which launched its first electric vehicle in 2008 and is now the most valuable car firm on the planet. Tesla, on the other hand, has been conspicuously absent from Biden’s speeches, despite the fact that the CEOs of GM and Ford are regulars.

In his Twitter post, Biden shared a video message with the CEO of General Motors, Mary Barra about his agenda of climate change and how EVs can help. Biden stated in the Tweet that when he declared that the future would be produced right here in America he meant it and added that companies like GM and Ford are producing more electric automobiles in the United States than ever before.

In his video message, the US President can be heard saying, “Folks, I am here with Mary Barra, the Chairman of the Board of General Motors.” Barra then continued by saying, “Mr President, we are happy to announce that we would invest $7 billion in the state of Michigan to further our EV manufacturing as well as bring out a third battery cell plant to the US.

We want to have a portfolio of EVs so everybody can truly make the transition. So we are just getting started. We are so happy to support your agenda on climate change and getting to an all EV future.” Elon Musk wasted no time in responding.

He tweeted in response: “Starts with a T, ends with an A, ESL in the middle.”, spelling out his EV car company’s name, probably in an effort to mock Biden’s perceived cognitive weaknesses.

The news comes after Biden hosted GM and Ford CEOs, as well as other industry officials, at the White House to discuss his administration’s Build Back Better initiative. Musk, who has been critical of Biden’s administration, was not included on the list. His tirade did not end at that.

“Biden is treating the American public like fools,” Musk seethed. In another tweet, Musk also quipped that Biden was “a damp [sock] puppet in human form.” Musk had previously criticized Biden because, in his words, he is ‘controlled by unions’.

Indeed, in unions, the answer may lie to the question of why Biden snubbed Tesla of the honor of being acknowledged by the highest office in the country as a driving force of large-scale vehicle electrification across the world.

According to a source acquainted with Biden’s views, there’s no particular mystery underlying Biden’s disdain of Tesla. While Tesla employees receive good compensation and perks, including equity in the firm, Musk is anti-union and the company’s employees remain unorganized.

The president has traditionally had the support of labor unions, especially the United Auto Workers, in his political campaigns. Some Biden advisers have expressed their want for the vice president to warm up to Musk’s enterprise.

“It bums me out as a satisfied Tesla owner,” one person said. Because of the sensitivity of the matter, all White House officials who talked about this story asked to remain anonymous.

In fact, the White House practically admitted that Ford and GM’s union support secured their seats at the address while Tesla was left out.

When questioned why Tesla wasn’t invited, White House press secretary Jen Psaki pointed out that the three companies in attendance were “the three largest employers of the United Auto Workers,” implying that Tesla was passed over since its hourly workers aren’t unionized. During an appearance at the Code Conference in California last September, Musk addressed Tesla’s absence from the electric vehicle conference.

Tesla was “never mentioned once” by White House officials, according to the billionaire. “Does that sound maybe a little biased or something?” Musk said at the time. “It’s not the friendliest administration,” Musk added.

His current attitudes towards the Biden administration were a far cry from his stance during election season when he was confident of good cooperation since Biden ran on an environmentalist platform.

His spats with this current administration aren’t anything new as he initially didn’t have good things to say about then-President-Elect Donald Trump. This was despite the fact that he was generally more favorable of Trump and Trump’s administration’s policies helped both Tesla and SpaceX.

Musk made one of his first public statements against Trump in October 2015, four months after he launched his campaign and yet a few months before the primary. Musk, noticeably uncomfortable when asked about Trump’s chances as part of a bigger public event on the future of technology, chose his comments carefully.

Later on, Musk would go on to make an u-turn and then serve in Trump’s advisory board, despite leaving later due to his administration’s decision to pull out of the Paris Climate Agreement.

Near the end of his presidency, he heaped praise on the decision to launch the United States Space Force, obviously since the USSF could be a consistent customer of SpaceX’s reusable rockets. “We gotta make Starfleet happen.

When the public hears ‘Space Force,’ that’s what they think.” he said, comparing it to the setting of Star Trek. “It’s like, ‘OK, we’re going to have some sweet spaceships and pretty good uniforms and stuff.’” he further added. In order to understand Musk’s obviously inflammatory reaction and the reason behind his leanings, maybe we should take a look into his political views.

The specific politics of the 50-year-old can be difficult to pin down. While claiming to be a “moderate,” a “socialist,” and “socially liberal and fiscally conservative,” he has frequently donated to both Democrats and Republicans.

Elon Musk has given a total of $1.2 million to politicians, parties, political action committees (PACs), and referendum campaigns since 2002, according to statistics compiled by the non-profit lobbying watchdog Open Secrets.

According to Musk, these contributions don’t reveal much about his own personal values. Instead, he refers to them as the cost of doing business in the United States. “In order to have your voice be heard in Washington, you have to make some little contribution,” he told the Huffington Post in 2013.

In terms of politics, he plainly leans libertarian, favoring “direct democracy” above representative democracy and suggesting that future Martian colonies enable any legislation to be overturned by a vote of 40% of the population. “Direct democracy by the people.

Laws must be short, as there is trickery in length. Automatic expiration of rules to prevent death by bureaucracy. Any rule can be removed by 40% of people to overcome inertia. Freedom.” he explained in a tweet.

He’s also lobbied for the release of prisoners imprisoned in the United States for cannabis offenses prior to the drug’s legalization, and he’s even tried it during an interview with podcast host Joe Rogan.

Musk’s confidence in free-market capitalism has been far more constant. He is a committed economic liberal who is wary of government intervention in business.

On Monday, he attacked Mr. Biden’s Build Back Better Act, claiming that the bill’s $12,500 tax credit for consumers who buy electric cars is an “unnecessary” subsidy for an industry that is already booming.

He backed it up with a thought-provoking philosophical argument about the differences between companies and nations, defining them as alternative ways of allocating capital – the money and other resources needed to generate goods and services – to desirable ends.

Musk’s grandpa, Joshua Haldeman, was the Canadian leader of the first technocratic movement, which advocated for replacing politicians and bankers with those with the best skill in the 1930s and 1940s. Elon Musk, the world’s richest man, does take after his grandpa, although not explicitly.

His views, like those of the movement’s founder, William Henry Smyth, reveal a strong underlying assumption that scientists and engineers can solve political problems that others can’t.

Thanks for reading till the end. Comment what’s your opinion about this information “The Shocking Truth About Joe Biden’s 2022 Plans for Tesla“.