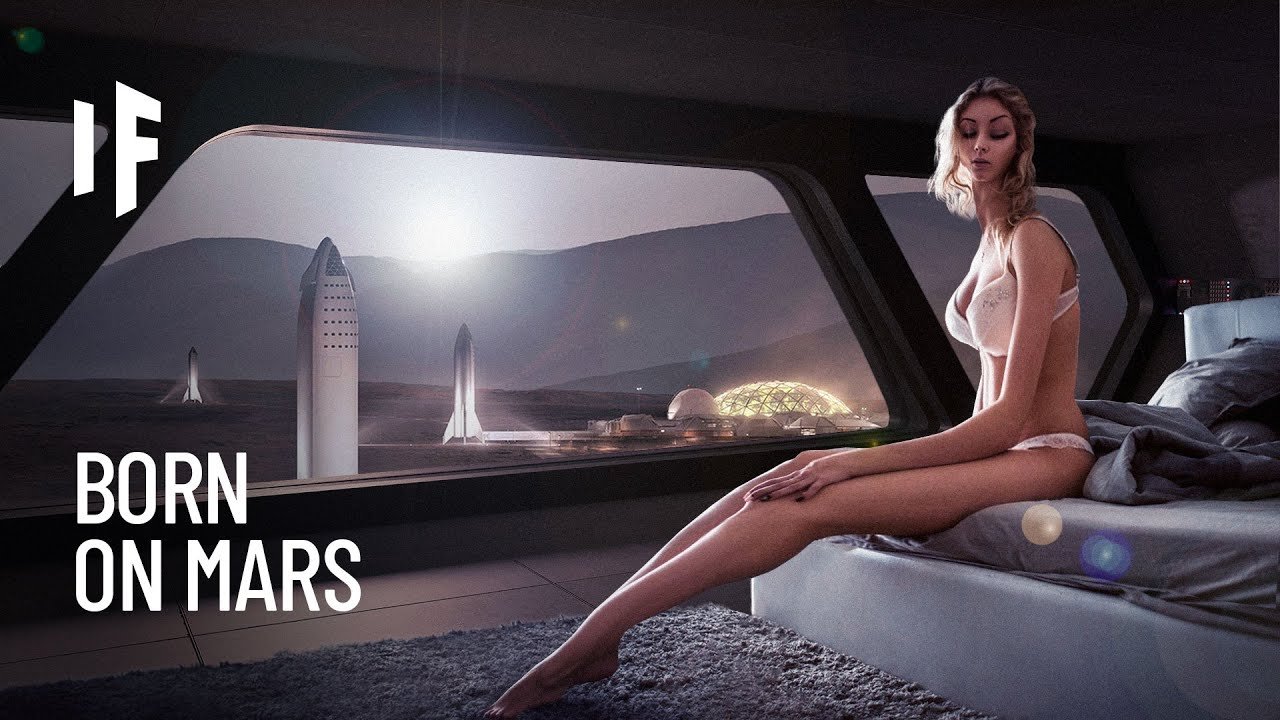 What If You Were Born on Mars?: Martians may actually exist in the future. But instead of the aliens from sci-fi movies, there will be people from Mars born and raised on Mars. And in this article, you are one of them.

Regardless of the size of the breeding population, it would only take a few generations before we could start to see a big difference between Earthlings and Martians. Mars is the most Earth-like planet in the Solar System. But it is not like Earth at all.

Its gravity, atmosphere, and magnetic field will pose serious challenges to human life. And challenges often go along with development. Children on Earth are born with 120 genetic mutations.

Take those kids to Mars, and they’ll start to have the appropriate mutations to live on Mars. And those mutations will likely pass on to their children. By the time we settle on Mars, we’ll have the ability to modify our own genes, which will allow Mars to develop rapidly.

So if you were born in the third or fourth generation of Martians, you would be very different than you are today. First, it’s gravity. Mars has a gravity of only one-third that of Earth. So your bones will not experience the same force.

Your bones will lose their density and become more brittle. Breaking them will become a common practice. Then there is the atmosphere. On Earth, you are used to a dense atmosphere consisting mostly of nitrogen and oxygen.

But on Mars, you would be experiencing a thin atmosphere consisting mostly of carbon dioxide with only trace amounts of oxygen. You won’t be able to develop a whole new respiratory system. But you can develop other ways to deal with the lack of oxygen.

You may have denser capillaries that are more efficient at moving blood and delivering oxygen to your muscles. But even with these advances, you still have to live underground or in a densely insulated home to escape the harsh environment.

And since life on Mars would be confined to small spaces, people on Mars would not need to be able to see that far. You will be born in near vision. Finally, there is radiation. Earth has a strong magnetic field that protects us from deadly solar radiation.

But Mars has a weak magnetic field that is scattered with the planet. On Earth, our bodies produce melanin. It protects us from the radiation that makes it through the Earth’s magnetic field. But the radiation would be stronger on Mars, and the melanin wouldn’t cut it.

Instead, your skin will produce carotenoids. This pigment will help protect you from skin cancer by slowing or stopping the cell cycle. Carotenoids can also cause melanoma cells to self-destruct.

They are what gives carrots their bright orange color. In other words, your skin will be orange. So with all these changes in your body, will you be able to travel to Earth? Well, Mars would not have the same types of bacteria and viruses that Earth does.

Your immune system will be weaker than that of an Earthling. That is, the earth can be a dangerous place for you. And even if your immune system is strong, Earth’s gravity will be too much for your brittle bones.

If you were born on Mars, you probably have to live there. Humans have looked alike for a very long time. But within a few generations of living on Mars, we may have orange, near-sighted humans who can survive on low oxygen.

And once we’ve successfully settled on Mars, we probably won’t stop there. In the future, humans could have settlements on all kinds of planets, even outside the Solar System.

Thanks for reading till the end. Comment what’s your opinion about this information “What If You Were Born on Mars?”.

19 thoughts on “What If You Were Born on Mars?”