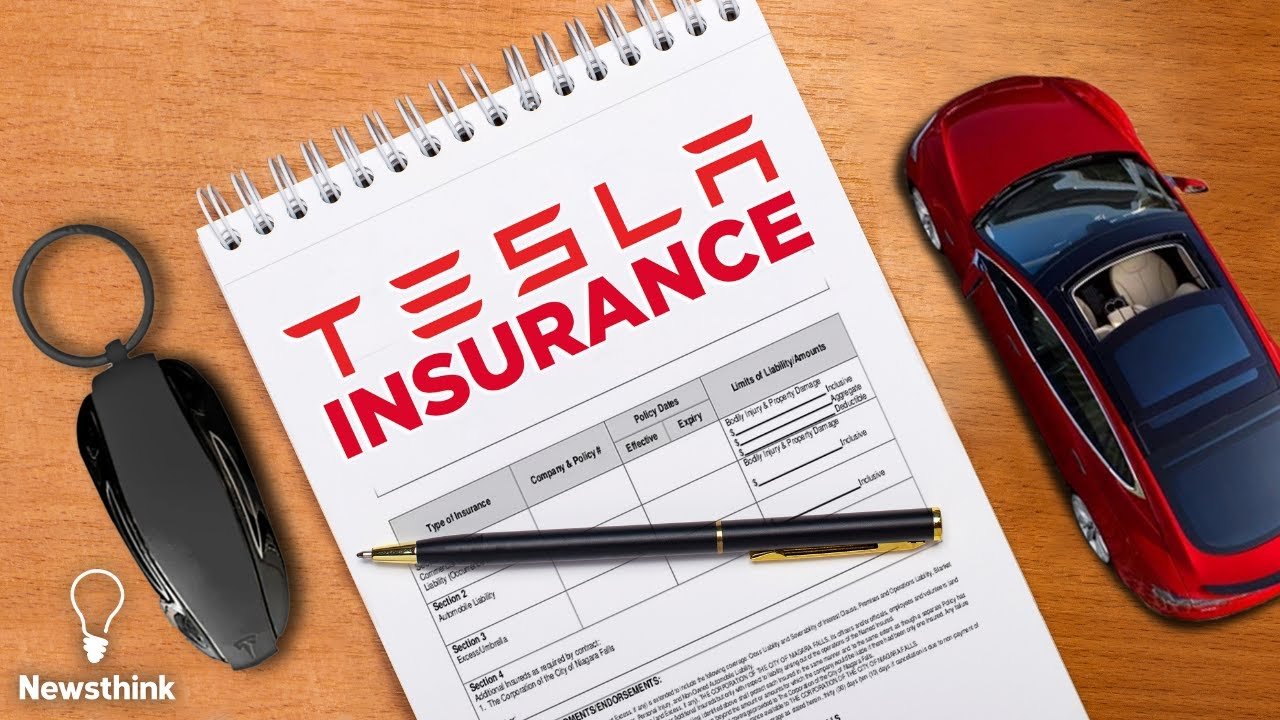 Why Tesla is Getting Into the Insurance Business: Tesla has fascinated the world with its cool and fast electric cars. Now it wants to disrupt a related industry: insurance. Tesla has been quietly selling car insurance for the last couple of years. But it won’t be quiet for much longer.

CEO Elon Musk believes insurance will one day account for a third of Tesla’s business. It will be much more compelling than anything else out there. Tesla started selling personal car insurance in California in 2019 and claims drivers can trim their insurance costs by as much as 20% or 30%.

Data compiled by the personal financial website ValuePenguin shows Tesla Insurance is not the cheapest in California but it is amongst the least expensive. It is said to be the least costly plan in Texas where Tesla has a lot going on.

A new Gigafactory is being built near Austin. And Musk permanently moved to the Lonestar state to be closer to SpaceX’s rocket facility for Starship. State regulators there have reportedly approved the rates and policies for Tesla Insurance which, according to data compiled by ValuePenguin, is $1,795 on average.

Individual rates do differ greatly depending on your driving record, age, how much coverage you choose, and the Tesla you buy. The Model Y mid-size SUV is the least expensive to insure.

And if you take the Model S, rates could be more expensive for the Plaid, which goes 0 to 100 in 2.1 seconds compared with the long-range version’s 3.2 seconds. So, why can Tesla afford to offer lower insurance rates?

It says it will do away with fees taken by traditional insurance carriers. An example of fees is commissions paid to insurance brokers. And more importantly – Tesla argues no one knows more about a Tesla than Tesla.

While other insurance companies set their insurance rates based on their own risk assessments, which could be inflated because the technology is so new, Tesla believes only it knows the cars well enough to determine fair rates.

The insane amount of data collected from its cars tracks how fast you drive, the number of times the lane departure warning is triggered, whether you’re in ludicrous mode or the even faster plaid mode.

Although Tesla says it does share driving data with other insurers – the belief is that it “…uniquely understands its vehicles, technology, safety, and repair costs.”

For the moment, Tesla says it doesn’t use your personal driving data to determine insurance rates but that will almost certainly change in the future. Musk has hinted at this.

Toyota has already been testing this out. It partnered with insurance company Progressive to start tracking driving behaviors in Toyotas with connected technology to potentially offer discounts. There’s a lot of room for discounting when it comes to electric vehicles.

The typical insurance company has been found to price EVs at 23% more than a gas-powered equivalent primarily due to the expensive cost of repairing them. A few years ago, a writer for CleanTechnica described clipping a parking sign in his Model 3 and the repair bill was nearly a whopping $7,000.

A big chunk of that was labor costs because of the technology in the car: the sensors needed to be recalibrated and the battery connectors disconnected. Tesla thinks it has an advantage here as well.

The company says its own service centers can work four times faster than conventional ones. The number of Tesla repair centers has been rapidly expanding. And the goal is to reportedly open up one new shop every week in 2021.

But ultimately, Tesla wants to make its vehicles so reliable that you won’t really need to visit a service center. Tesla believes its self-driving software called Full Self-Driving or FSD will make its cars safer and less prone to accidents.

Tesla will even offer insurance discounts for those using their driver assistance systems. If and when Teslas are able to fully drive themselves, it doesn’t mean accidents won’t happen. Technology can fail or humans can fail to use it properly.

So how on earth will other insurance companies assess the risk? It will be easier over time as more data comes in that will better inform companies about pricing risk in line with reality.

But they may have a hard time catching up to Tesla, which is now seeking to offer coverage in Texas, Illinois, and Washington. The goal is nationwide coverage, and one day, perhaps, global.

It’s clear that Tesla wants to offer a complete package to the consumer. Apple has done this successfully by creating an ecosystem where its devices are designed to work seamlessly with one another which entices you to buy them all.

Tesla is now trying to build its own ecosystem in which your house has a Tesla solar roof that generates energy that can be stored in a Tesla power wall which can power your home at night or during an outage.

The powerwall can also charge your Tesla, then you can purchase Autopilot and full self-driving software for your car, and your car is conveniently covered by Tesla Insurance.

Buffett became one of the wealthiest people on earth by investing in insurance companies. Despite his skepticism, Musk has proven his doubters wrong time and time again. He believes Tesla Insurance will be stunningly successful.

Insurance could very well be, I don’t know, 30%, 40% of the value of the car business, frankly. If Tesla reaches its goal of producing 20 million cars a year by 2030, and you multiply that by $1,795 in annual insurance premiums – that brings in $36 billion a year.

That’s $36 billion years after year after year! And owners of a robotaxi – the planned ride sharing network – would likely pay higher premiums due to the many more hours the vehicles are on the road.

In the way that Tesla has been revolutionizing the car industry, Musk is betting it can do the same to the car insurance business.

Thanks for reading till the end. Comment what’s your opinion about this information “Why Tesla is Getting Into the Insurance Business”.

1 thought on “Why Tesla is Getting Into the Insurance Business”