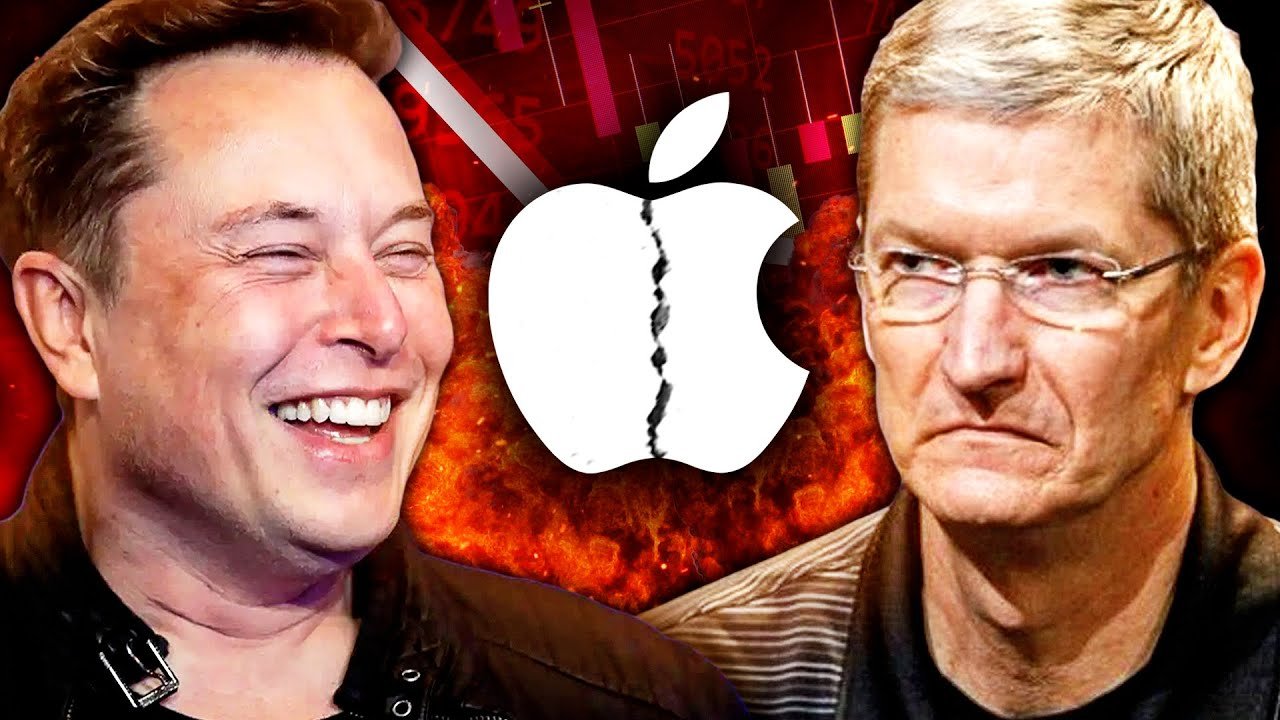 Elon Musk Just DESTROYED Apple: In a recent tweet, billionaire Elon Musk publicly destroyed Apple by mocking them for launching a $19 fiber cloth. He further went on to suggest that his followers should buy his newly launched Tesla Cyberwhistle instead!

Many times, to set them apart from the competition, luxury brands like Apple sell products at outlandish prices. Take the thousand dollar pro display stand launched in 2019 for example. What made Elon go against one of the world’s topmost tech giants? Join us today as we tell you all about how Elon Musk attempted to take another bite from Apple by calling its product silly.

Apple launched their $19 microfiber cloth back in October at their “Unleashed” event, critics and reviewers all over the world went crazy.

Everyone talked about the industry-leading M1 pro & M1 max chipsets and the newly launched MacBooks. But there was one more product that didn’t get any screen time on the event but yet managed to sell out within weeks of it getting launched, i.e; the Apple cloth.

Elon Musk, CEO of Tesla, also attempted to ride the overpriced accessory hype train. Firstly, he posted a tweet in which he announced the new Cyberwhistle. He also added a statement inviting the followers to “blow the whistle on Tesla”.

He posted another tweet shortly after this in which he targeted Apple by saying “Don’t waste your money on that silly Apple cloth, buy our Whistle instead!”. What’s all the hype about this apple cloth anyway?

The infamous polishing cloth has taken the world by storm. When a product sells so quickly, you’d think there’s something revolutionary about it. But that’s not the case with this cloth. Turns out, Apple lovers will buy anything and everything with an Apple logo on it. That said, you might be wondering, is this cloth good at what it is intended to do? Let’s find out.

Earlier, this polishing cloth used to only come with Apple’s Pro Display XDR which was worth more than $5000. Starting with the unboxing experience, Apple has gone with its sleek and stylish packaging. It comes in a thin white box that opens like an envelope once you slide the lip.

The box is quite wide so that the cloth stays clear of any creases or fold marks. Inside the box, you will find documentation that also has instructions on how to use it ( If you didn’t know that already!). The outer part of the packaging has a text which says “ Safe for use on all Apple displays and surfaces. Can even be used on nano-texture glass. Use it with a 70% isopropyl solution for best results.”

Here’s a funny bit, if you head over to Apple’s website and look for the cloth, firstly, it will most likely be out of stock, secondly, it even has a compatibility list! As per Apple, it is only compatible with devices that run on their latest firmware.

This is a clever but absurd tactic to encourage you to upgrade to a newer product if you haven’t already. But what happens if we clean any other android device with the cloth? Will it be too abrasive or harmful? Apple is yet to issue a confirmation on this. But in our opinion, it is perfectly fine and highly versatile just like any other microfiber cloth in the market. Now coming to the design, let’s just say it is quite minimalistic, to begin with.

iFixit’s experts suggested that it is made from the same microfiber material that lines the inner part of Apple’s iPad magic keyboard. Another good example would be Microsoft’s Alcantara, but slightly softer.

You’ll find the Apple logo embossed on the lower corner, far enough to stay out of the way, but close enough to let you know that it’s Apple’s premium cloth. It certainly does a good job at getting rid of all the smudges off screens though.

The Cyber Whistle at a glance The Cyberwhistle, as the name suggests, is directly inspired by Tesla’s Cybertrucks and is made out of medical-grade stainless steel. It also includes an integrated attachment for enhanced versatility. If you look at this whistle for the first time, you will most probably think that it is a miniature model of their upcoming Cybertruck.

The Cybertruck is not launched yet but this cloth is speculated to ship before the truck shipments begin. The whistle is space grey in color and looks quite premium as well.

Other brands that followed the trend To come in the limelight, many other brands have also tried to take a jab at Apple. The first instance was one when Microsoft belittled Apple’s computers and said that their PCs were better.

Other brands which have done similar things are Samsung and Google. Samsung first mocked the big notch on the screen and also the absence of a headphone jack. They also made fun of Apple since they stopped shipping chargers. Quite ironically, Samsung themselves stopped shipping a charging brick. As for Google, they have made fun of the iPhone’s picture quality and limited storage many times during Google events.

The reason behind high markups of Apple products Apple has become more of a status symbol than just a product-based company. Thus, they have now leveraged this opportunity to sell high-priced products. However, that doesn’t always mean that you are not getting your penny’s worth.

Take Apple iPhones for example. They typically are known to last 2 times more than their Android counterparts, simply because Apple provides software updates for 5 years.

The iPhone 6s launched back in 2016 still runs on their latest software, the same as that of the iPhone 13 series. The value is also present in terms of resale value. Due to the superior quality of the materials used in Apple products, they usually last long and thus have a high resale value when you plan on selling them.

Furthermore, Apple is also ahead of the competition when it comes to software integration and processing. All the good points aside, there’s no doubt that some of the apple products have still been very costly. The AirPods Max, iPad Magic keyboard, and the AirPods Pro to state a few. Sure you can buy cheaper alternatives at almost half the price, which might even work better than the Apple product, but not many people are willing to trade luxury for functionality, thus getting trapped inside the ‘Apple ecosystem’.

The good news is that with more and more budget-oriented brands coming into the market, Apple is also starting to take initiative in the mid-priced segment. Their decisions, even though controversial, mostly turn out to be right in the long term.

Lastly, this is also a very clever marketing tactic that is used by many luxury brands throughout the world. Think about it yourself, would this Apple Cloth have made headlines if it was priced similar to any normal microfiber cloth? Probably not!

Musk’s take on Apple’s Money making strategy Musk has himself been a long-time user and fan of the company. The main issue started when Wall Street Journal reporter Tim Higgins published a book that had a wild claim.

It was that Elon Musk decided to replace Tim Cook as Apple’s CEO. As per rumors, when Tesla was facing mass-production-related issues for their Model 3 back in 2016, Tim Cook suggested to Elon that Apple should acquire Tesla.

In response to this, Elon replied: “Why can’t you just resign and make me the CEO of Apple?” After this, Tim hung up the phone and both men never spoke again. When asked about this during interviews, both parties stated that this interaction never happened.

Elon posted a tweet following the incident which said “Cook and I have never spoken to each other ever. There was a point where I requested to meet with Cook to talk about Apple buying Tesla but he refused to meet. Back then, Tesla was 6% of today’s value. Earlier this year, we also saw leaked images of Tesla Smartphone Pi hinting that Tesla might want to enter the smartphone market. If this happens, Apple will be its biggest rivalry.

Elon has also raised his concern in the past regarding Apple’s software updates which were full of bugs. In an interview with Kara Swisher, he said that he thinks Apple used to make revolutionary products, but there’s less of that now.

This inter-company mockery has often been associated with positive results for most brands. Elon Musk’s Tesla made some highlights when they rolled out their Cyberwhistle to rival Apple’s microfibre cloth.

With the current growth and expansion rate, Tesla might even dethrone Apple from its top position. Who knows we could even see an industry wide-shift from iPhones to Tesla phones. Did you get any of the following products? Let us know in the comments below.

Thanks for reading till the end. Comment what’s your opinion about this information “Elon Musk Just DESTROYED Apple”.