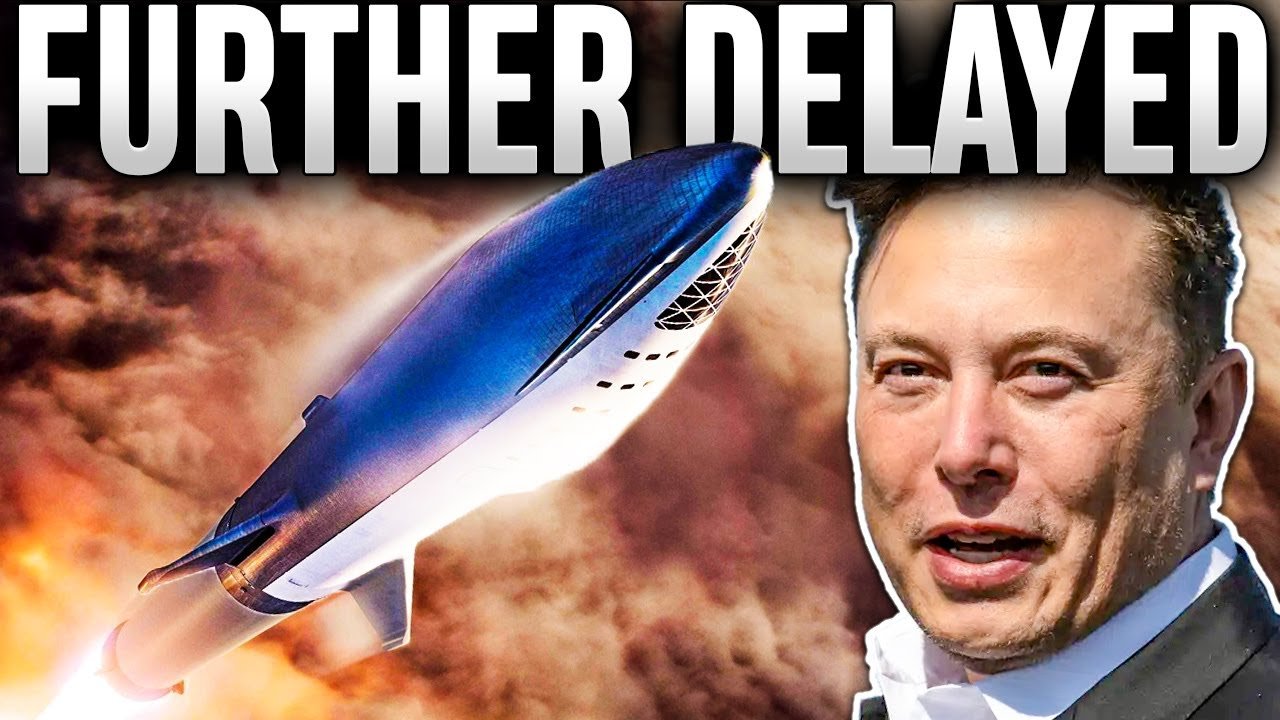 Slow FAA Reviews May Push Starship orbital Launch To 2022: The Federal Aviation Agency has the ultimate power to decide whether or not a spaceship or rocket gets to fly within a specified time. And that power may serve as bad news for SpaceX, as the starship launch may be delayed till 2022 instead of the initial July 1, 2021 launch schedule.

This delay might be caused by the new environmental review of SpaceX’s orbital plan by the FAA. But what exactly is FAA worried about? And when exactly can we expect the starship orbital launch?

SpaceX and the FAA have officially issued what is known as a draft environmental assessment (EA) of the company’s South Texas Starship launch plans, in a rare sign of substantial progress.

On Friday, the FAA issued a draft environmental evaluation of SpaceX’s plans for orbital launches from South Texas, kicking off a 30-day public comment process.

The long-awaited procedural step is the first of numerous regulatory barriers that SpaceX must overcome before receiving final approval to fly its Super Heavy rocket and Starship upper stage from a launch site near Boca Chica, Texas. Although such a launch is likely months away, it currently looks that the federal government will eventually approve orbital launches from South Texas. That seemed far from certain until today.

This process of obtaining clearance to launch Starship and its Super Heavy booster out of the marshes of the South Texas coast was never going to be simple, given that it is set to be the largest and most powerful rocket in spaceflight history when it first begins orbital missions.

The Boca Chica site SpaceX eventually chose for its first private launch facilities, first intended for Falcon 9 and Falcon Heavy but subsequently devoted to Starship, is surrounded by delicate coastal ecosystems inhabited by numerous vulnerable or endangered species and is located within a few miles from a town whose transient population oscillates from a few hundred to tens of thousands.

We all know SpaceX has been facing persistent criticism from various interest groups for handling matters relating to the environment and the ecosystem, most notably with the drone ships.

As mentioned before, formally known as a Draft Programmatic Environmental Assessment is a study that assesses the environmental consequences of SpaceX’s Starship program, encompassing launch and reentry.

It also looks into debris collection, the integration tower, and other launch-related work, as well as local traffic restrictions between Brownsville and Boca Chica beach. Reception and analysis of the draft and its timing have been mixed.

Completed with help from the US Fish and Wildlife Service (USFWS), it gives several reasons for optimism. The study finds “no substantial consequences” for the vast majority of these studies.

One of the most serious concerns was the influence of noise on other towns, particularly South Padre Island, which is located several miles away. However, according to an independent evaluation, noise levels are bearable.

One exception fell under the heading of “biological resources.” “The FAA has found that the Proposed Action would have a negative impact on species listed under and critical habitat designated under the federal Endangered Species Act,” according to the study.

There may, however, be a technique to minimize these effects. Excessive traffic closures on Highway 4 are another possible source of worry. This might be one of the reasons SpaceX is planning an average of five Super Heavy launches per year throughout the program’s operational phase.

Throughout the total duration of the development phase of the Starship, this translates to a maximum of 23 flight operations annually, including up to 20 suborbital Starship test flights and three orbital launches (or Super Heavy hops).

In other words, SpaceX’s initial draft Environmental Assessment is quite cautious, asking authorization for a bare minimum concept of operations for orbital Starship flights.

An Environmental Assessment and subsequent launch license accepted as-is would likely allow SpaceX just enough slack to execute basic Earth orbit launches and no more than one or two orbital refilling tests per year, with a maximum of 3-5 orbital flights per year.

A five-launch limit, for example, would almost totally preclude SpaceX from sending Starship to Mars, the Moon, and maybe even high-energy Earth orbits without utilizing all of its yearly launch allotments on a single trip.

Perhaps most crucially, the draft EA as proposed would unambiguously preclude SpaceX from carrying out the NASA Human Lander System (HLS) Moon landings for which it was awarded a nearly $3 billion contract.

Each HLS Starship Moon landing will need 10-16 launches to carry a depot ship, HLS lander, and 1200 tons of fuel to orbit. In terms of SpaceX’s prospects of developing Starship as quickly as possible, that’s actually a good thing.

Above all else, SpaceX’s slimmed-down draft Assessment should be far easier for the FAA to approve than an Environmental Assessment pursuing permission for Starship’s ultimate ambitions, dozens to hundreds of launches annually, from the beginning.

Of course, SpaceX first needs the FAA to turn this first draft Environmental Assessment into a favorable environmental assessment which is not a guarantee by the way before any of the above starts to matter.

Based on the content of the draft itself and associated appendixes, SpaceX appears to have a decent shot at receiving a “finding of no significant impact (FONSI)” or “mitigated FONSI” determination.

However, SpaceX began the process of creating that draft as far back as mid-2020, followed by an FAA announcement in November 2020. The implication is that the FAA managed to drag out a draft release process that some have estimated should have taken 3-4 months into an arduous 10-15 month ordeal.

The FAA will hold virtual public hearings on October 6 and 7 before the public comment period ends on October 18, 2021. SpaceX founder Elon Musk asked for support on Twitter shortly after the FAA released the draft document. “Please add your voice to the public comments,” Musk said. “Support is greatly appreciated! Humanity’s future on the moon, Mars & beyond depends upon it.”

Combined with the uphill battle it’s starting to look like SpaceX will have to wage for an orbital Starship launch license in South Texas, it’s looking increasingly likely that Starship, Super Heavy, and Starbase will be technically ready for orbital launch tests well before the FAA is ready to approve or license them.

Barring delays, the public now has until mid-October to read and comment on SpaceX’s draft Environmental Assessment, after which the FAA and SpaceX will review those comments and hopefully turn the draft into a completed review.

Even if the FAA were to take just two months somehow to return a best-case FONSI, clearing Starbase of environmental launch hurdles, it’s hard to imagine that the agency could then turn around and approve an orbital Starship launch license or even a one-off experimental permit in the last few weeks of 2021.

Ultimately, that means that nothing short of a minor miracle is likely to prevent the FAA’s environmental review and licensing delays from directly delaying Starship’s orbital launch debut.

SpaceX’s competitors may be smelling the blood in the water and are probably putting effort into their own plans and designs for spaceflight.

There is at least a chance that Starship, Super Heavy, and Starbase’s orbital launch site won’t be ready for orbital launches by the end of the year, but it’s increasingly difficult to imagine that all three won’t be proof tested, qualified, and ready for action just a month or two from now. For the time being, we’ll just have to wait and see where the cards fall.

So what do you think? Do you think they can get it done soon? Or do you think SpaceX will have to tolerate yet another round of delays? Let us know what you think of SpaceX’s progress with getting the Starship up into space in the comments below.

Thanks for reading till the end. Comment what’s your opinion about this information “Slow FAA Reviews May Push Starship orbital Launch To 2022”.