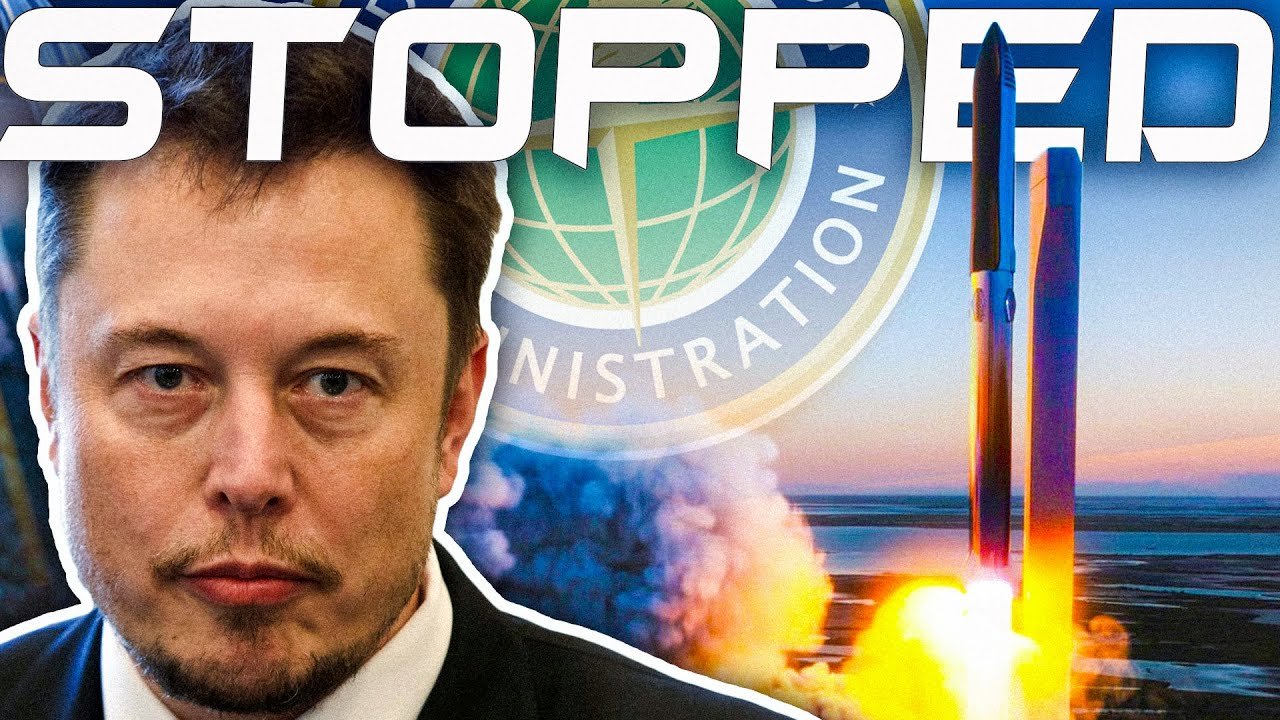 Why SpaceX Ignored The FAA: Since the beginning of spaceflight, only around 600 people have seen this view. Space has always been a place reserved for a tiny portion of the population. Being an astronaut is something that would usually require a lifetime of commitment.

From taking the right subjects at school, getting flight experience as a pilot – to finally being accepted into a space agency. It’s one of the few things in life that even money couldn’t buy. But now the definition of ‘astronaut’ is starting to change.

For most of its existence, this word actually meant someone who had been trained to travel in a spacecraft. So even if you hadn’t actually gone into space but passed all of the necessary training, you were technically an astronaut.

But now with the beginning of space tourism, the requirements for people traveling to space have completely flipped. Those wishing to hop on board either Virgin Galactic or Blue Origin’s space vehicles will require almost no training, but they will require a lot of money.

Despite this, hundreds of people have already bought tickets for the experience to become astronauts. But how is this any different from the other millionaires that have paid their way into space?

In 2001, American entrepreneur Dennis Tito paid $20 million for an 8-day trip to the International Space Station. At the time, NASA thought it was inappropriate for tourists to go to space, so they refused to train him.

Instead, he partnered with the Russian’s and took a ride on Soyuz mission TM32 along with two Cosmonauts. Since then, various millionaires have paid for rides onboard space vehicles. But things are changing.

Space tourists are now moving away from the typical government space agencies and partnering with private companies.

In order for space tourism to become a thriving industry, it needs to be as easy as booking a plane ticket – without the need for any training. But a company can’t just launch people into space without permission.

Just like traditional aircraft, each vehicle needs to be approved by the FAA, in order for it to start flying regular passengers. The FAA is in charge of regulating all aspects of aviation, from traditional passenger airlines to commercial space travel.

Since space vehicles share the same airspace as airliners, the FAA is responsible for making sure everything is carried out safely and that the public is protected. But the FAA’s involvement with air travel is very different from space travel.

To put it into perspective, the FAA handles around 16 and a half million flights per year. In the space world, the number of launches expected to take place this year is around 50.

But now that space tourism is becoming a real thing, this number will start to grow rapidly in the next few years. Not to mention SpaceX’s grand plan for suborbital passenger travel using their Starship rocket.

They want to operate offshore launch platforms all around the globe with thousands of passengers traveling each day. With the FAA’s current rules, this would be impossible. If you’re an American entity launching a rocket anywhere in the world, you need an FAA license.

But getting a license isn’t a quick process. Once a company files an application, it can take the FAA up to 180 days to review it. This process involves a huge amount of testing and verification before they can give the all-clear.

The assessment is broken down into 4 different regulatory parts, each with its own set of strict safety requirements. The rocket needs to have a flight termination system during each launch, which will purposefully blow up the rocket if it goes off course.

This turns the rocket into much smaller pieces of debris rather than one enormous tank full of fuel. In order to operate a spaceport, the FAA also needs to do intense environmental checks to make sure rocket launches won’t destroy or disrupt any nearby wildlife.

Even if a license is granted, it only covers that particular rocket for that specific location, assuming that the rocket will follow a similar trajectory for all of its launches. If a rocket is to be launched from a different location, a new license is needed.

All of this takes a lot of time – and as private space companies continue to make huge advancements, the FAA is starting to fall behind. This became very evident with SpaceX’s recent Starship tests.

In December 2020, SpaceX was attempting to launch and land their first-ever Starship prototype. The FAA had worked with SpaceX and granted them a launch license, but they could only launch under certain weather conditions.

Just minutes before SN8 took off, the FAA told SpaceX to cancel the launch. SpaceX employees at mission control ignored this message since they thought the weather was fine and that the FAA inspector didn’t have the latest weather data.

After an impressive launch, SN8 had a hard landing and ended in a massive explosion. Although no one was injured, the FAA was angry that SpaceX had ignored their launch requirements.

This prompted an investigation into SpaceX but ultimately never cost them much, as the FAA was happy for them to launch several other Starships after this. They did however stipulate that an FAA inspector must be present for every flight of Starship from Boca Chica.

This led to the launch of SN11 being delayed because the FAA inspector couldn’t make it down to Boca Chica in time. SpaceX clashed with the FAA again when it started building a launch tower without permission.

This 150-meter tall structure will one day lift and catch enormous Starship sections. The structure itself went up extremely quickly, with the usual SpaceX urgency. But the FAA warned SpaceX that it might need to drastically change the tower once the environmental review is complete.

Despite this, SpaceX continues to build the tower and the surrounding infrastructure at an incredible pace. With a rapid and ever-changing launch schedule, these kinds of requirements stand in the way of SpaceX’s progress.

Elon Musk sees this as a big issue for the future. He claims that the FAA’s rules are outdated and only made sense in the past when there were only a handful of rocket launches every year. No one is arguing that the FAA isn’t a great thing for airplanes.

But if we want to have hundreds of rockets launching and landing each day around the world, the FAA will need to drastically improve the way it operates. But that’s exactly what it’s doing.

In order to catch up with the pace of innovation, the FAA is now working to streamline the process for space companies. Those 4 parts of the rule book have now been condensed down into a single part for all commercial spaceflight.

Space companies can now apply for a vehicle operator license, which will allow them to fly from multiple different launch sites under the same license. This will be crucial if SpaceX is to go ahead with their Earth to Earth travel idea.

Although the idea of Starship Earth travel may seem far away, the same kind of suborbital passenger travel is already happening. Virgin Galactic and Blue Origin have now achieved their goals of flying passengers to space.

After trying for nearly two decades, amazingly, both companies achieved this goal in the exact same month. But the FAA was just as much of a hurdle to them as it was for SpaceX. Initially, Virgin Galactic’s license only covered test flights with professional pilots and astronauts.

However, this license was recently updated to a full commercial launch license, allowing them to start flying passengers. This was good news for the 600 people that have already bought tickets for a ride into space.

The FAA requires them to do two additional test flights before they can start doing their own thing.

Thanks for reading till the end. Comment what’s your opinion about this information “Why SpaceX Ignored The FAA”.