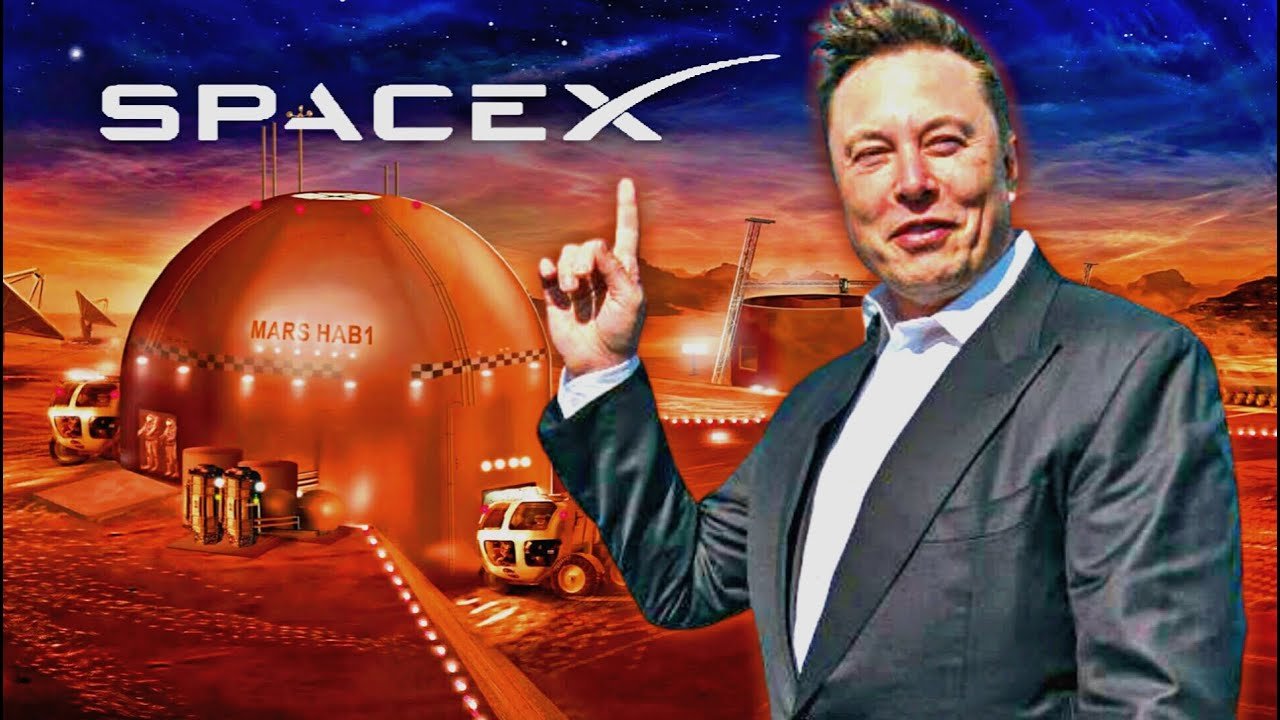 SpaceX is determined to send people to Mars by 2024. But what will they do after reaching Mars? What’s their plan for the red planet? It’s quite normal for us to ask such questions. In this article, we will find the answers to these inquiries.

Billionaire Elon Musk founded SpaceX with the vision of colonizing Mars. SpaceX is already building the next-generation spacecraft Starship to make his dream real. This company has a plan to send uncrewed missions to Mars within 2022 by the Starship and crewed missions within 2024.

But landing on Mars is not the ultimate goal of SpaceX. They aim to build a permanent settlement for humans on the planet. We can understand that living on Mars is not going to be easy for us because it’s not our natural habitat.

As Mars’ people won’t keep living on imported goods from the Earth, SpaceX will have to make a self-sustaining city with all the requirements like water, food, energy, etc.

SpaceX CEO Elon Musk also agreed on this and said the city has to survive if the resupply ships stop coming from Earth for any reason. He emphasized not missing anything to make the city self-sufficient.

In his opinion, it can’t be like that, this city will be self-sufficient except for one little thing. For example, if there will be no vitamin C on Mars, it will take 1,000 spaceships and “a million tons” of vitamin C to make life on Mars sustainable.

Otherwise, people will die due to lack of vitamins. So, when two uncrewed Starships will land on Mars, their primary goal would be to make a setup to ensure basic human needs. For this purpose, they will build a propellant production plant, collecting one ton of ice every day to create new fuel.

To be more specific, the first Starship would locate water sources in the soil. The second would set up a chemical factory to turn that water and carbon dioxide in the thin Martian air into oxygen and methane rocket fuel. For this, they would be examining the availability of the resources of Mars at first.

Depending on the availability of resources, SpaceX will fix where the Starships will land. Two potential sites are on focus till now. The first one is near Arcadia Planitia and Erebus Montes and the other near Phlegra Montes. Both have some similarities.

They are in the middle swath of the planet where it’s easier to land, and there are probably lots of ices nearby. These are the tasks planned to be performed by uncrewed spaceships.

After the first people land on Mars, there will be a need for food and other things. At first, regular cargo launches would resupply the astronauts with food and other essentials. But for the permanent management of food, Elon Musk plans to use solar-powered hydroponics to grow plants for the first human colonies of Mars.

To avoid excessive ultraviolet radiation or calamities like solar storms, he thinks to set up unfoiled solar panels on the ground and feed that to underground hydroponics, either underground or shielded by wires or dirt.

The whole installations of producing food would be inside the specially-built habitats of Mars until Mars gets transformed competent for humanity. Elon Musk envisions transforming Mars’ atmosphere to make it more hospitable to human life so that humans can enjoy more freedom.

Musk said people would probably want to have some faceted glass dome, with a park for having an outdoorsy, and fun atmosphere. It will give them a chance to walk around without a suit, which is compulsory in Mars’ adverse surroundings.

If terraforming the whole planet becomes possible, then people can walk around without a suit. But SpaceX CEO thinks it won’t happen for the next 100-plus years.

Musk also talked about his plans regarding Government and Law on Mars. In Musk’s scheme, the form of government on Mars would be a direct democracy, not representative. Elon Musk believes in a direct democracy, the possibility for corruption gets considerably diminished.

Besides, SpaceX’s CEO assured people about employment by saying there will be plenty of jobs on Mars. These plans of Elon Musk sum up what SpaceX will do after reaching Mars.

Elon Musk dreams of sending 1 million people to Mars by 2050. And if SpaceX can build all the infrastructures, it’s not anything impossible.

Thanks for reading till the end. Comment what’s your opinion about this information “What will Elon Musk’s Company SpaceX do after reaching mars ?”.

2 thoughts on “What will Elon Musk’s Company SpaceX do after reaching mars ?”