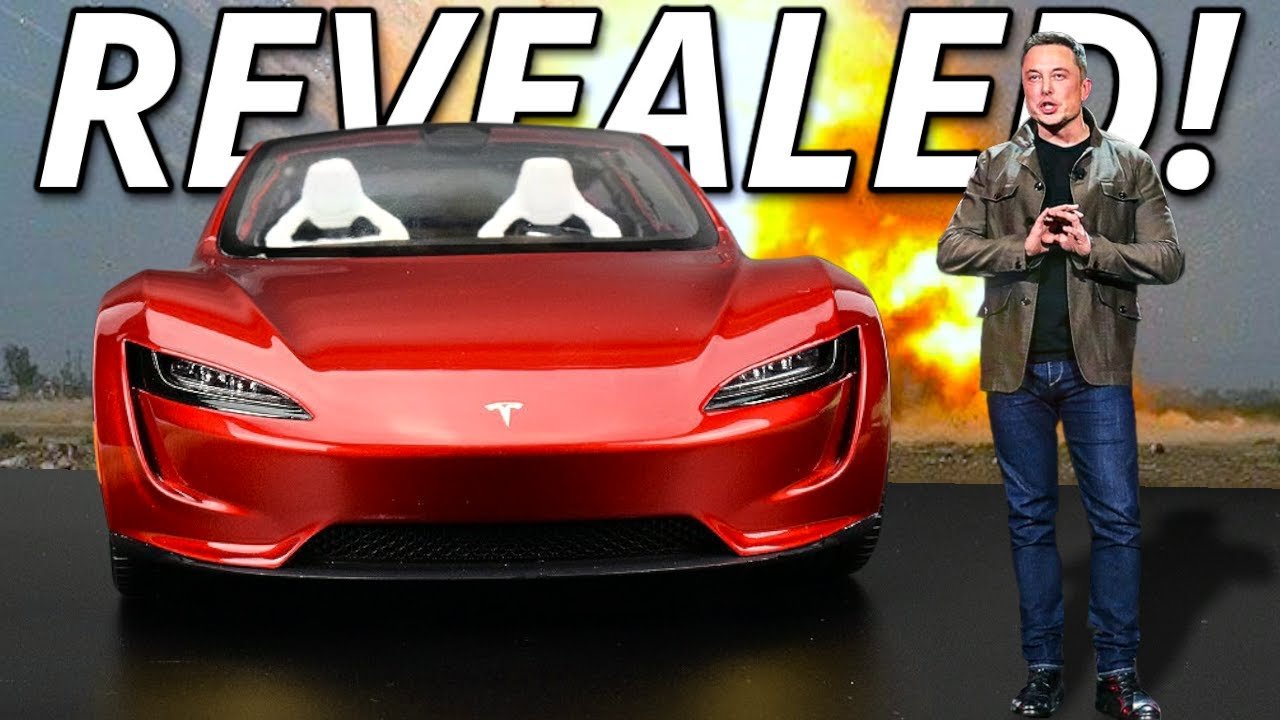 Elon Musk Finally Reveals Their Car “The Tesla Roadster” With New Design: The Roadster. The very first car which Tesla started its journey with. It is back now after it got discontinued a few years ago, and its new incarnation is a genius masterpiece! If you don t believe us, wait till we fill you in on all its details. Let s get right into it.

Even though most Model S and Model X owners don’t remember it, the first Tesla Roadster placed the all-electric carmaker on the map. The Roadster was the first production all-electric car to drive more than 320 kilometers (200 miles) per charge.

It was the first highway legal serial production all-electric automobile to employ lithium-ion battery cells. It is also the first production automobile to be propelled into deep space, having been launched on February 6, 2018, by a Falcon Heavy rocket in a test flight.

On July 11, 2005, Tesla and Lotus, a British sports car manufacturer, signed a product and service agreement based on the Lotus Elise, in which Lotus provided advice on vehicle design and development as well as partially assembled vehicles, and was amended in 2009 to include basic chassis development.

According to designers, the Roadster features 6% components overlap with the Lotus Elise, a 2-inch larger wheelbase, and a somewhat stronger chassis. To save weight, Tesla’s designers utilized resin transfer molded carbon fiber composite for the body panels.

As a result, the Roadster is one of the least priced vehicles with a full carbon fiber skin. In over 30 countries, Tesla sold roughly 2,450 Roadsters. During the fourth quarter of 2012, the majority of the final Roadsters were sold in Europe and Asia.

Since early 2010, Tesla has been producing right-hand-drive Roadsters. In numerous countries, the Roadster was eligible for government subsidies. How successful was this original roadster?

In the March 2010 print edition of British enthusiast magazine EVO (p. 120), editor Richard Meaden was the first to review the all-new right-hand-drive version of the Roadster.

He said the car had “serious, instantaneous muscle”. “With so much torque from literally no revs the acceleration punch is wholly alien.

Away from traffic lights you’d murder anything, be it a 911 Turbo, GT-R, or 599, simply because while they have to mess about balancing revs and clutch, or fiddle with launch controls and invalid warranties, all you have to do is floor the throttle and wave goodbye”.

On July 8, 2007, in a review for the prototype Roadster, Jay Leno wrote, “If you like sports cars and you want to be green, this is the only way to go. The Tesla is a car that you can live with, drive and enjoy as a sports car. I had a brief drive in the car and it was quite impressive.

This is an electric car that is fun to drive.” So clearly, the new Roadster had a lot to live up to. Elon Musk said recently that the much-anticipated second-generation Tesla Roadster will now be available in two years.

According to the CEO, the model’s third postponement was related to supply chain difficulties this year, who added that if “2022 is not huge drama,” the new EV will begin deliveries in 2023.

The widely awaited new roadster was originally scheduled to arrive in 2020, but Musk revealed in May of that year that it would be more likely to arrive in late 2021.

When January rolled around, he said that manufacturing would not begin until 2022. When the specifics of the ultra-high-performance EV were originally published, auto fans were taken aback, especially promises that it would be able to accelerate from zero to 60 mph in 1.9 seconds and have a peak speed of more than 250 mph, potentially making it the world’s fastest production car.

The EV, according to Tesla, can run a quarter-mile in 8.8 seconds and has a tremendous torque of 738 ft-lbs. According to Tesla, the new model will be equipped with a large 200-kilowatt-hour battery that will provide an astonishing 620 miles of driving range once it is introduced.

With such a range, the EV would be head and shoulders above the competition. It also has four seats instead of the typical two found in most classic roadsters.

Because of the model’s tiny electric four-wheel drive powertrain, the extra seating is conceivable. The second-generation Tesla Roadster is thus a 2+2 coup with a removable glass roof.

It was designed by Franz von Holzhausen, Tesla’s chief designer who has also been responsible for most earlier vehicles made by Tesla Motors. The Roadster has three electric motors, one in front and two at the rear, allowing for all-wheel drive and torque vectoring during cornering.

What is torque vectoring, you may ask? Torque vectoring is a technology used in vehicle differentials that allows an electrical system to alter the torque applied to each half-shaft. In all-wheel-drive cars, this type of power transmission has lately gained popularity.

This improves launch and handling by allowing the wheels to grip the road. It s quite similar to thrust vectoring technology seen on fighter jets, which allows them to make insanely sharp turns without sacrificing stability at all.

Differentials with torque vectoring were first employed in racing, and some of the first rally vehicles to incorporate the system were Mitsubishi rally cars. The technology has progressed slowly and is already being used in a limited number of production cars.

The Tesla Roadster features an all-wheel-drive to take full use of the strong electric motors while also offering driving stability, which is the most prevalent usage of torque vectoring in automobiles today.

As befitting a car with technology shared by fighter jets, you truly have to see what the dashboard looks like to believe it. If the sleek, futuristic design doesn t make it a spaceship for the road, we cannot think of anything that will.

As is customary with Tesla vehicles, full integration with mobile phones and other Tesla services is guaranteed, along with upcoming products such as Starlink and its GPS.

However, it will take a while. To put it another way, the Tesla Model S Plaid will continue to be Tesla’s fastest electric car for another two years. It would be fantastic to see the Tesla Roadster sooner and pit it against the Rimac Nevera to see whether it can avenge the Plaid, who just lost a drag race against the Nevera.

Speaking of motorsports, Tesla already has its targets set, and they ve been trying to make a name for themselves in it. Electric GT Holdings suggested a zero-emission worldwide car racing competition called the Electric Production Car Series.

The first season was scheduled to begin in 2018, but it was canceled before it could begin due to the main investors lack. (???) A customized version of the Tesla Model S P100D was supposed to be used by all teams.

The new Roadster presents a strong and once-in-a-lifetime opportunity for Tesla to either create a special Roadster Cup with all drivers using a Roadster or enter it in the GT3 and Le Mans races as the first EV to race in those disciplines, making history yet again.

However, a word of caution for those who are celebrating way too early. According to Salim Morsy, an electric car expert at Bloomberg New Energy Finance, research done by Bloomberg L.P. suggests that the range per charge estimate is ambitious.

Morsy asserted in an article headlined Tesla’s Newest Promises Break the Laws of Batteries that the promised battery capacity would need batteries that were too huge for the Roadster’s compact body.

“I’m very sure the automobile you saw last week didn’t have the whole 200 kilowatt-hours. Right now, I don’t believe it’s physically possible to do so.” Musk remarked, This is what we are achieving in the prototype,” which Morsy’s study directly contradicts.

He went on to say that the viability of the acceleration claim was predicated on the availability of adequate tires with the requisite traction. Whatever happens with the Roadster, we believe it s safe to say that no one will be disappointed.

So what do you think? Do you think it will blow everything else out of the water? Or is this the project that is finally too big for Tesla to pull off successfully? Let us know what you think of the upcoming Roadster in the comments below.

Thanks for reading till the end. Comment what’s your opinion about this information “Elon Musk Finally Reveals Their Car “The Tesla Roadster” With New Design”.