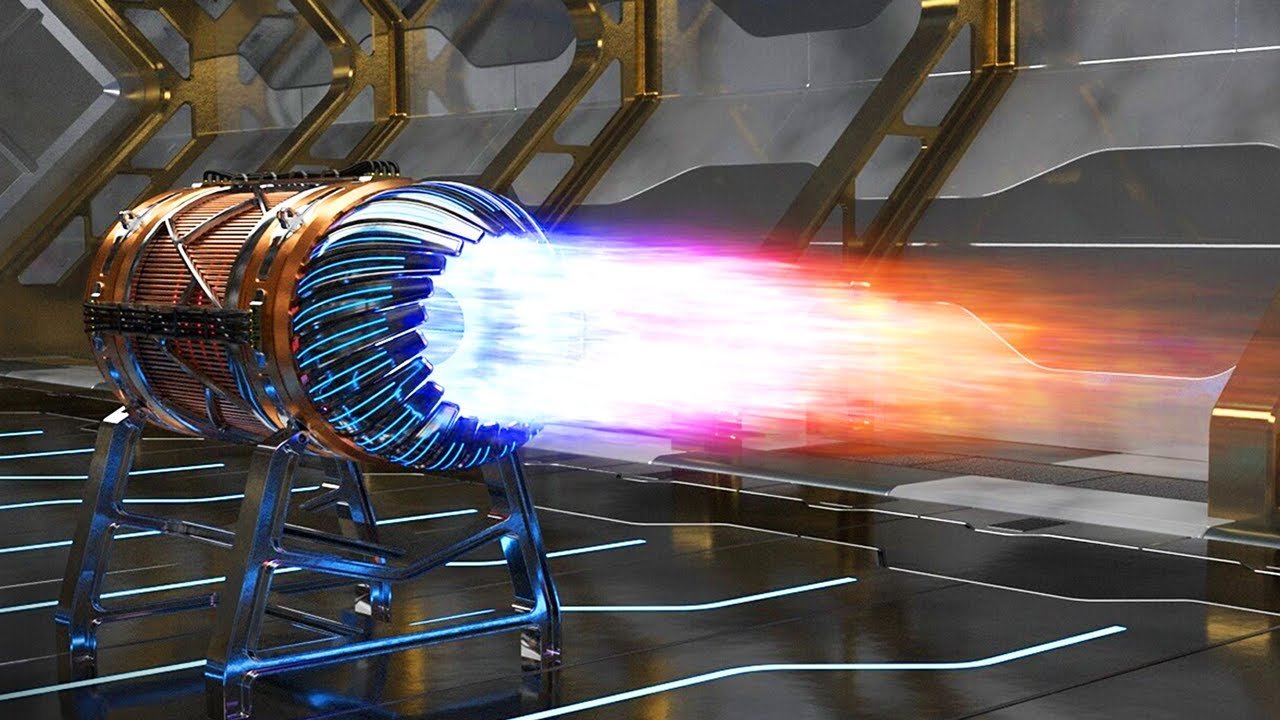 What Are Electric Plasma Jet Engines?: Imagine a dazzling modern airliner that traverses a world powered exclusively by clean electricity and fresh air. This grand vision of a new generation of jet thrusters is making big noise in engineering laboratories around the world. But is this technology the solution to runaway climate change and reliance on fossil fuels – or just loads of hot air?

A plasma propulsion engine is a type of electric propulsion that generates thrust from a quasi-neutral plasma. This is in contrast with ion thruster engines, which generate thrust through extracting an ion current from the plasma source, which is then accelerated to high velocities using grids/anodes.

Jet fuel, which is usually a petroleum mixture based on kerosene, mixes with compressed air and ignites. This resultant gas is rapidly heated, which in turn expands with an explosive force.

This force is then harnessed to power fans, or detonated directly from the rear of the engine performing classic jet thrust. Electric plasma jet engines, on the other hand, give off any smelly toxic hydrocarbons. Instead, they generate that significant propellant expansion of the gas with the help of hot plasma.

Plasma, since you ask, is another state of matter such as solid, liquid, or gas. Plasma occurs under fairly specific conditions, such as in the burning heat of a star, or in a highly charged event in the air such as around a lightning bolt.

If plasma can be artificially superheated, the theory goes, an engine powered by its expansion could generate enough thrust to fly an aircraft. This essential basis has been discovered experimentally by laboratories in the US and Berlin.

But the most promising recent breakthrough occurred, of all places, in Wuhan, China. Jou Tang, a polymath professor working at Caltech and Bell Labs in various fields from nanotechnology to artificial photosynthesis, was investigating the use of microwaves in the production of synthetic diamonds.

At the moment of inspiration, Tang wondered if a similar technique could be used to generate thrust. For this, he and his team at the Institute of Technological Sciences at Wuhan University developed a device that ionizes compressed air by driving past electrodes and forcing it along a specially designed quartz tube.

This, for starters, produces low-temperature plasma. Here comes the clever bit. The tube containing this plasma intersects with a waveguide. That waveguide — a pipe, essentially — is carrying magnetron-generated microwaves.

The pipe simply narrows as it approaches the quartz tube. So microwaves meet low-temperature plasma at their lowest point, at their greatest intensity.

When this happens, the focused microwaves cause the charged particles in the plasma to oscillate wildly, releasing energy and heating up to 1000 °C quite fast. This in turn makes – ta-dah! – That all-important emphasis.

Although still in its early stages of development, Tang is optimistic that within a few years his new device could be ready to power drones, hopefully before moving on to manned aircraft. So, can we stop drilling for oil already?

Not yet. One fundamental shortcoming that Tang and his team have yet to overcome is the positively Haidian 1,000-degree burn temperature. Which is too hot for any aviation-grade engine housing to tolerate, without the substantial and probably quite lethal so-called ‘plasma erosion‘.

There is also no inattentive question of scale. Under laboratory conditions, Tang’s microwave-powered thruster was able to rapidly lift a 1 kg steel ball on a 24 mm diameter tube.

In terms of simple force, it can be, hypothetically, directly increased to power a usable jet engine. But the airflow would need to be increased by a factor of about 15,000. In the engineering world, what works on a small scale rarely operates on the grand dimensions of a commercial jet airliner.

More intractable than any of those small catches, however, is how to electrically power the device in flight, without access to the power grid. Conventional jet fuel, for all its failures, carries far more energy than a battery at the same weight.

As much as 43 times more energy in fact. And weight is a huge deal when you need to travel by air. Tang’s experiment created a thrust of about 28 Newtons per kilowatt of electricity. For perspective, the Airbus A320’s engines generate about 220,000 Newtons of thrust.

This means any comparatively massive aircraft powered by Tang jets will burn more than 7,800 kWh of juice. Let’s say we are using currently available battery technology. You’d only need some 570 Tesla Powerwall 2 units for an hour of the flight which isn’t very useful anyway, considering the Airbus A320 can only carry a third of the Powerwall as payload.

Tang, like other researchers in the plasma jet field, is looking forward to improving batteries, or compact fusion nuclear reactors, to bring his brainchild to the runway.

Incidentally, the idea of ​​using smaller, conventional nuclear fission reactors – such as the Russian KLT-40s – has been mooted. Although the problem of radioactively shielding passengers, not to mention the catastrophic cost of any accident, the plan is, shall we say, unlikely.

Oh, and even if enough power could be harnessed on an aircraft, analysts consider the cabling required to carry all that juice to the plasma engines prohibitively heavy. anyway, using current technology.

Despite the high-pitched claims from the Wuhan team, many analysts believe the technology is potentially flawed, despite the power issues being resolved. Steven Barrett, an MIT professor of aerospace engineering, was positively intrigued when asked to comment on the research on Twitter last summer.

“This is wrong in terms of physics and measurement,” he thundered after reading about the Wuhan team’s steel ball experiment. ‘What they’ve done is essentially like heating a stovetop pressure cooker until the valve rattles and the result is called thrust.’ ‘But pressure cookers don’t blow up’.

He suggested that adding heat, with a microwave or some other method, only works if you compress the air like the first jet engine, which requires vast amounts of power. ‘Otherwise, jet engines don’t have compressors, and you can just light a candle and apply thrust.

‘Even the candles don’t blow.’ Still, the technology isn’t completely useless. NASA has been using electric plasma engines for the past few years. In space, they work precisely on active xenon plasma, without taking away the friction of atmospheric pressure.

Even with such little oomph, thanks to months and years of constant acceleration in the bay of space, they can reach speeds high enough to carry out interplanetary missions.

Some futurologists have explicitly suggested that we may see a coming generation of ‘hybrid’ aircraft that use plasma jets for cruises in the high atmosphere, as fossil fuels do all the heavy lifting on take-off. Still, suffice it to say that it will be a good time before this promising green technology takes off.

Thanks for reading till the end. Comment what’s your opinion about this information “What Are Electric Plasma Jet Engines?“.

13 thoughts on “What Are Electric Plasma Jet Engines?”