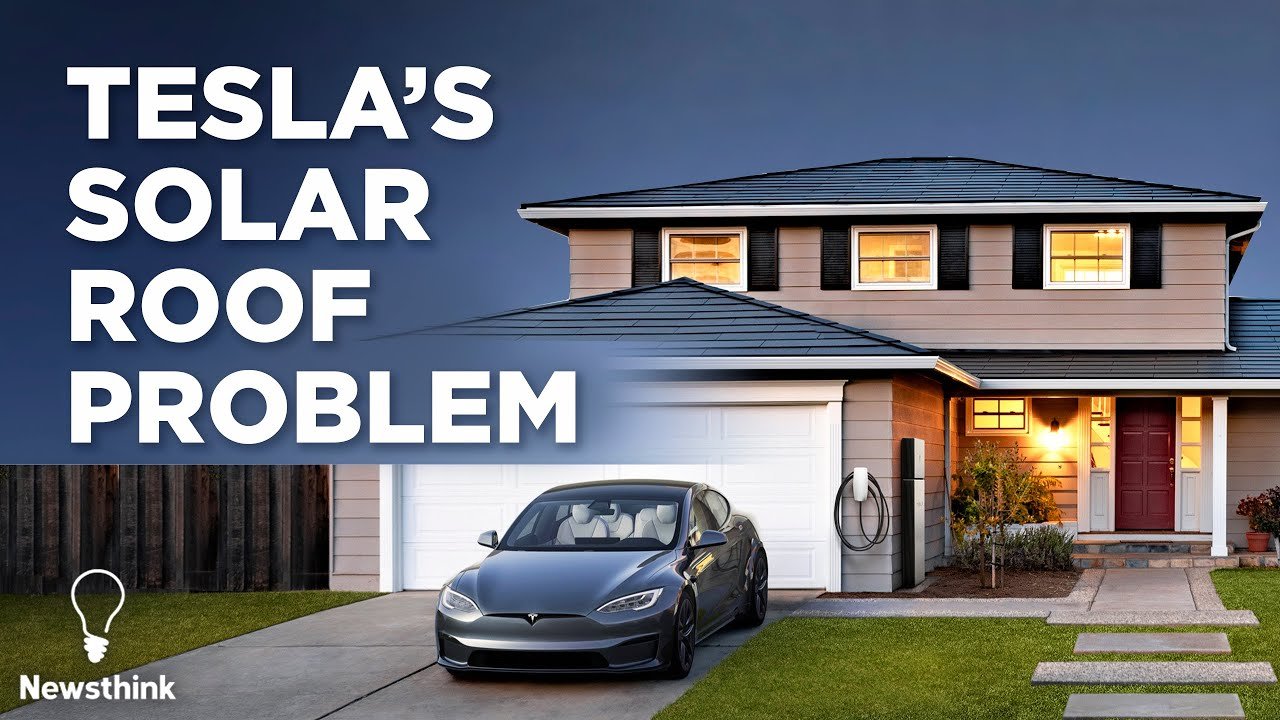 What Ever Happened to Tesla’s Solar Roofs?: It’s been five years since Elon Musk first showed off Tesla’s solar roof tiles. You’ll want to call your neighbors over and say, ‘check out this sweet roof.’” Yet five years later, they are far from mainstream.

Unlike Tesla’s other offering of large solar panels, these tiles are made to look like normal roofing shingles that generate electricity for your home. Getting into the business of making them was controversial. Tesla shareholders sued Musk for buying the solar panel company founded by his cousins, SolarCity, for $2.6 billion alleging it amounted to a bailout for his family of which.

He was also the largest shareholder of SolarCity. So Musk bet big on these tiles. But their deployment has fallen from the highs of 2017, although it appears to be picking up recently. Tesla notes 2021 saw a 68% increase in megawatts deployed year over year.

However, although Tesla claimed it could manufacture 1,000 solar tile roofs a week, Bloomberg reported that the company could barely manage 200 weekly installs in 2021. I’ve reached out to Tesla for the latest figures but haven’t heard back. Turns out, it’s been harder to install the roofs than Tesla imagined.

“…we are choked at the installation point. We basically made some significant mistakes in assessing the difficulty of certain roofs. The complexity of roofs varies dramatically. So you just can’t have a one size fits all situation.”

Tesla installs some roofs themselves and at other times, relies on third-party installers. So the big thing with Tesla’s solar roof is the complexity factor.

CJ McConaghy is the owner of Three Tree Roofing, a certified Tesla roof installer in the Seattle area. The plans that we get, that we design for the roof, it looks like a lego kit. Just like a lego set, all the pieces have to fit together perfectly. The wiring is also very complex.

This isn’t something we deal with with any other kind of roof. Dealing with the tiles, handling them because it’s glass. They’re also pretty slippery. There are just a lot more moving pieces to this type of roofing than a traditional roof.

So if a traditional roof, the kind that most houses currently have, takes three days to install, how long does a Tesla roof take?

That’s a great question. If it’s a moderate to easy roof design the Tesla solar roof is going to be more like 10 to 12 days.

Given the unforeseen complexities, Tesla hiked the prices of its roofs which really upset customers. And got slapped with a class-action lawsuit in California last year led by a customer who said his contract got increased from $71,000 to a whopping $146,000!

Tesla then told customers’ attorneys it would reverse the hike for those who had already signed contracts. So, how much could you expect to pay for one of these roofs right now? That depends on many factors: where you live, the size of your home, its age.

As an example, Tesla’s order page shows a 2000-square foot home in Las Vegas with an average electricity bill of $135 a month is estimated to cost $57,300 before the U.S. federal tax credit. Tesla notes the price can vary up to $12,000 depending on complexity.

To try to entice more people to choose their roofs, Tesla recently announced a 20-year loan option so customers can pay for their system over time. A big reason Tesla hasn’t done more to boost its solar business – is because its primary focus is on mass-producing electric cars.

Tesla went through hell in 2018 trying to churn out its most affordable car yet, the Model 3. So it was all hands on deck to crank out as many cars as possible and solar took a back seat. “We had to basically take the whole company including a bunch of people that were on solar (and) have them work on cars.”

Not only did Tesla divert staff it also fired solar executives. Bloomberg reported that Musk dismissed both the head of Tesla Energy, RJ Johnson, and Ryan Nungesser, the director of operations at Tesla’s Buffalo factory where the tiles are made. And now, the focus is on Model Y production at two new gigafactories: in Texas and Berlin.

Even with so much on its plate, Tesla likely won’t give up on its solar ambitions. Because it’s a way to show the world that it’s more than a car company but one that intends to lead the transition to clean energy. And I hope you agree that’s the future we want.

Solar is an integral part of its clean energy ecosystem. The energy produced from the roof is stored in the Tesla powerwall, which can power your home during an outage or charge your electric car. It’s an obvious three-part solution. Except two parts are still missing.

Not only the solar tiles. But also, powerwall production has lagged behind which Musk blames on chip shortages due to the pandemic. Tesla acknowledges its solar division has work to do. It wrote in its fourth-quarter earnings report that it plans on “…making further cost improvements…”

It appears to be making progress in that direction. Tesla has launched an updated solar roof tile with a 23% higher power capacity without increasing the tile size according to a spec sheet obtained by Electrek.

So fewer solar tiles would be needed since each roof uses a mix of tiles – some with and without solar cells although they all look the same. Fewer solar tiles mean fewer electrical connections which can bring down the cost. Although Tesla’s solar roofs have yet to take off, Musk says he’s confident it will happen. I think it will not be long before Tesla is by far the market leader in solar.

Thanks for reading till the end. Comment what’s your opinion about this information “What Ever Happened to Tesla’s Solar Roofs?“.

1 thought on “What Ever Happened to Tesla’s Solar Roofs?”