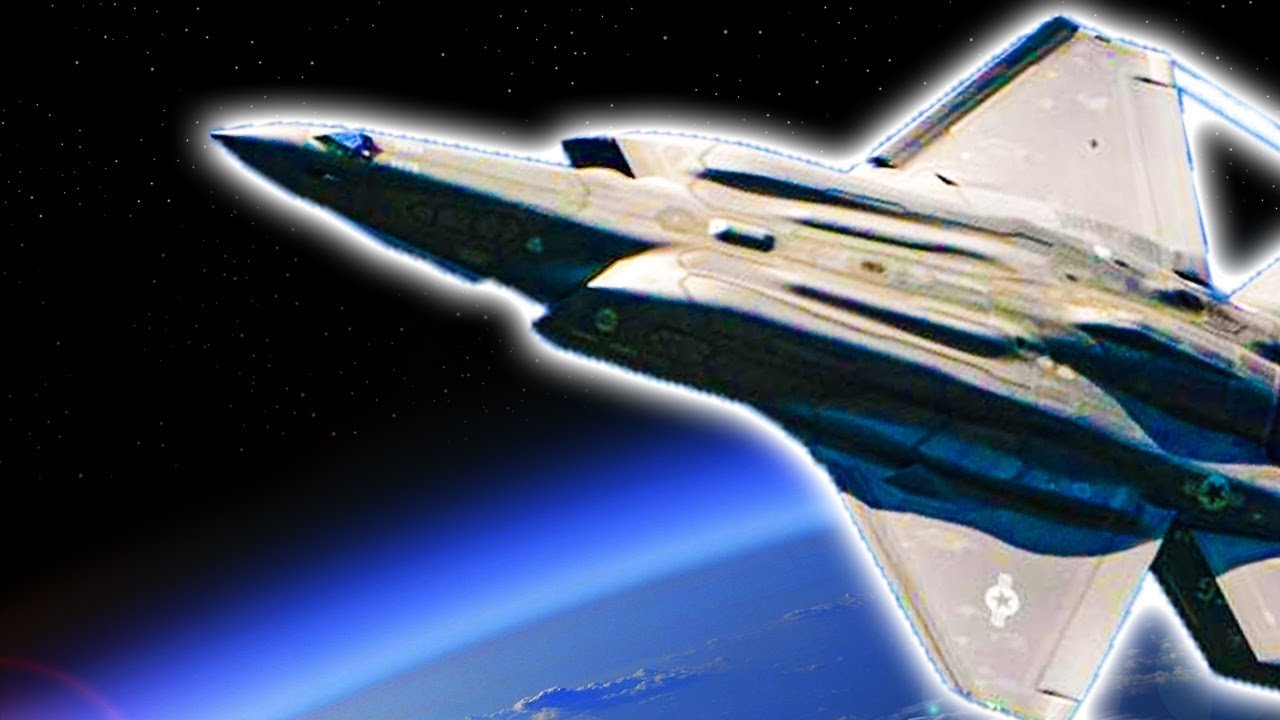 The Only Plane Which Accidentally Flew Into Space – Flight 90: When we think of space vehicles capable of flying one hundred thousand kilometers into space, we think of huge rockets such as NASA’s SLS and SpaceX’s Falcon rockets, NOT winged airplanes such as Boeing 747 or rather, something akin to a fighter jet.

That’s because airplanes just can’t fly in space. They’re not built for that. Or so you think? Well, you’ll be shocked to find that a winged airplane actually made it to space and landed back on earth in one piece.

Although rockets had already outpaced airplanes in terms of height and speed of flight by the 1940s, aerospace experts were still considering the possibility of reaching space using winged vehicles.

In the United States, the National Advisory Committee for Aeronautics, also known as NACA, NASA’s precursor, the Air Force, and the Navy depended on the X-series of experimental rocket-powered aircraft to explore aviation’s most remote frontiers.

Of the X series, The North American X-15 is a rocket-powered hypersonic aircraft. It was part of the X-plane series of experimental aircraft flown by the United States Air Force and the National Aeronautics and Space Administration.

In the 1960s, the X-15 established speed and altitude records, reaching the edge of space and returning with critical data utilized in aircraft and spacecraft design. The X-15 was based on a concept study for a hypersonic research aircraft created by Walter Dornberger for the National Advisory Committee for Aeronautics (NACA).

The requests for proposals, RFPs, for the airframe were issued on December 30, 1954, and the rocket engine on February 4, 1955. The X-15 was produced by two different companies: North American Aviation built the airframe in November 1955, while Reaction Motors built the engines in 1956.

This established the official world record for the fastest speed ever achieved by a crewed, powered aircraft, which has yet to be beaten. The X-15, which was conceived at NACA in the early 1950s and first appeared on paper in the mid-1950s, became the final rocket-powered aircraft in the X series.

With the assistance of a tiny rocket engine, the one-seat plane with a wingspan of only 6.8 meters was meant to fly up to seven times the speed of sound, or Mach 7. Following a mid-air drop from the B-52 mothership, the X-15 would fire its liquid-propellant rocket engine, achieving record-breaking speed and height.

Ironically, the major challenge for such missions was not the climb but rather the return flight, which demanded the highest level of competence from the pilot.

Another issue was staying on track and at the required speed so that the plane, which was flying at the maximum of its capabilities, did not go beyond the point of no return. Because of its ability to change thrust, the X-15’s engine was the largest known.

Walker received the Distinguished Flying Cross once, in July 1944, from General Nathan Twining. Walker left the Army Air Forces after WWII to work as an experimental physicist at the National Advisory Committee for Aeronautics (NACA) Aircraft Engine Research Laboratory in Cleveland, Ohio.

Walker became a test pilot in Cleveland and did icing studies in flight as well as at the NACA icing wind tunnel. In 1951, he was sent to the High-Speed Flight Research Station in Edwards, California. Walker was one of the pilots chosen for the United States Air Force for their Man In Space Soonest (MISS) mission was never completed.

That same year, NACA was renamed the National Aeronautics and Space Administration, NASA. Walker became the first NASA pilot to fly the X-15 and the second X-15 pilot, after Scott Crossfield, the manufacturer’s test pilot, in 1960.

Walker did not understand how powerful the X-15’s rocket engines were on his first flight, and he was pressed back into the pilot’s seat, screaming. This flight, piloted by Joseph Walker, deviated from the initial plan in a few unusual ways.

Instead of derailing the mission, these unforeseen deviations allowed Walker to cross the Karman line and become the first US person in space. It also made the X-15 mission aviation history’s first spaceflight of a spaceplane.

The pilot’s aim was to rise to 315,000 feet (96 kilometers), just shy of 100 kilometers, when the trip would be classified as a spaceflight under the International Aeronautical Federation’s (FAI) criteria.

The flight followed a conventional X-15 aircraft scenario, beginning with a takeoff from Edwards Air Force Base in California attached beneath the wing of a modified B-52 bomber at 10:19:53 local time (17:19 UTC) and accompanied by a chase aircraft.

Walker ignited the XLR99 rocket engine of his X-15 No. 3 after being released from the carrier aircraft above Smith Ranch Lake, Nevada, at 18:20 UTC.

According to the design, Mach 5.4, the engine would be fired for 83 seconds, speeding the aircraft to 5.4 times the speed of sound. However, the engine fired 1.5 seconds longer, despite Walker’s claim that he had tried to shut it off on time.

Furthermore, on that day, the unpredictability of the XLR99 engine “decided” to swing toward somewhat better performance. Finally, the ascension trajectory proved to be 0.5 degrees steeper than anticipated. The X-15 reached a top speed of 5.5 Mach as a result of this threefold departure from the flight plan or 3,710 miles per hour.

More crucially, the aircraft exceeded the mission’s target ceiling by 31,200 feet (9.5 kilometers). As a consequence, the trajectory reached a height of 347,800 feet (106 kilometers). Technically, the X-15 had reached space and become a spaceplane by accident!

Walker was the first American citizen to fly in space, and just the second civilian overall, having been preceded by the Soviet Union’s cosmonaut, Valentina Tereshkova, one month earlier.

Walker became the first human to complete several spaceflights of more than 100 kilometers in Flights 90 and 91. Walker was also certified as an astronaut after flying on Flight 77 on January 17, 1963, according to the US Department of Defense criteria of greater than 50 miles (80 km).

Later, the X-15 successfully landed at 18:31 UTC on a dry bed of Rogers Lake within the Edwards Air Force Base after 11 minutes and 25 seconds in free flight, despite the pilot’s failure to reach a smoke signal put up near the targeted touchdown spot.

The way was now clear for a further bold, and this time premeditated, effort to break the 100-kilometer barrier. Walker was also the first test pilot of the Bell Lunar Landing Research Vehicle (LLRV), which was designed to explore lunar landing piloting and operating procedures. Walker flew the LLRV for the first time on October 30, 1964, attaining a height of roughly 10 feet and a total flying time of slightly under one minute.

Thus, Walker’s flight eventually made it possible for Neil Armstrong to take the fateful step on the surface of the moon. Sadly, the story does not have much of a happy ending. Walker was killed when his F-104N Starfighter pursuit plane collided with a North American XB-70 Valkyrie on June 8, 1966.

Walker’s Starfighter was one of five aircraft in a close formation for a General Electric promotional shot at a height of around 25,000 ft (7.6 km) when his F-104 collided with the XB-70’s right wingtip.

The F-104 swung over and, rolling inverted, went over the top of the XB-70, damaging both its vertical stabilizers and left-wing before exploding and killing Walker. The Valkyrie went into an uncontrolled spin and crashed in Barstow, California, killing co-pilot Carl Cross.

According to the USAF summary report of the accident inquiry, given the location of the F-104 relative to the XB-70, the F-104 pilot would not have been able to view the XB-70’s wing unless he looked back over his left shoulder uncomfortably.

The study stated that Walker was unable to adequately detect his velocity relative to the Valkyrie from that vantage point, resulting in his aircraft colliding with the XB-70’s wing. Regardless, the legacy of such a pilot can never be forgotten.

He took the brave leap into the unknown and lived to tell the tale. Let us know what you think about this story in the comments below.

Thanks for reading till the end. Comment what’s your opinion about this information “The Only Plane Which Accidentally Flew Into Space – Flight 90”.