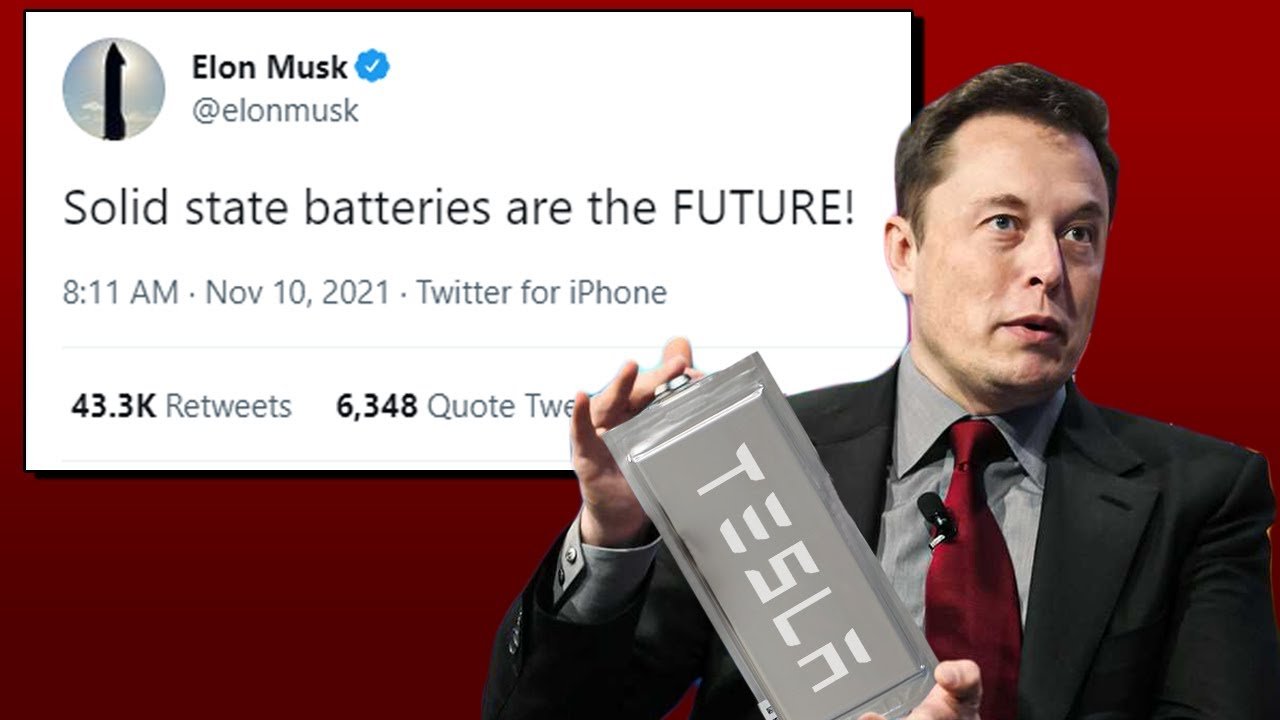 Solid-State Batteries Will Be THE END of Lithium Battery According To Elon Musk: Toyota, the biggest global car manufacturer, is about to change the world. With its new battery technology, Toyota will have the automobile industry eating out of its hands.

They will be defining what car manufacturing looks like in the future and keep a tight hold on the supremacy of their products. Toyota has been on the frontlines in building cars for the world. While it may have seemed like the electric vehicle boom left them looking left behind, that is far from the truth.

In a new leak, Toyota’s plans for a solid-state battery that could change the way we see cars have been revealed and it is mind-blowing!

After earning the spot as the first company to popularize hybrid vehicles, Toyota subsequently became the world leader in the last decade. With an internal combustion engine as well as a battery to increase the vehicle’s mileage, Toyota hybrid vehicles managed to reduce fuel consumption by a lot and so, are now helping the environment.

For one, the Toyota Prius series of hybrid vehicles is the biggest reference for green transportation. So just like the hybrid cars project and the one that they have done with the Prius, Toyota is about ready to reach new heights with the new solid-state battery-powered electric vehicle.

Industry experts have said that Toyota occupies the top position in solid-state battery technology. The Japanese government has assisted Toyota in a lot of development and research to get solid-state batteries to a place where they are affordable and easy to manufacture.

Apart from the money that the Japanese government has given for funding, Toyota is also spending about 13.6 billion dollars of its funds to get battery technology to the level they need it.

By 2028, according to Nicki Asia, Toyota would have dropped the first electric vehicle to run on a solid-state battery. They’re not alone in this quest because Japanese company Nissan is also planning to release an electric vehicle around that time.

The two companies are both enjoying the two trillion yen or 19.2 billion dollar fund that the Japanese government has created for research in this field, but Toyota seems to be taking more advantage of it.

According to the European Patent Office and International Energy Agency, Toyota has successfully gotten over 1,000 patents on solid-state batteries to its name.

In fact, between 2014 and 2018, Toyota recorded the largest patent applications on solid-state technology ever. So, even though Toyota’s name might not always be in the news it is clear that the company cares about improving transportation’s effect on the planet.

When compared to regular batteries like lithium polymer and lithium-ion that use liquid or polymer gel electrolytes, this battery is different by a lot! The solid-state battery is created to regulate ions with a solid electrolyte and enable the electrons to flow easily from one electrode to the other.

Of course, we know that three important parts make up a battery which are two electrodes and an electrolyte that connects those electrodes. The anode is the electrode with the negative charge while the cathode carries the positive one and with the electrolyte, there is a connection between these two. Ions can move through it to combine with the anode and cathode.

Conversely, when the battery is charging, the ion flow is reversed, and now the electric energy is being used to transfer energy to chemical potential energy in the battery.

In conventional battery technology, like lithium-ion batteries, these are the ones where the electrolyte is in a liquid form. Simply put, this is the main difference between a solid-state battery and a regular battery. In a short video that was released a few days ago, Toyota showed us what the new line of battery-powered electric vehicles could look like.

Of course, these vehicles will be powered by a solid-state battery and in the video, we saw the vehicle going on a road test. The vehicle in the video looks like a version of Toyota’s LQ concept which first made its debut at the 2019 Tokyo motor show.

That was not the last time we saw it, as it has also appeared in a series of commercials for the Tokyo Olympic Games. Toyota’s chief technology officer publicly admitted in that video that the prototype vehicle that will run on only solid-state batteries has been perfected since June 2020.

Toyota’s vice President of mobility communications, Shiro Takamoto said in an interview with The Drive, “Based on that data, we continued to make improvements, and in August last year, we obtained license plate registration for vehicles equipped with all-solid-state batteries and conducted test drives.”

So what exactly is Toyota offering with this electric vehicle? The first is that it will have a pretty impressive range of 500 km. That means you can take a trip of up to 500 km after just one charge.

Impressively, you can also charge the battery from 0 to full in just 10 minutes and maintain over 80% of your charge capacity for 800 charge cycles or 2,400 miles. All of this will come to you with very little to no safety or speed hiccups.

For the industry of battery-powered electric vehicles, this is very exciting news that bodes well for the future. It will make owning an electric vehicle much more convenient and so more people will have an incentive to buy them.

You may understand what a solid-state battery is, but you might still not grasp the full extent of what it is capable of doing for the world. When compared to current battery technologies, solid-state batteries offer a lot of advantages.

Some of the most important ones are safety and speed. Solid-state batteries are safer to use and can also last for much longer than the regular lithium-ion or lithium polymer batteries. They offer a greater capacity just like Toyota’s battery which is offering a range of 500 km.

Another huge improvement is the faster charging times. One major complaint users of electric vehicles have had is the time it takes for their batteries to get full but with a solid-state battery, you don’t have to wait much longer than you would have to when filling an induction combustion engine up with fuel.

That is why Toyota can promise that its new battery will be charged in 10 minutes flat. Solid-state batteries also last for longer charge cycles than the regular batteries in use today.

The safety of solid-state batteries comes from the replacement of liquid electrolytes with solid materials. This makes the battery far less susceptible to flame and so allows them to work in a wider temperature window.

This will allow people in certain tropical climates to have the opportunity to own an electric vehicle. There is also the fact that solid-state batteries offer a greater power delivery than regular current battery technology.

To also serve as a reliable power source for electric vehicles, these new batteries must be able to go through several charge and discharge cycles without crashing. Toyota and all the other companies they are partnering with must tackle this problem head-on.

Scalability is another huge problem. The future of EV’s will require hundreds of gigawatt-hours of battery capacities and so the company producing these batteries must figure out how to reach that goal.

The automobile industry is trying to make electric vehicles more available and affordable. For now, these batteries are of no great help to that mission. Another challenge they have is that solid-state batteries still need quite a bit of lithium to work.

So even when current battery technologies give way to solid-state battery tech, there will be no escaping the need for lithium. While the Japanese government may help companies like Toyota and Nissan get lithium, the fact that the element is still in limited global supply will hinder the production of solid-state batteries on the scale that they are needed.

Luckily, Toyota is teaming up with major battery manufacturers like Panasonic and Toshiba so they just might have a fighting chance. With this new battery, do you think Toyota would take over other EV companies already in the market? Comment below and let’s hear your thoughts.

Thanks for reading till the end. Comment what’s your opinion about this information “Solid-State Batteries Will Be THE END of Lithium Battery According To Elon Musk”.