The UN World Food Programme chief said 2% of Elon Musk’s wealth ($6 billion) will solve world hunger. Weeks after billionaire Elon Musk asked the United Nations (UN) to show him how $6 billion of his wealth could solve world hunger, the world body has got back to him with an answer.

Musk had, on Twitter, responded to a CNN article in which the chief of the UN World Food Programme said two percent of the Tesla CEO’s wealth ($6 billion) will solve world hunger.

David Beasley, who heads the food-aid programme, had called on the world’s billionaires – such as Elon Musk and Amazon Inc founder Jeff Bezos – to “step up now, on a one-time basis” to help end world hunger. According to him “just $6 billion could keep 42 million people from dying” of hunger.

Reacting to this, Musk said, “if WFP (World Food Programme) can describe on this Twitter thread exactly how $6B will solve world hunger, I will sell Tesla stock right now and do it”.
He added: “But it must be open source accounting, so the public sees precisely how the money is spent.” 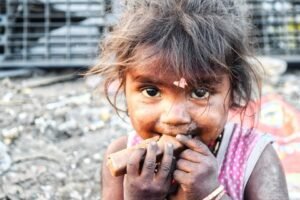 On Monday, Beasley shared with Musk, and the world, the UN World Food Programme’s call to the world’s billionaires to donate $6.6 billion to save 42 million people from famine.

The UN plan includes a break-up of how the money would be used. These include food and its delivery, cash and food vouchers, country-specific costs to design, scale up and manage, global and regional operations management, administration, and accountability.

Tens of millions of people across 43 countries are on the brink of famine, according to the UN World Food Programme.

Thanks for reading till the end. Comment what’s your opinion about this information ” Elon Musk asked for $6 billion plan to end world hunger”.