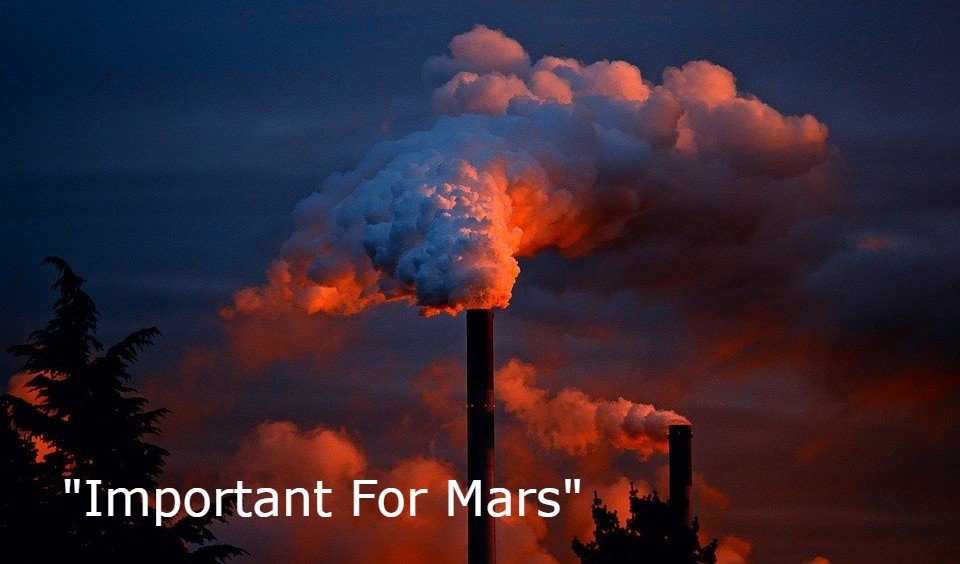 Elon Musk said SpaceX is launching a programme to take carbon dioxide out of the atmosphere and turn it into rocket fuel, adding that it will be important for his ambitious Mars mission.

“SpaceX is starting a program to take CO2 out of the atmosphere and turn it into rocket fuel. Please join if interested,” the billionaire entrepreneur tweeted.

“Will also be important for Mars,” he said in another tweet. 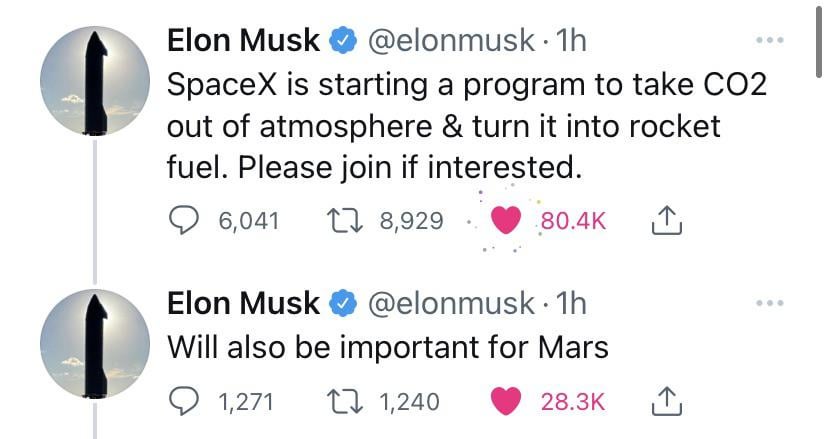 Musk, 50, was on Monday named Time magazine’s person of the year 2021. The magazine cited his embodiment of the technological shifts but also troubling trends reshaping people’s lives.

Musk speaks ambitiously about his interest in colonizing Mars and plans orbital flights next year as part of SpaceX’s planned American return to the Moon.

“The goal overall has been to make life multi-planetary and enable humanity to become a spacefaring civilization,” Musk told Time in an interview.

Last week, Musk had asked his 66 million-plus followers on Twitter whether human beings would be on the red planet by 2032.

Musk, the world’s richest man, has maintained that settling humans on other planets, such as Mars, could preserve civilization if Earth were to experience a cataclysm.

“History is going to bifurcate along with two directions. One path is we stay on Earth forever, and then there will be some eventual extinction event,” Musk had said in 2016.

He had also said that settlements would need large numbers of people in order to become self-sustaining.

SpaceX is coming close to orbital tests for the new spacecraft Starship, which is a major part of Elon Musk and SpaceX’s plans for the future of space travel. The company hopes that it will one day take humans to Mars. But, to take the Starships into orbit, a new launchpad in Florida is in the works.