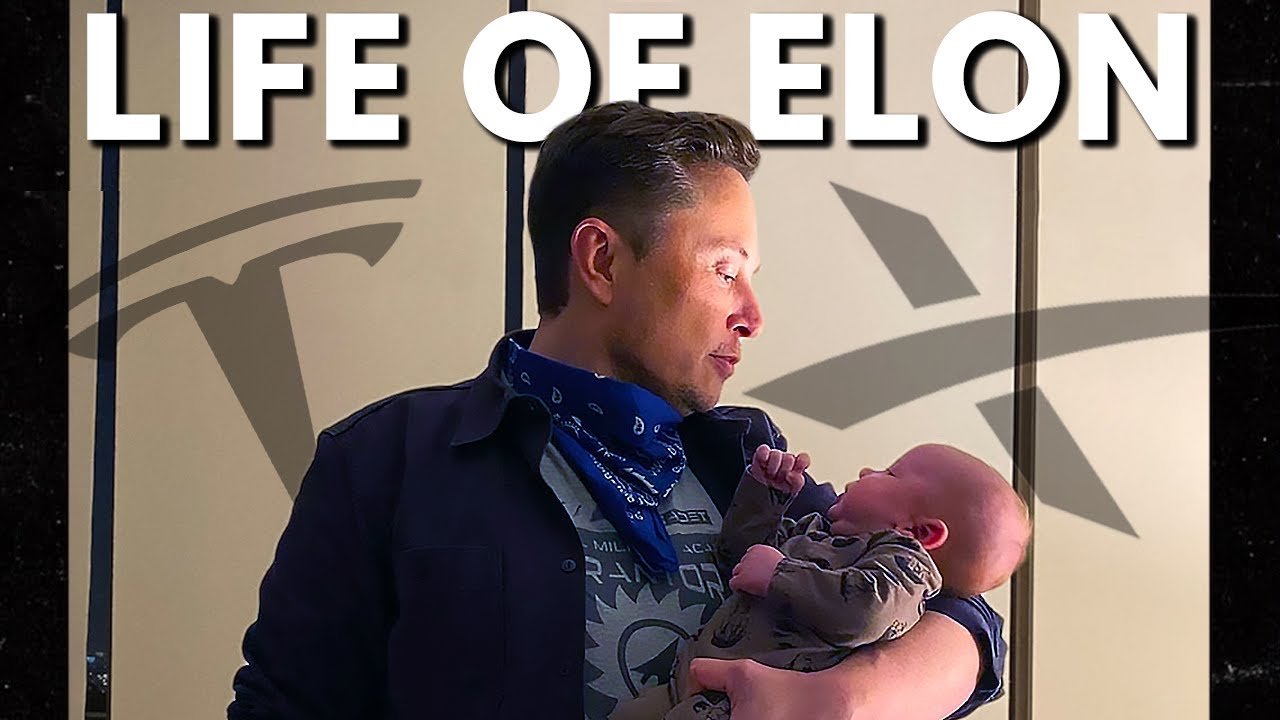 Daily Life of Elon Musk Is Not The Way It Seems: Being the shot caller of two industry-leading companies is bound to make your routine look a certain way. When your whole life mission is to completely change the world, nothing is off the table.

While we may guess some of the normal routines of a billionaire CEO, there are some not-so-usual elements that are expected to find their way into the daily routine of someone with Elon Musk’s personality.

Jiu-jitsu, anime, diet cokes…you’d be surprised what a busy billionaire such as Elon Musk can pack into a day. Join us as we will take you to step by step through the daily routines of the billionaire CEO, Elon Musk.

Elon Reeve Musk was born in Pretoria, South Africa, on June 28, 1971, at a period when the country’s society and economy were in total disarray.

Errol Musk, his father, is a South African electromechanical engineer, pilot, sailor, consultant, and property developer who previously invested in a Zambian emerald mine near Lake Tanganyika.

Errol Musk’s steely determination and unwavering commitment to his career would have a profound impact on Elon in more ways than one. Aside from resulting in a difficult childhood due to an absent father usually away working, the way his father was involved closely in so many things would inspire him towards computer programming.

Musk became interested in computers and video games when he was ten years old, and he bought a Commodore VIC-20. He learned computer programming from a book and, at the age of 12, sold the code for Blastar, a BASIC-based video game he built, to PC and Office Technology magazine for $500.

As the years went by, he became a student at the university. Musk enrolled at Queen’s University in Kingston, Ontario in 1990, but moved two years later to the University of Pennsylvania, where he earned a Bachelor of Science in economics and a Bachelor of Arts in physics. That’s right, two bachelor’s degrees.

Nowadays, students struggle to even maintain a business minor with their science major. During the summer of ‘94, in the midst of his studies, Musk worked for two Silicon Valley startups: Pinnacle Research Institute, which explored electrolytic ultracapacitors for energy storage, and Rocket Science Games, which was situated in Palo Alto.

Musk was accepted to Stanford University’s Doctor of Philosophy (Ph.D.) degree in materials science in 1995. He dropped out of Stanford after two days, opting instead to join the Internet boom and developed Zip2, an internet city guide, which he spent seven days a week coding out of an office, oblivious to the fact that he had yet to rent an accommodation.

After spending time with founding PayPal, X.com, SpaceX, and Tesla, he would later become widely admired and famous because of his handling of the 2008 global financial crisis in relation to the existence of SpaceX and Tesla, which was threatened by the crisis.

The world at large became curious as to what enabled him to create a mindset and skills that allowed him to save both companies at a time when established industry giants were collapsing like a house of cards.

Bits and pieces of his daily routine and early life would be made public until the late 2015s, during the heyday of the Tesla Model 3s success. It was also the time in which Tesla was first heralded as the new champion of electric vehicles, but let’s not forget about SpaceX.

Tesla’s ‘Technoking’ employs over 110,000 people throughout his many firms across the world. He is, however, probably a difficult boss to work for since he works hard and wants his employees to do the same.

According to Douglas Coupland in The Guardian, “people know they’re going to be working with Elon Musk, so they can’t play woe is me if he goes Elon on them… he’s incredibly smart and is used to working with the world’s smartest and most accomplished people, so if you don’t cut the mustard then you didn’t cut the mustard.”

So what does it take to cut the mustard with Musk? According to a tweet last year, Elon outlined four key traits: “A super hardcore work ethic, talent for building things, common sense and trustworthiness are required, the rest we can train.”

No one understands this better than Dolly Singh, SpaceX’s former head of talent acquisition, who would seek candidates for Musk. Singh says that “Diamonds are created under pressure, and Elon Musk is a master diamond maker… he knows you will exceed your own expectations if he keeps the heat on. It’s purposeful, and it’s brilliant.”

In short, Singh says that working for Musk at SpaceX is like joining the “Special Forces, we take on missions that others have deemed impossible.” And the same, apparently, is true at Tesla.

In terms of fitness, Musk confessed to Joe Rogan, “I wouldn’t exercise at all if I could,” although he does spend some time lifting weights and running on the treadmill while watching TV. He also dabbles in Taekwondo, karate, judo, and Brazilian jiu-jitsu.

The majority of Musk’s work hours are split between Tesla and SpaceX, while the rest of the time he spends on other ventures, where he is a co-founder, investor or executive.

Now that we understand that Musk expects his employees to operate on the same level as he does, what does his life look like? Work, eat, sleep is Elon Musk’s everyday regimen, with work taking up the majority of his time.

Musk goes to bed at 1 a.m. and wakes up around 7 a.m., receiving 6 hours of sleep, which he has found to be his sweet spot over the years. “Sleep is really great. I find if I don’t get enough sleep I’m quite grumpy.

I could drop below a certain threshold of sleep, although I would be awake more hours I would get less done because my mental acuity would be affected,” Musk said in a 2015 Reddit AMA.

When the millionaire gets up at 7 a.m. after receiving six hours of sleep, the first thing he does is spend half an hour responding to “important emails.” He drinks coffee, but he’s too busy most mornings to have breakfast.

The 45-year-old entrepreneur and computer titan then bids his goodbyes and sends his five youngsters from his first marriage off to school. Musk then takes a shower before heading to work. He claims he spends his mornings there talking about engineering and design.

His afternoons are spent attending meetings and working on design projects. He is renowned for suddenly exiting meetings if he believes his time is being wasted, and he intentionally avoids needless meetings.

He frequently falls into a state of flow in which hours pass him by without him realizing it, and he depends on his meticulous schedule to keep him on track with his priorities. He consumes the majority of his calories at night as a result of his demanding activity throughout the day.

He satisfies his appetite with business meals, and he admits to overeating. Musk has a soft spot for Diet Coke, alleging that it includes “some terrible chemical.” Musk prefers French cuisine and BBQ when he does eat.

From time to time, he also loves whiskey or wine. He gets home from work at 10 p.m., long after the smaller children have gone to bed, and spends the next several hours reading, watching anime Evangelion and Death Note. He then goes to bed at 1 a.m. after a long day.

While Musk appears to have accepted his workaholic habits and long hours, everyone has a breaking point and Musk is no different. Because in 2018, he was dangerously near.

In a New York Times profile, Musk detailed workweeks of up to 120 hours, “There were times when I didn’t leave the factory for three or four days — days when I didn’t go outside,” he said. “This has really come at the expense of seeing my kids. And seeing friends.”

Admittedly, it seems Elon Musk’s insane workaholic lifestyle and mindset have come at the cost of multiple failed relationships and marriages but hey, his relationship with his kids has not suffered as far as we know.

Indeed, it can be rather difficult for just about any human being to keep up with such high demands on the mind and body and Elon Musk is limited by the bounds of an average human being even if he’s extremely capable.

It is, however, absolutely true that Musk’s work ethic has completely changed industries and many people’s lives around the world and will only continue to do so. Maybe we can learn the best aspects of the way he conducts himself and benefit ourselves? It’s up to all of us.

Thanks for reading till the end. Comment what’s your opinion about this information “Daily Life of Elon Musk Is Not The Way It Seems “.