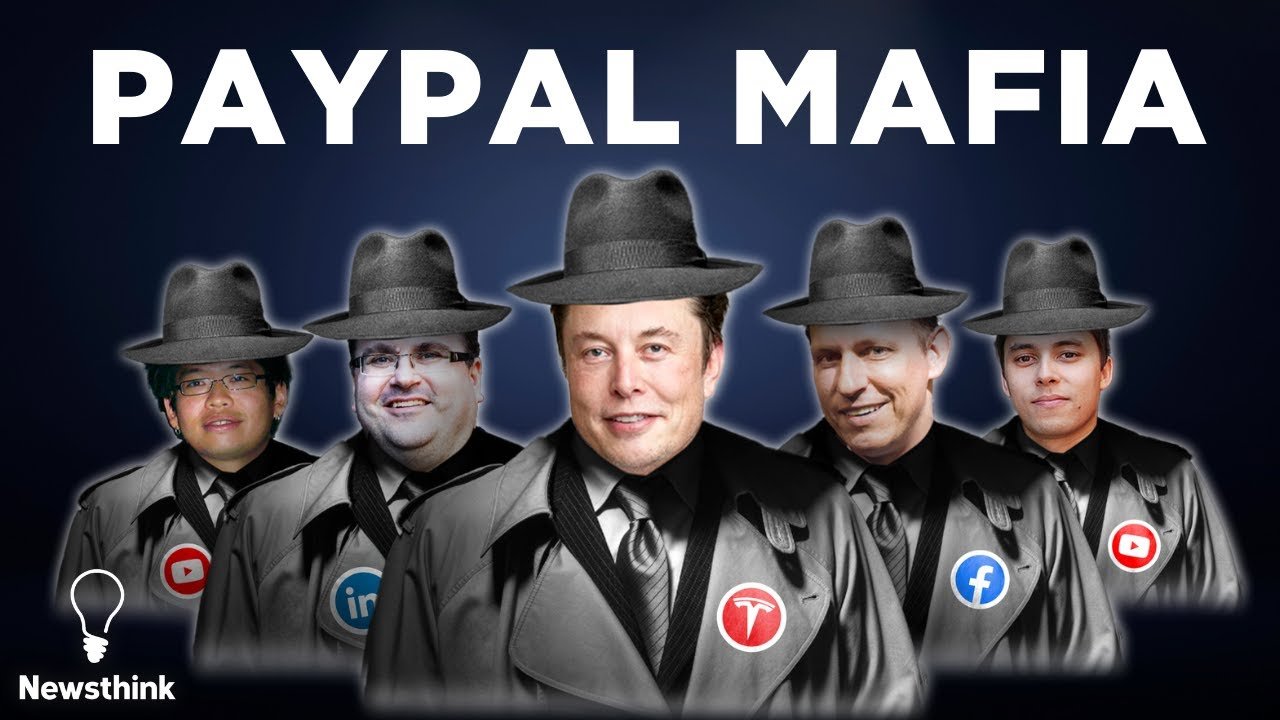 Why So Many CEOs Started Off at PayPal: What do the founders and leaders of Tesla, YouTube, and LinkedIn have in common? They all started their early careers at PayPal, the online payment company. This group of highly ambitious twenty and thirty-year-olds has been dubbed the “PayPal mafia” and once even dressed up as mafia members for the cover of Fortune magazine.

They went on to found or run some of the largest tech companies in the world. Elon Musk was absent the day of the shoot because of a scheduling conflict. This is by no means all of them. Peter Thiel estimates that the “mafia” is around 220 people.

Thiel is a famous start-up investor often referred to as the “don” of the PayPal mafia. PayPal began when Thiel and Max Levchin created software company Confinity as a way to transfer money through the once-popular Palm Pilot.

Confinity then merged with Elon Musk’s payment company x.com, to become PayPal in 2000. Musk briefly served as CEO before being kicked out in favor of Thiel who took over until eBay bought PayPal in 2002 for $1.5 billion dollars.

It was partly eBay’s doing for making these entrepreneurs so successful. When eBay bought PayPal, many of the PayPal employees left because they had difficulty adjusting to the traditional corporate culture at eBay.

Within four years, only 12 of the first 50 PayPal employees remained. The rest took their entrepreneurial skills to make the next great thing. And because they were friends they could lean on each other to build new companies.

Thiel and Levchin made a habit of hiring people they liked. Thiel recruited a bunch of Stanford grads who attended around the same time as him. Levchin scouted developers and former classmates from his alma mater, the University of Illinois Urbana-Champaign.

Levchin once asked a guy in an interview what he liked to do for fun. He responded: play hoops. Levchin decided not to hire him because he said everyone he knew in college who played basketball was an idiot.

They weeded out the jocks, frat members, and those with MBAs. Instead, they hired people like themselves. Levchin described the ideal candidate: “He thinks like me, he’s just as geeky, and he doesn’t get laid very often. Great hire! We’ll get along perfectly.”

And very importantly, they hired workaholics. A start-up involves long hours and a lot of pressure, but not a lot of sleep. The pace at PayPal was so intense that employees didn’t have a life outside of work. They were each others’ social life.

Most of the friends who showed up to Levchin’s 29th birthday at an upscale Vietnamese restaurant in San Francisco were former PayPal colleagues. At one point the conversation turned to how hard it was to find a good dentist.

That got Jeremy Stoppelman, a former VP of engineering at PayPal, and Russel Simmons, one of the brilliant engineers behind PayPal, talking about a website where people could review services. They would go on to found Yelp.

The problems they solved at PayPal served them well as they built their own companies. They had to figure out how to stop PayPal from losing millions of dollars each month.

They had to deal with fraud, stiff competition from credit card companies as well as eBay’s own payment system. As Reid Hoffman, a former executive vice-president at PayPal put it: “Nothing focuses your attention quite like losing money.” And the focus was the name of the game.

Former PayPal executive Keith Rabois explained on the question and answer site Quora that PayPal was driven by the “extreme focus” of each individual on a single task.

There was great emphasis on individual accomplishment and as a result, COO David Sacks wasn’t a fan of big meetings. This is something Elon Musk has taken to heart as CEO of Tesla. He reportedly sent an email to Tesla employees saying large meetings are a waste of time.

And people are free to walk out of one or drop off a call if they’re not adding anything of value. Musk took his $180 million in PayPal earnings from the eBay sale to become one of the major funders of Tesla while also starting his rocket company SpaceX.

Others put their money into supporting startups by PayPal alumni. That’s how YouTube began. Three former PayPal employees came up with the idea for a video sharing platform when they couldn’t find any videos of the famous Superbowl halftime incident involving Justin Timberlake and Janet Jackson in 2004.

Chad Hurley designed the logo and look of YouTube. Steve Chen made sure it worked. And Jawed Karim helped with both the design and the programming. Karim uploaded the first-ever video to YouTube, “Me at the zoo”, on April 23, 2005 which now has almost 200 million views! But the bond between three PayPal bros wasn’t enough to make YouTube successful.

They needed financial backing. And that’s where their PayPal connections came in handy. While at a backyard BBQ, Karim showed the site to his friend, Rabois, the former PayPal executive.

Rabois later told PayPal’s former chief financial officer, Roelof Bathoa, about it. Bathoa is a partner at Sequoia Capital, a venture capital firm that has backed big names like Apple and Google. Botha then got Sequoia to invest in YouTube.

Some PayPal executives went on to become prolific angel investors, like Hoffman. If you wanted to start a company, this was the guy to know. He reportedly arranged the first meeting between Thiel and Mark Zuckerberg which led Thiel to smartly invest half a million dollars into Facebook in return for a 10% stake.

Thiel would walk away with more than $1 billion dollars. There were few investors looking to write cheques at the time. The dot-com bubble of the late nineties destroyed the dreams of many when it burst in the early 2000s.

There was even talk in Silicon Valley that consumer tech might be dead. PayPal was one of the few start-ups to survive the crash. And not only survive but thrive which goes to show how important networking and surrounding yourself with the right people really are.

Thanks for reading till the end. Comment what’s your opinion about this information “Why So Many CEOs Started Off at PayPal”.

3 thoughts on “PayPal Mafia: Why So Many CEOs Started Off at PayPal”