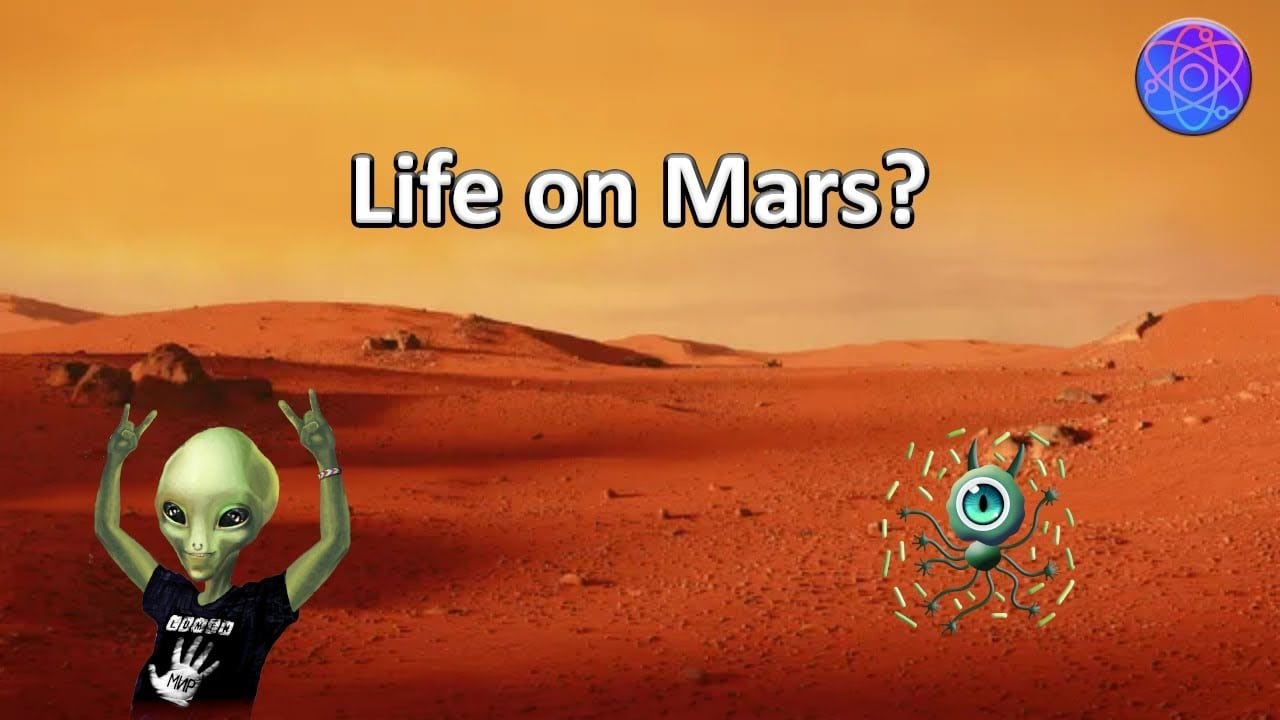 Can we Expect to Find Alien Life on Mars?: Some researchers say the search for life on Mars should not be focused exclusively on the distant past. 4 billion years ago, the surface of Mars was apparently quite habitable, with rivers, lakes, and even a deep ocean.

In fact, some astrologers view ancient Mars as a better cradle for life than Earth, and they suspect that life on our planet may have arrived here long ago, blasting into space from a powerful impact on the rocks of Mars.

Things changed when Mars lost its global magnetic field. Charged particles drifting from the Sun were then free to sweep away the once dense Martian atmosphere.

Observations from NASA’s MAVEN orbiter suggest that this process turned Mars into the cold, dry world we know today about 3.7 billion years ago. But this turn of events does not mean that Mars is a dead planet today.

“If there was life on Mars 4 billion years ago, there would still be life on Mars. Nothing has happened on Mars that would have wiped out life,” said Michael Finn, co-founder of the Genome Partnership, a nonprofit organization that runs Advances in Genome. Biology and Technology Conference.

“So, if there was life on Mars, it would have been around, it might have been hidden a bit, but it probably still is,” during a panel discussion at the Breakthrough Discuss conference at the University of California, Berkeley Finn said.

One of the most promising hiding places is the Martian underground. Although the surface of the Red Planet has no liquid water these days – other than, possibly, from temporary flows on warm slopes – there is likely a lot of wet stuff in buried aquifers.

For example, observations from Europe’s Mars Express orbiter suggest that a large lake may lurk beneath the Red Planet’s south pole.

Earth’s diverse inhabitants advertise their presence in dramatic and obvious ways. An advanced alien civilization could probably very quickly detect that our planet is inhabited by scanning our atmosphere.

We don’t see any such clear evidence in the Martian air, but scientists have recently noticed some intriguing signs.

For example, NASA’s Curiosity rover has rolled through two plumes of methane inside the 96-mile or 154-kilometer-wide Gale Crater, which the six-wheeled robot has been searching for since its 2012 touchdown.

The rover mission also determined that baseline methane concentrations in Gale’s air undergo seasonal cycles. More than 90% of Earth’s atmospheric methane is produced by microbes and other organisms, so it’s possible that the gas is a signature of modern Martian life.

But the jury is definitely still out on that. Abiotic processes can also generate methane. The reaction of hot water with certain types of rocks is an example. And even if Mars’s methane is biogenic, the organisms producing it may be long dead.

Scientists think Red Planet methane plumes leaked from underground, and no one can tell how long the gas is trapped there before making its way to the surface.

NASA’s 2020 Mars rover, also known as the Perseverance rover, which recently landed on Mars, will hunt for signs of long-dead Red Planet life.

The rover was sent to Mars for the sole purpose of finding ancient life and returning samples to Earth – which would be a major engineering feat by NASA scientists alone. But some researchers are pushing to expand the hunt for life on existing Martians.

One of them is molecular biologist Gary Ruvkun, who is based at Massachusetts General Hospital and Harvard Medical School. Ruvkun is one of three principal investigators on the Search for Extraterrestrial Genomes (SETG) project, which is developing a tool to trace the past or present of DNA- or RNA-based life on Mars and other alien worlds.

Discuss the panel – with Finney and several other researchers, and they also put forth the case for putting SETG equipment on future Mars rovers and other robotic explorers at the conference.

Part of that matter is centered on panspermia, the idea that life has spread widely throughout the Solar System, and perhaps the Milky Way, by natural or artificial means.

This idea suggests that, if life did indeed come to Earth from somewhere else, there’s a good chance it might have once thrived on Mars. The Red Planet could have been the source, or it could have been a “seed” like Earth. Ruvkun sees panspermia as very likely.

During his Breakthrough Discuss talk, he described himself as “a religious fanatic” about the idea. He cited the very early emergence of ATP synthase, the enzyme that makes the energy-storage molecule adenosine triphosphate, as supporting evidence.

ATP synthase goes back to the base of the tree of life on Earth, meaning this complex and complex molecule was up and running about 4 billion years ago.

If panspermia is indeed a thing, then any form of life on Mars or anywhere in our solar system is likely to belong to us, Ruvkun and others have argued. That is, such organisms would use DNA or RNA as their genetic molecule.

So, we must go looking for this stuff. It seems really silly not to discover DNA on Mars. It’s an experiment worth doing, shall we say.

Mars is not the only place in our solar system where alien life can flourish today. In fact, most astrobiologists would place the Red Planet slightly lower on the list, behind Jupiter’s moon Europa and Saturn’s satellites Enceladus and Titan.

Europa and Enceladus harbor deep oceans of salty liquid water beneath their icy shells. Titan is also believed to have a buried water ocean and lakes and seas of liquid hydrocarbons on its surface. But we will save them for another day.

Scientists say that even hellish Venus, a climate-change warning tale for Earth, may still harbor some habitable redoubts. Like Mars, Venus once had plentiful surface water, but a runaway greenhouse effect stripped the stuff away and left the planet with surface temperatures high enough to melt lead.

However, about 30 miles (50 km) above the surface of Venus the conditions appear quite clear. Penny Boston, director of the NASA Astrobiology Institute at the agency’s Ames Research Center in California, said she thinks life on modern Venus is less likely because of the planet’s “dewatering.”

Thanks for reading till the end. Comment what’s your opinion about this information “Can we Expect to Find Alien Life on Mars?”.

1 thought on “Can we Expect to Find Alien Life on Mars?”