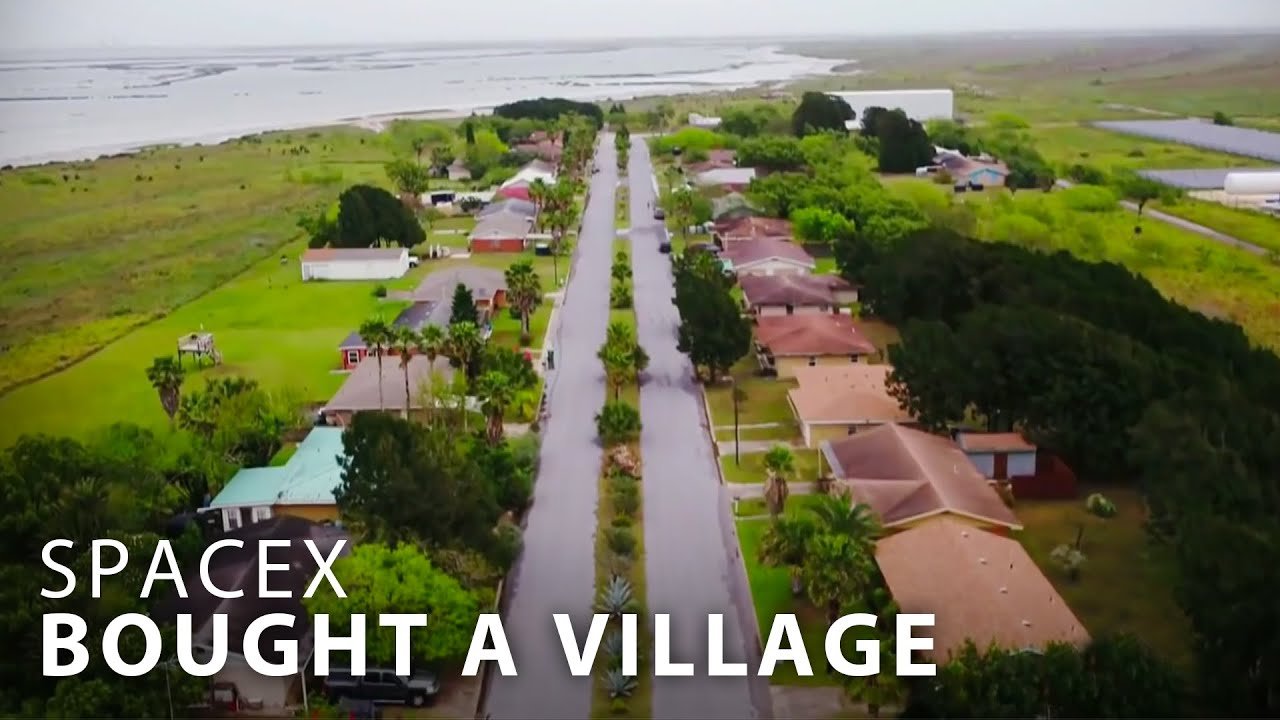 Why SpaceX Bought An Entire Village of Boca Chica?: In the summer of 2012, SpaceX was looking to expand its rocket-launching business outside of Florida. At that time, the company had flown its Falcon 9 rocket only a few times.

But with the rapidly expanding launch schedule, an additional launch site was needed to meet their needs. He began looking at a small village in Texas called Boca Chica where he could start building his own private spaceport.

Boca Chica is a small community in Cameroon County, made up of just 35 homes. For years, it has been the dream spot for retirees and vacationers, with waterfront properties—far from civilization.

The village is situated on such a quiet and untouched land that once month water has to be carried to the community. Basic chores like grocery shopping require a 40-minute commute to the nearest city, Brownsville.

This raises the question, why would SpaceX choose such a poor and desolate part of the country to start building its future spaceport? Regardless of the lack of infrastructure or skilled workforce, the quiet city of Boca Chica actually had a lot to offer SpaceX.

Along with an abundance of cheap land and close access to the sea, Boca Chica also had a low population density, making it an ideal place to launch and land rockets.

The state of Texas was also offering them a $15 million incentive to build their own spaceport in Texas. So SpaceX chose Boca Chica as its future spaceport and broke ground in 2014.

Although the launch schedule of the Falcon 9 was at an all-time high, several years went by without any construction on the site. By this point, many assumed SpaceX had changed its mind about building its new spaceport in Boca Chica.

But life in the small town of Boca Chica was about to change forever. In December 2018, a local resident shared an image of a new structure at the SpaceX site.

These images quickly spread throughout the space community and led many to suggest that the structure may actually be the start of SpaceX’s new Starship rocket. At the time, it sounded like a crazy theory and most people assumed it was a new water tower being built for the site.

But after a round of speculation, SpaceX revealed that this structure was actually the start of a rocket called Starhopper – designed as an early test for Starship. As the months passed, SpaceX’s presence in the community grew, and they were soon ready to test Starhopper.

With the local residents documenting every move, Starhopper took to the sky in a spectacular show, landing back under his own propulsion. Although the test was a major achievement for SpaceX, it didn’t come without a hitch.

During the trial, residents had to stay out of their homes to avoid being injured by shattering windows. As the weeks passed, it was clear that SpaceX could not increase the scale of its tests without endangering residents.

So SpaceX began the process of buying out the entire city, sending letters to residents offering to buy their home at three times the market price.

Although many residents accepted the offer, many flatly declined and refused to offer the life of their dreams to a company that could easily have offered so much more.

With an average asset value of about $80,000, SpaceX would have spent at least $8.5 million to buy each house. But for residents who were being pressured to relocate, even offering triple the price to find a similar home in a different location would not be enough.

While SpaceX does not have the authority to kick residents out of their homes, the county does. And while the county wants to avoid evicting people from their homes, they have the opportunity to build a thriving industry and provide high-paying jobs to one of the country’s most economically depressed areas.

This is where Eminent Domains come in. Texas law states that “private property may only be taken by a government or private entity that is authorized to do so,” meaning that Cameron County can give SpaceX the right to seize the assets.

However, these legal requirements also state that confiscation of any property should be for a purpose only which would benefit the general public. While Texas does not allow eminent domains for the benefit of private landowners, there is an option that would involve giving SpaceX the land to the government.

This would not be ideal for SpaceX as they would risk losing control of their first privately owned spaceport. SpaceX decided to extend its deadline and extend offers for the remaining few residents.

Some residents were able to reevaluate their homes because SpaceX did not take into account business losses for residents who were using their homes as Airbnb. As of March, seven homes for SpaceX remain unsold and talks could continue for a very long time.

SpaceX will likely do everything they can to buy the remaining assets and claim the village. SpaceX recently hired hundreds of new employees to build the production line 24 hours a day.

Although the residents of Boca Chica were essentially forced to give up the lives of their dreams, hopefully, it will be a significant sacrifice for the exciting future that SpaceX is trying to build for all.

Thanks for reading till the end. Comment what’s your opinion about this information “Why SpaceX Bought An Entire Village of Boca Chica?“.

3 thoughts on “Why SpaceX Bought An Entire Village of Boca Chica?”