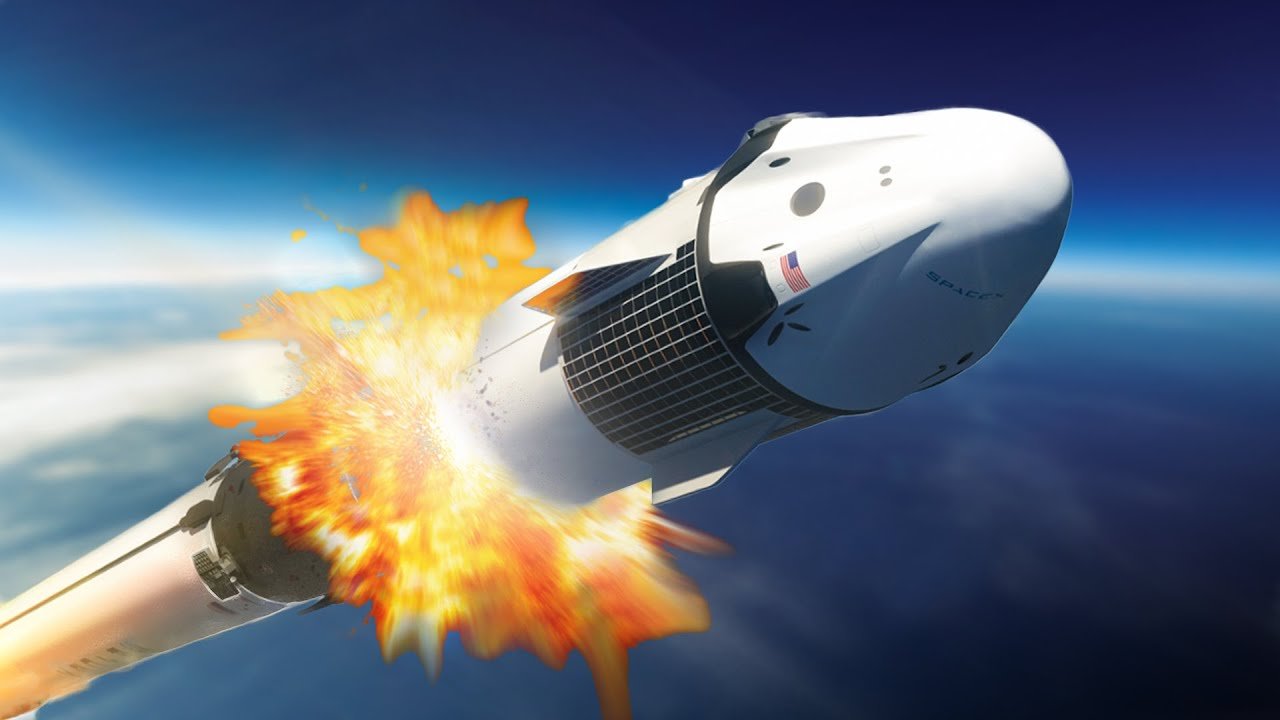 Why SpaceX Blew Up This Falcon 9: On the 2nd of March, SpaceX launched the Dragon 2 capsule on its first trip to the International Space Station This was a test flight to show that the capsule could safely perform its job before it launches with humans onboard.

However before that flight takes place, the Dragon 2 capsule will need to perform an in-flight abort test, which could be very explosive. In this article, we’re going to look at how the abort system is used to protect the astronauts in the event of a failure.

We’re also going to look at real-life examples of the abort system in action and how the upcoming SpaceX abort test might provide quite a spectacle!

Back in 1983, a Russian Soyuz rocket was scheduled to launch with 2 Cosmonauts onboard. 90 Seconds before liftoff, an enormous fire engulfed the rocket. The control team triggered the launch escape system which quickly fired up and lifted the Cosmonauts to safety, just seconds before the rocket exploded.

Upon landing, the Cosmonauts were in good health but slightly shaken, so they were given vodka and cigarettes to help them relax. SpaceX has already performed a pad abort test, which would save the astronauts in a very similar scenario.

Instead, the Space Shuttle had a wide range of abort modes that the astronauts would carry out in the event of a failure. One of these included opening the escape hatch mid-flight with all seven astronauts bailing out and using parachutes to land.

However, these abort modes would not be able to save the crew in the event of a sudden failure similar to the Challenger disaster. The idea for a launch escape system dates back to NASA’s Mercury missions during the early ’60s.

In the event of the Atlas rocket failing, the Mercury capsule would instantly fire up solid rocket motors to pull the capsule away from the rocket. A very similar system was used during the Apollo missions.

In order to test the Apollo launch escape system, a mockup of the command module was placed on top of a booster named Little Joe II. The plan was to launch the rocket and trigger an abort once it reached 10,000 feet.

However, due to a mistake when setting up the gyros, the booster started to roll and quickly became uncontrollable, causing it to break apart. This instantly triggered an abort and the launch escape system quickly pulled the command module to safety.

This unexpected failure provided the most realistic test for the launch escape system. It was a perfectly successful failure. The upcoming abort test for the Dragon 2 capsule will follow a very similar plan.

The Falcon 9 will launch as if it was heading towards the International Space Station. Once it reaches Max Q, the 9 Merlin engines on the Falcon 9 will shut down to simulate a loss of thrust.

This oxidizer-rich environment will cause most of that fuel to combust instantly, creating an enormous fireball in the sky.

Thanks for reading till the end. Comment what’s your opinion about this information “Why SpaceX Blew Up This Falcon 9”.

1 thought on “Why SpaceX Blew Up This Falcon 9”