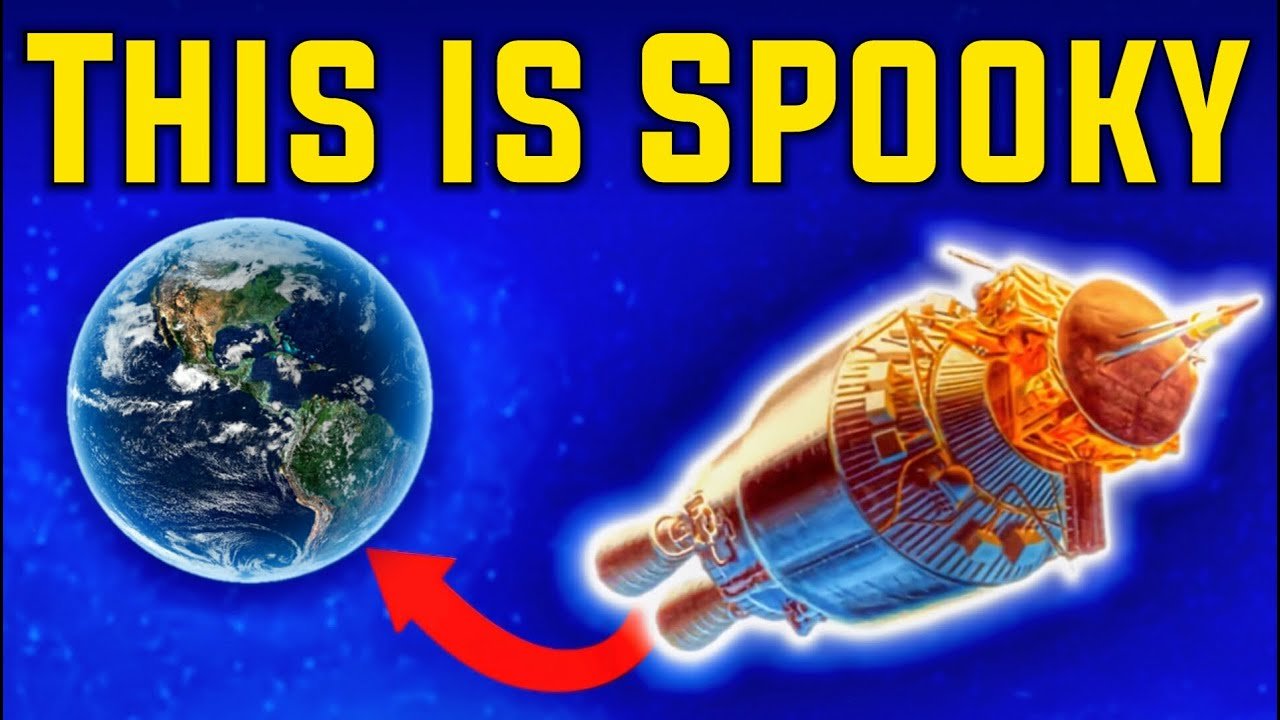 The Rocket That Mysteriously Returned after 54 years: Is this a unique asteroid, a UFO, or something else? These are some of the questions going through the minds of astronomers when they noticed a strange object moving towards earth while they were studying earth-bound asteroids through NASA’s telescope on the island of Maui.

After closer observation and research, it turned out that this mysterious object is the 1966 booster rocket from Surveyor 2 called the Centaur Rocket. How has the Centaur Rocket made an unexpected return to near-Earth space after 54 years?

In 1957, a year after NASA was established, the US Air Force studied an extensive proposal from General Dynamics/Astronautics Corporation to create a new space booster, which can give the US the means of orbiting heavy payloads.

This space booster is called Centaur, which boasted 8,500 pounds of fuel and liquid oxygen, and liquid hydrogen. The following year, the Government’s Advanced Research Products Agency agreed to the Air Force’s ideas and plans for the Centaur and they assigned the authority to develop the Centaur to the Air Force and was highly improved with the Atlas Launch vehicle family.

The name Centaur was derived from a mythological Greek creature, which represents strength, and brute force. Following the name choice, the Centaur became the brute force of the Atlas booster.

In 1966, the Atlas-Centaur boosted the first Surveyor lander towards the Moon, followed by six more launches over two years. Its purpose and design are to reconnoiter the lunar surface ahead of the Apollo missions, which landed in 1969.

By the 70s, the Centaur has already matured enough and had become the standard rocket stage for launching larger civilian payloads into high Earth orbit. The main purpose of the surveyor program?

To demonstrate the feasibility of launching, controlling, and landing the spacecraft on the Moon. The Surveyor 1 was initially successful when it was launched on May 30, 1966, because it achieved some of the reasons it was made, recorded the moon’s surface images, and critical engineering data.

So when Surveyor 2 was made, it intends to ease Surveyor 1’s job. Shortly after Surveyor 2 was launched and separated from the Centaur Rocket upper booster using liquid hydrogen and liquid oxygen as propellants, the control of the Surveyor got lost and this turned to an ill-fated mission.

Everything seemed to run smoothly for Surveyor 2 because the trajectory was almost perfect towards the Moon. All that was needed was a light burn for a slight course correction. However, things went south when the craft’s Vernier Engine 3 developed a fault.

The Surveyor’s thruster failed to ignite, which led to the spacecraft crashing into the moon, separating the upper-stage rocket from the lander, to disappear into an unknown orbit.

In the hope to get it back, the NASA scientists fire up the engine about 39 times before giving up and accepting defeat only for the Centaur to make an appearance on its own 54 years later. How did it happen?

While studying earth-bound asteroids, assigned astronomers at Pan-STARRS have noticed that there was a flying mysterious object moving towards the earth while making a distinctive curved path around the Earth’s axis.

While these specific group of astronomers initially assumed that this object is an asteroid orbiting the Sun, scientists at the Center for Near-Earth Object Studies (CNEOS), a department at NASA’s Jet Propulsion Laboratory, believed the possibility of it being an asteroid was low due to the kind of motion it was making which is very distinct to how an asteroid moves in space.

At this point, I think it will only be fair we explain how an asteroid moves compared to other man-made objects in space. For a regular asteroid’s motion, its orbit is more elongated and tilted relative to the Earth’s orbit.

However, this particular mysterious object’s orbits, orbital plane, and circular distance are quite similar to the Earth’s orbit, which hinted to the scientists that the mysterious object must be something made from earth.

By then, the astronomers at Pan-STARRS had shared the information with scientists around the world, and together they made additional observations of the object which by now has been named “2020 SO”.

Data gathered from further observation of the object also revealed that the trajectory of 2020 SO was changing when exposed to the sun’s radiation, a clear indication that this object is not an asteroid at all.

Although the sunlight’s pressure is small, continuous exposure to it will have a greater effect on hollow objects near it compared to solid ones. A rocket is an empty tube with a large surface area, yet with low density, so when the rocket is pushed by solar radiation, it can be compared to how the wind is pushing an empty soda can.

To further explain the phenomenon, Davide Farnocchia, one of the navigation engineers at JPL said, “Solar radiation pressure is a non-gravitational force that is caused by light photons emitted by the Sun hitting a natural or artificial object.

The resulting acceleration on the object depends on the so-called area-to-mass ratio, which is greater for small and light, low-density objects.” Because of the suspicion that 2020 SO might be a rocket booster from an old lunar mission, CNEOS Director Paul Chodas had described this as “turning back the close” and tried to monitor how the object has run its course in the past.

Chodas has already found out that 2020 SO had been running to somewhere near-Earth orbit on many occasions over the decades, Chodas also stated that the 2020 SO’s possible path is only between the moon and the earth in late September 1966.

“It was like a eureka moment when a quick check of launch dates for lunar missions showed a match with the Surveyor 2 mission.” Chodas was also proven right when he coordinated with the University of Arizona’s Vishnu Reddy used an infrared telescope conducted in Hawaii not only to observe the mysterious object but to confirm if it’s a Centaur from 1966 still orbiting the Earth.

He and his team compared the spectrum data from 2020 SO with that of 301 stainless steel, the material used to construct Centaur rocket boosters in the 1960s. While the match was good, it wasn’t perfect, so they investigated further.

Vishnu Reddy’s team was able to initially get visible wavelength spectra of two of the Centaur rocket bodies from the 1970s using our small 24-inch telescope.

The spectra matched with 2020 SO, confirming its identity as a fellow Centaur booster. Well, after confirmation last year, it now seems I it’s really the Centaur that has possibly missed its origin and wanted to pay a visit for a while.

On November 8, 2020, the object is before known as 2020 SO has slowly drifted into the Earth’s sphere of gravitational dominance. There’s a region somewhere in the Earth’s sphere called the Hill sphere which is about 1.5 million kilometers from the planet.

That’s where 2020 SO will remain for approximately four months before it goes back to the sun’s orbit is somewhere around March of this year. Before its departure, the centaur will create 2 large loops around Earth in December 2021.

During this period, astronomers and scientists will take a closer look to further confirm if it’s an artifact from an old lunar mission. Then you and I will have to wait till around 2036 for it today’s video guys.

While there are still some doubts about the real identity of this strange object, we’ll love to know what you think. Are you convinced that the mysterious object is the centaur from the 1960-s or another booster rocket entirely?

Or do you think this is the handwork of our Neighbours allowing their trash to roam freely in space or maybe just another asteroid trying to confuse us? Maybe there is more nonfunctional earthly stuff flying around space. We’ll love to hear what you think in the comments.

Thanks for reading till the end. Comment what’s your opinion about this information “The Rocket That Mysteriously Returned after 54 years”.

6 thoughts on “The Rocket That Mysteriously Returned After 54 Years”