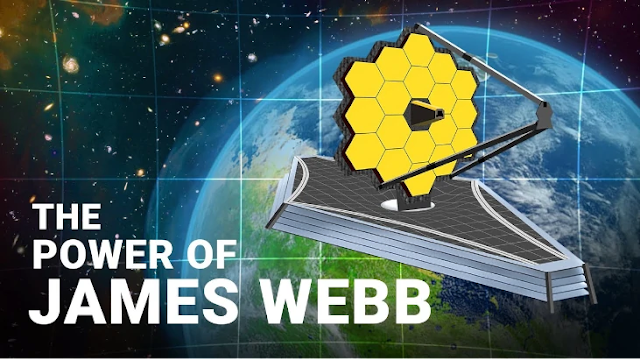 Why is the James Webb Telescope better than Hubble?: When the Hubble Telescope launched in 1989, it promised to expand our understanding of the universe with every picture. After 30 years of service, it did exactly that.

From observing distant stars and galaxies to measuring the exact age of our universe, Hubble answers many questions. Now is the time to answer the next set of questions as we continue to uncover the secrets of our universe.

In this article, we are going to look at the James Webb Space Telescope. We’re also going to look at what it will look like and how it can find the most Earth-like planets that have the highest chance of supporting life.

After 30 years and millions of photographs, the Hubble Telescope is at its peak in terms of how far into the universe it can see. Hubble’s most distant observation was made in 2016 when it captured an image of the Galaxy GNZ11.

This Galaxy is 32 billion light-years away but due to the expansion of space, the light we see from it shows the Galaxy as it was 13.4 billion years ago.

Although it is just 400 million years after the Big Bang, Hubble is unable to see anything beyond this because it is limited by the range of wavelengths it can observe. As light from distant galaxies travels from point to point, its wavelength is spread by the ever-expanding expansion of space.

By the time light reaches Hubble, it has expanded to a wavelength outside Hubble’s range of view. Anything that spans a wavelength above the near-infrared is undetectable by Hubble.

To observe the farthest and earliest objects in our universe, we have to observe the infrared light coming from them. That’s where the James Webb Telescope comes in. When development began in 1996, many of the technologies needed for the telescope had yet to be invented.

Keeping the telescope at an extremely low temperature requires a huge sun shield. Special wavelength sensors that can operate at cryogenic temperatures also had to be developed for this telescope.

James Webb will observe primarily in the infrared range, which will allow it to see things that Hubble could not. When stars and planets are first forming, they are often hidden behind huge clouds of dust that absorb visible light.

Hubble can see these spectacular clouds but cannot see what is going on behind them.

Viewing in infrared light shows how much is going on behind these dusty clouds. But the James Webb will not be the first infrared space telescope. Over the years, there have been many infrared telescopes in space, but none of them have the detail and capability of James Webb.

The resolution of a telescope is limited by the number of wavelengths that can fit in its mirror. A larger mirror allows higher resolution. The Spitzer Infrared Telescope has a mirror of just 0.85 meters in diameter.

Hubble’s mirror is slightly larger at 2.4 meters, but James Webb will have a massive mirror 6.5 meters wide. This will give the telescope an incredibly accurate resolution, capable of seeing a penny from 40 km away.

To do this, James Webb will focus on a single star known to have orbiting planets. As a planet passes in front of the star, the telescope will measure a small drop in light.

First, it will help determine the size of the planet, but measuring the dips at multiple wavelengths will give us even more information. Since atoms and molecules absorb light at different wavelengths, measurements at specific wavelengths can reveal which molecules are present in the planet’s atmosphere.

If the telescope measures the drop in light at about 1.15 and 1.4 micrometers, we can tell that the planet’s atmosphere contains water vapor, because H2O absorbs large amounts of light at those wavelengths.

James Webb will be able to observe a large range of wavelengths from visible light to the mid-infrared. This would be perfect for detecting the different types of molecules that are common on Earth: such as CO2, oxygen, and nitrogen.

With Webb’s incredible sensitivity, it will be able to search for extremely distant planets that bear an extraterrestrial resemblance to our own. The discovery of these Earth-like planets will teach us more about our planet while taking us a step further to prove that we are not alone in this vast cosmic field.

So while we wait patiently for the James Webb Telescope to launch, we can look forward to incredible scientific discoveries.

Thanks for reading till the end. Comment what’s your opinion about this information “Why is the James Webb Telescope better than Hubble?“.