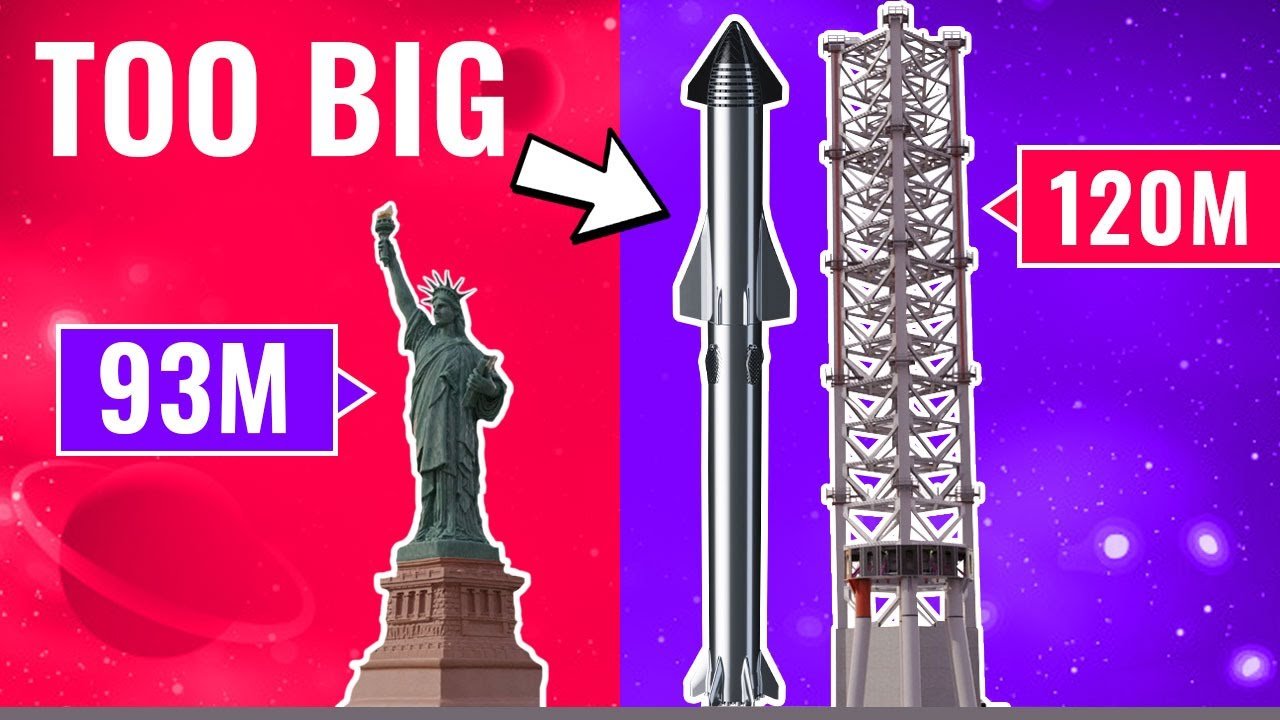 On May 28, Musk shared a photo of his SN16 Starship prototype, the SN16, being prepared for the project’s biggest test yet: the first orbital flight of a Mars-bound ship. The 50-meter-long stainless-steel spaceship is shown in a hangar at Musk’s Starbase facility in Boca Chica, Texas, with its sci-fi nose cone and wings projected against the night sky.

The SN16 was accompanied by a booster, which would help propel the ship into space. The Starship’s combination with a super heavy booster would make it the most powerful launch vehicle ever built, taking the crown from the giant Saturn V rocket system used by NASA to take humans to the Moon in the 1960s and 1970s.

According to SpaceX, “Fully reusable Starship and Super Heavy systems are expected to allow space-based activities that have not been possible or have never been possible since the retirement of the Space Shuttle and Space Transportation System.

With a fully reusable Starship, satellites can be captured and repaired in orbit, brought back to Earth, or transferred to a new operational orbit.” Well, really. Musk’s goal is Highly ambitious but revolutionary.

However, the bigger the goal, the bigger the effort! And, this is something that Musk is well aware of. Musk’s attempt dates back to 2001. In 2001, Musk conceptualized the “Mars Oasis”, a project to outfit a miniature experimental greenhouse with dehydrated gel on Mars to grow plants on Mars.

If successful, the project will produce the first oxygen on Mars and serve Musk’s larger goal of re-establishing public interest in human space exploration.

Thus, in late October 2001, Musk traveled to Russia with the hope of buying three intercontinental ballistic missiles for $20 million. But the Russians did not take the young millionaire seriously and never made a deal.

Instead, Musk thought about creating SpaceX to build his own rockets for a fraction of the price. Nearly two decades later, and nearly $200 billion richer, Musk is on the cusp of building a rocket capable of interplanetary space travel—and a multi-billion dollar contract with NASA to use it to land astronauts on the Moon.

Starship is currently the best chance for humanity to reach Mars, no other private company or government space agency has yet put in place a program that can send humans beyond the Moon.

Although SpaceX began testing the Starship prototype only in January 2020, it has done so at breakneck speed. After two successful 150 m “hops” at the Boca Chica, Texas, Starbase facility, the company began a series of high-altitude flight tests at a rate of approximately one per month.

The first four of these ended in explosions, but each marked a major step forward in the construction of the spacecraft. However, on May 5, 2021, the series of setbacks finally came to an end, when the Starship prototype SN15 successfully completed its high-altitude test without detonation.

And now, as the goal of reaching orbit becomes more realistic, SpaceX is exploring a variety of options for the upcoming Starship test program. Following the successful test of Starship SN15, options include resupplying the spacecraft to achieve critical reusable objectives, launching SN16 at higher altitudes, or proceeding to orbital testing on Super Heavy.

It’s impossible to predict what SpaceX will do next. However, with traces of what may be SN20, believed to be the first orbiting starship to be seen around a starbase, the focus is now on moving into orbit. And if so, then we can expect that the orbital launch will be completed soon.

That’s because according to the flight profile reported in the FCC filing, “The Starship Orbital Test Flight will begin from Starbase, TX. The booster stage will separate approximately 170 seconds into flight.

The booster will then make a partial return and land in the Gulf of Mexico about 20 miles from the coast. Orbital Starship will continue to fly through the Strait of Florida.

It would achieve orbit until a powered, the targeted landing was made about 100 km (~62 mi) off the northwest coast of Kauai in a soft ocean landing. Any potential jump in orbital effort from SN 15 would have the added benefit of minimizing disturbances to launch tower construction efforts.

With a soft touchdown on the water, the path SpaceX previously used during the Falcon 9 booster landing, flight testing is no longer an issue; Teams can focus on dismantling ground service equipment.

In fact, they are making the most of this situation, as can be seen from the pictures posted on Twitter. This week, a third section was attached to the tower, with several more prefabricated sections to follow. The tower will eventually be the tallest building around South Padre Island.

Once completed, the launch tower would be responsible for launching the fully stacked starship and holding the first stage booster on its return. Atop the tower, a 10 ft lightning rod will ensure that vehicles on the ground are safe from any lightning strikes.

This will guarantee that vehicles on the launch pad will be safe in the event of a lightning strike, as happened last May when a bolt hit the ground right next to the Starship SN4 prototype. And, more importantly, SpaceX will use the launch tower arm to “hold” future Super Heavy boosters.

“We’re going to try to catch the super-heavy booster in line with the launch tower arm, using a grid fin to take the load,” Musk says.

Design, manufacture, and qualified mechanical weapons that are simultaneously strong, supple, and reliable to bear the weight of several hundred tons of rockets with sufficient speed is an extreme challenge.

SpaceX’s first stage booster alone will be 230 feet tall, accounting for more than half the height of a fully stacked launch vehicle platform. The final version of the booster will be powered by 29 Raptor engines, although according to Musk’s tweet, the Super Heavy will now have 29 engines.

He also said that the super heavy would eventually evolve to have 32 engines. “Initially 29 Raptors on the booster, increased to 32 later this year, with an increase in thrust per engine. >7500-ton thrust long-term target. T/W ~1.5,” says Musk.

The supply line for this engine demand is being concentrated at the production site at SpaceX Headquarters in Hawthorne, Calif.

Musk said Raptor production is “approaching one every 48 hours”—most likely a Raptor rolling off the production line every 48 hours. Gary Blair of NASA Space Flight in the L2 McGregor section photographed the Raptors in all three sections, including another new RaptorVac engine.

This indicates that work on the spacecraft is accelerating, and we may be seeing the first orbital flight earlier than we expected. Once completed, the Starship will launch from an oceanfront spacecraft, Deimos.

Named after one of Mars’ moons, Deimos will be the result of a converted oil rig purchased by SpaceX earlier this year. It is already under construction and may start operations next year.

When completed, the Starship and Super Heavy will be the world’s most powerful launch vehicle ever built. With its boosters, the starship would be less than 400 feet long. To put it in perspective, it will be about 100 feet taller than the Statue of Liberty.

According to Elon, the Starship is expected to cost only $2 million per permission. Let him sink, he will be 500 times cheaper. It’s the ultimate promise of Starship-way’s superior payload-carrying capability at a fraction of the cost.

Musk wants to send an unmanned Starship rocket to Mars by 2022, followed by a manned mission by 2024. This may sound overly ambitious, but let’s not forget that Musk has a reputation for ultimately achieving his goals.

Thanks for reading till the end. Comment what’s your opinion about this information “How Big Is Starship?”.

1 thought on “Really, How Big Is Starship?”