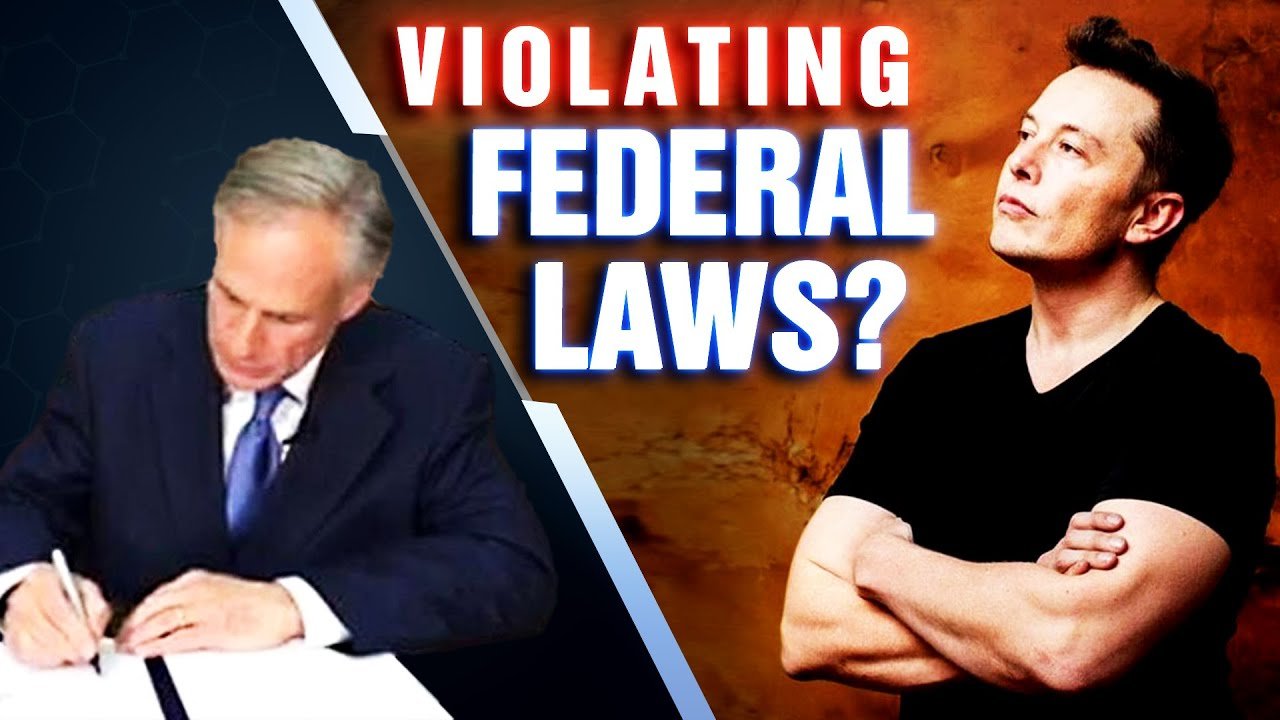 Texas Authority Threatened SpaceX With Legal Action?: Elon Musk has been praised for his business acumen and success, with ex-president Trump even referring to him as “one of our great geniuses.” But lately, it looks like many of his neighbors, including the Texas government itself, are not quite impressed by the billionaire and his latest ambitions.

On June 16, several photos of the letters warning against SpaceX were disclosed via tweets by Rudy Mireles of Texas Local News KRGV, illustrating the case being constructed against the space agency and their actions.

The complaint was filed by Cameron County District Attorney Luis V Saenz, who detailed his office’s experience with illegal seizures by SpaceX security.

The tweet reads, “Just in: Cameron County District Attorney notifies SpaceX Boca Chica that unauthorized road closures and enforcement by contracted security officers may be in violation of state laws including felonious impersonation of a public servant.”

District Attorney Luis Saenz claims that while investigating complaints from a resident about the behavior of SpaceX’s private security personnel, members of his staff encountered a man wearing a “tactical bulletproof vest” who “approached, stopped and detained” them for attempting to access a public roadway near SpaceX’s manufacturing facilities.

Saenz’s letter states that the county had not authorized a road closure at the time, and his staff later found out the Texas Department of Public Safety did not even license the security guard who detained them.

The letter read: “This conduct is unacceptable. While Space-X is an important member of our community, this does not authorize Space-X, its employees, employees, agents, and/or contractors, to defy Texas law.”

“Furthermore, be advised that if this conduct occurs again, not only the individual Space-X employee/contractor/agent may be subject to arrest and prosecution, but as a Texas business entity… SpaceX can be prosecuted as well.”

The letter also stated that SpaceX’s actions were charged with both Class B misconduct (for “obstructing a highway or other passage”) and third-degree felony (for “impersonating a public official”). can go. Well, it looks like SpaceX has gotten itself into some serious trouble.

However, this is not the first time SpaceX has been criticized by law enforcement and residents in the Boca Chica area. Earlier this year, the FAA’s Space Division Chief Wayne Monteith criticized SpaceX for actions “inconsistent with a strong safety culture” after SpaceX breached its FAA launch authorization with the starship prototype rocket SN8 test flight conducted last December.

SpaceX was reportedly warned that launching without approval would be a violation of the company’s launch license. However, the warning was ignored because SpaceX employees “assumed that the inspector did not have the most up-to-date information,” and SpaceX launched SN8.

After a successful high-altitude flight test, SN8 exploded underground effect as it attempted to land. Fortunately, the demise of SN8 did not damage nearby homes, but debris littered local beaches again.

Quite annoying for a place where people without a lot of money can live near the beach. But, what disturbs the nearby residents the most is the bright lights and constant noise from construction and trucks. And, not to forget, the launch dates are in the wee hours of the morning.

Rachel Monroe, a writer, based in Marfa, Texas, says: “What does this mean? A sheriff’s deputy bangs on your door at 10 pm and tells you there’s a rocket test that night between 3-4 am. Now, this is a mile from your house. And every previous rocket has blown up.

So you can either cross your fingers that nothing bad happens or grab your pets and try to find somewhere safe to hunker down at night in the middle of the pandemic.” Boca Chica, a village few had heard of back in the day, is now globally famous thanks to Musk’s SpaceX operations.

It is SpaceX’s primary site for developing and testing Starship: the company’s giant spacecraft envisioned to transport humans to the moon and Mars. However, with experimental rockets, anything may go wrong, which is exactly what happened during a test launch on March 30.

“We lost the clock in T-plus 5 minutes, 49 seconds as we know it from the Frozen camera view. Looks like we’ve had another exciting test of Starship No. 11,” said the launch commentator optimistically.

Within seconds, the explosion showered debris within a five-mile radius, including the wildlife refuge designated as critical habitat. The Starship prototypes are far larger and provide significantly more thrust than the slimmer Falcon 9 rockets initially launched at Boca Chica.

And, to top it off, SpaceX has been cutting off access to famous Boca Chica Beach far more frequently than the company originally proposed. According to the Federal Aviation Administration, SpaceX has the authorization to close the beaches for up to 300 hours per year for rocket testing and launches.

However, it has been disputed in the District Attorney’s letter that the company has shut down the beaches for nearly 400 hours so far in just 2021. But, that is only a fragment of the problem.

The worst is yet to come. First is the noise problem of the rocket itself. Rocket launches can be so loud that scientists have to make sure their sound waves don’t knock over nearby buildings.

The current prototypes SpaceX is launching are only the upper stage of the Starship; the other half being its booster Super Heavy. Once complete, each Super Heavy will have no less than 28 Raptor engines.

With such a large number of raptor engines powering the rocket, the sound intensity of the complete Starship is estimated to be around 112 decibels, even from 8 kilometers away. This is when humans start to experience hearing loss from sustained exposure.

And as you move closer, the sound waves grow powerful enough to shatter windows and even cause structural damage. Indeed a nightmare for the nearby residents, but fortunately, Musk does have a solution – floating spaceports.

For years, Elon Musk has been outspoken about his plans to use floating spaceports for future Starship launches. But the first hints that they were close to realizing this goal came last summer when SpaceX posted on their website that they were looking for experienced offshore crane operators, electricians, and engineers.

Following that, many other details were revealed, and now, Musk has confirmed the news himself, through a tweet that reads: “SpaceX is building a floating, superheavy-class spaceports for Mars, moon & hypersonic travel around Earth.

We need to be far enough away so as not to bother heavily populated areas. The launch & landing are not subtle. But you could get within a few miles of the spaceport in a boat.”

The Starship project is indeed a momentous step forward in the history of space travel, but it cannot be denied that the Starship launches have caused discomfort to surrounding neighbors. So, what do you think Musk will do?

Given Musk’s daring personality, he will probably do something exceptional. And that is, buying the entire Boca Chica area. SpaceX is said to have purchased at least 112 parcels of land in Boca Chica. And, it is still continuing to do so. Musk wants to incorporate the area as Starbase, Texas.

However, to incorporate the village as a town, SpaceX would have to prove that the village had at least 200 inhabitants. “Please consider moving to Starbase or greater Brownsville/South Padre area in Texas & encourage friends to do so!

SpaceX’s hiring needs for engineers, technicians, builders & essential support personnel of all kinds are growing rapidly,” Musk tweeted in March. If successful, the town and its leaders would have access to eminent domain, which could allow them to legally force holdouts to sell their homes.

Now, that’s a lot of power, and the residents aren’t quite happy with that. Residents complained that when launches didn’t go as planned, they experienced broken windows, debris, and brush fires.

And, while the company offered to accommodate them in hotels on South Padre Island, a nearby resort town, they had to pay for their own gas for the 40-mile trip. One resident says, “They don’t want us here because it’s costing them money to have us here. But we were here first.

This is where we thought we were going to live until we died.” The warning from the district attorney has caused other previous issues to resurface as well. So it is possible that the government’s pushback might slow down Musk and his company. The only way to know for sure is to wait and see what happens.

Thanks for reading till the end. Comment what’s your opinion about this information “Texas Authority Threatened SpaceX With Legal Action?”.