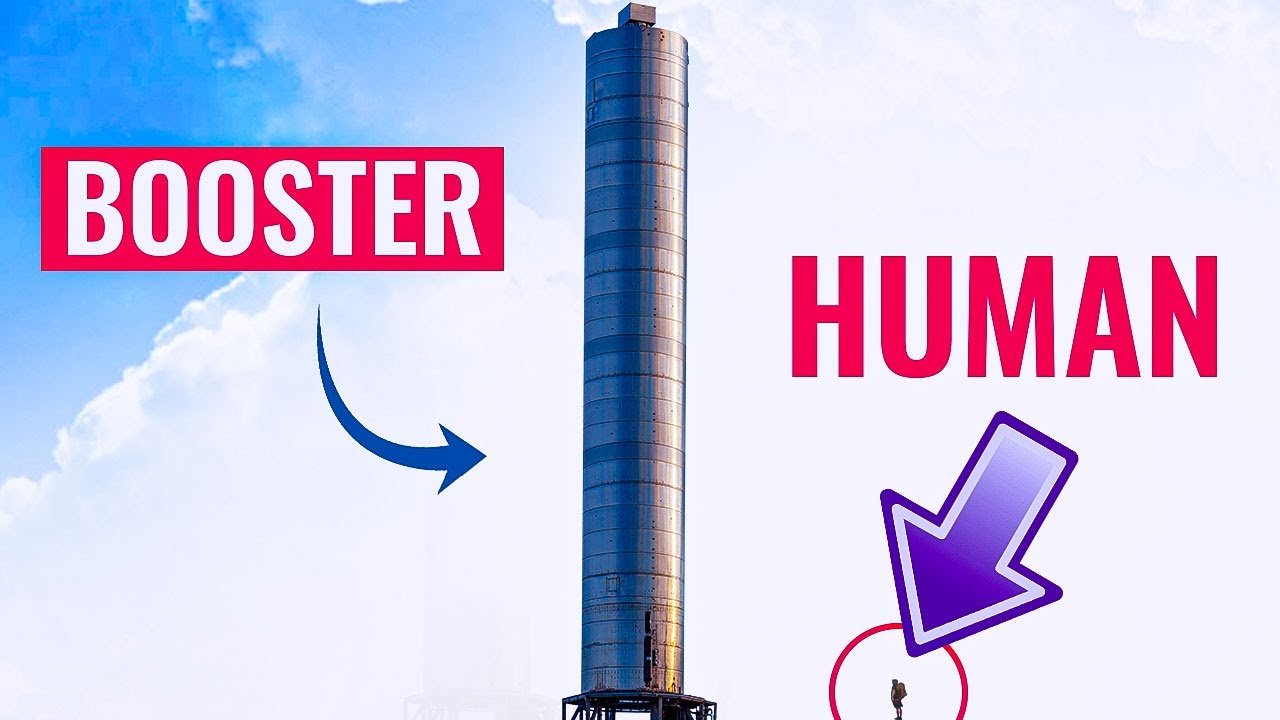 When stacked together with the starship- this will be the biggest rocket ever to fly. Spacex and Elon Musk wants to make starship the ultimate transporter of humanity to Mars, and that too at shoe-string costs compared to the previous generation of rocket costs.

The first level of proof of concept, was that the starship can be launched and landed safely: as we have seen with the success of the starship SN15. But, the next level will be to launch a starship to orbit. But, Starships alone cannot reach the orbits and get back, defying the gravitational pull and the thick earth atmosphere. It is an astronomically difficult engineering problem.

Due to Earth’s massive size and intense gravitational force, we will need an additional force to lift the Starship off the surface, as it won’t be able to generate escape velocity on its own. Getting into orbit requires getting to 17,600 miles per hour. The 3 raptor engines of a starship can never produce the thrust to produce this much speed.

Starship will need the assistance of an engine that is way more powerful than its own. Yes, we are talking about the assistance from the super-heavy booster. The main purpose of Super-Heavy would be to get off the planet.

As all the recent photos of Starbase suggests, SpaceX has begun the process of stacking what could become the first Super-Heavy booster capable of supporting orbital Starship test flights. This booster is Known as booster number 3 or BN3.

It is a 70-meter or 230 feet tall steel rocket. Several parts of it have been noticed since the last 7 weeks in the spacex Boca chica Texas factory. Now everything is being stacked together.

Earlier this year, SpaceX stacked Super-Heavy BN1 to its full height. But late design changes effectively rendered the prototype largely irrelevant and turned it into more of a manufacturing pathfinder and source of practice than anything else.

The dry mass of a Super-Heavy is expected to be about 180 metric tons, so the landing legs must be heavy enough to safely land such a heavy object. For instance, the first stage of the Falcon 9 rocket has four large landing legs made of carbon fiber and aluminum that helps to stabilize the spacecraft as it touches down.

Although made of light materials, the four landing legs have a total mass of around 2 metric tons. Scaling up the Falcon 9 booster to the size of super heavy landing legs would undoubtedly add a significant amount of mass.

The legs of the Super Heavy booster are expected to weigh between 5 and 10 metric tons. As of May, while a handful of parts for booster number 2 have been spotted, signs indicate that BN2 will be turned into a small test tank to qualify Super Heavy’s complex and unproven thrust dome and the engine section.

BN2 may be used to do a hop test before the first orbital test flight. According to NASASpaceflight.com, SpaceX has assigned booster BN3 to support Starship SN20 on its first space launch attempt.

Spacex recently filed an application with the Federal Communications Commission to allow it to communicate with both a Starship and Super-Heavy during an “orbital test flight.” This test flight could occur within the next six months, starting on June 20.

If approved by the FCC and – and later by the FAA, Starship’s first “orbital test flight” will travel three-quarters of the world in approximately 90 minutes. It will be launching from Boca Chica and ending – if everything goes well – with Starship SN20 gently splashing down near Kauai, Hawai.

From the sparse documentation, SpaceX included in the public application, it is unclear if there will be an attempt to recover Super-Heavy booster BN3.

Now, SpaceX needs to finish assembling and test its BN3 Super-Heavy booster, as well as its next Starship prototype SN20. SpaceX still has a huge amount of work to do in this regard. SpaceX has at least six BN3 sections – amounting to 22 rings and two of three tank domes – either completed or awaiting integration.

The freakish Super-Heavy prototype now sports 28 cutouts at its base, each destined for a massive Raptor rocket engine, according to Teslarati. It’s a gigantic step up from the three Raptor engines that powered SN15.

Fueling 29 large, high-performance Raptors is no mean feat and requires complex plumbing to feed them more than 15 metric tons of propellant every second at full throttle. A majority of superheavy hardware seems to be ready or almost ready for integration.

Currently, we are seeing eight rings stacked together – which makes it 20% of the height of the final height. There will be another 30 or more such rings. The BN1 took a lot of time to assemble. So, there is a lot of work to do for the full assembly of BN3.

All the speculations about these started when Elon hinted about all these back in March when he tweeted: “Next major technology [revision] is at SN20,”. “Those ships will be orbit-capable with heat shield & stage separation system. Ascent success probability is high,” Musk noted in the same tweet, however, that such a flight won’t be easy.

Future Starship prototypes “will probably need many flight attempts to survive” reentry and “land intact,” he said. However, Spacex hadn’t showcased any versions of Super-Heavy until March 18, when Elon Musk posted a photo of the big rocket at the company’s South Texas site, near the Gulf Coast village of Boca Chica.

His tweet read, “First Super-Heavy booster”. So, it seems like spacex is not concerned about the perfect re-entry and landing back perfectly intact- right now. It is concerned about fitting the super-heavy booster BN3 and the starship for the first time and sending them to reach orbit.

A major condition of launching this super-heavy booster & starship- will be to build the launch tower first. Very little point in stacking and rolling out the super-heavy, if they have nowhere to launch it from.

The launch towers are now aggressively being built. It is growing vertically out of the ground like a giant fortress tower. Its ultimate goal is to reduce the mass of the booster and aid rapid reusability.

As Elon tweeted: “We’re going to try to catch the Super Heavy Booster with the launch tower arm, using the grid fins to take the load,” Musk said. Elon Musk had first announced the outlandish Starship booster recovery plan at the end of 2020.

However, three months later, Elon made an even wilder claim: the same booster-catching tower could also capture Starships. As per Musk, the launch tower could have a second, equally critical function.

Musk’s tweet in March read, “Might just catch the ship with the launch tower, same as a booster.” But, it is unlikely that spacex will be trying to catch the super-heavy in its first attempt, as it might be too complex.

It will be much more agile-practice and would make much more sense if spacex tries to perfect the super-heavy catching or super-heavy landing in later attempts. At first, it needs to put everything together and attempt for the orbital .

The starship would be just below 400 feet long with its booster. To put it in perspective, it would be almost 100 ft taller than the Statue of Liberty. It will have the ability to carry 100 to 150 metric tons to Earth orbit. Which is 10 metric tons more payload than Saturn five rocket, it will also be 10 meters longer than the Saturn five.

But, while the Saturn five took more than 1 billion to build and make a flight. According to Elon, the starship is expected to cost only 2 million permission. Let that sink in, that will be 500 times cheaper.

This is the ultimate promise of Starship- way better payload carrying capability, at a fraction of cost. SpaceX’s plan to launch Super-Heavy and Starship into orbit as soon as September of this year sounds insane and outlandish.

Thanks for reading till the end. Comment what’s your opinion about this information “Starship’s Super-Heavy Booster Is A Beast”.

1 thought on “Starship’s Super-Heavy Booster Is A Beast”