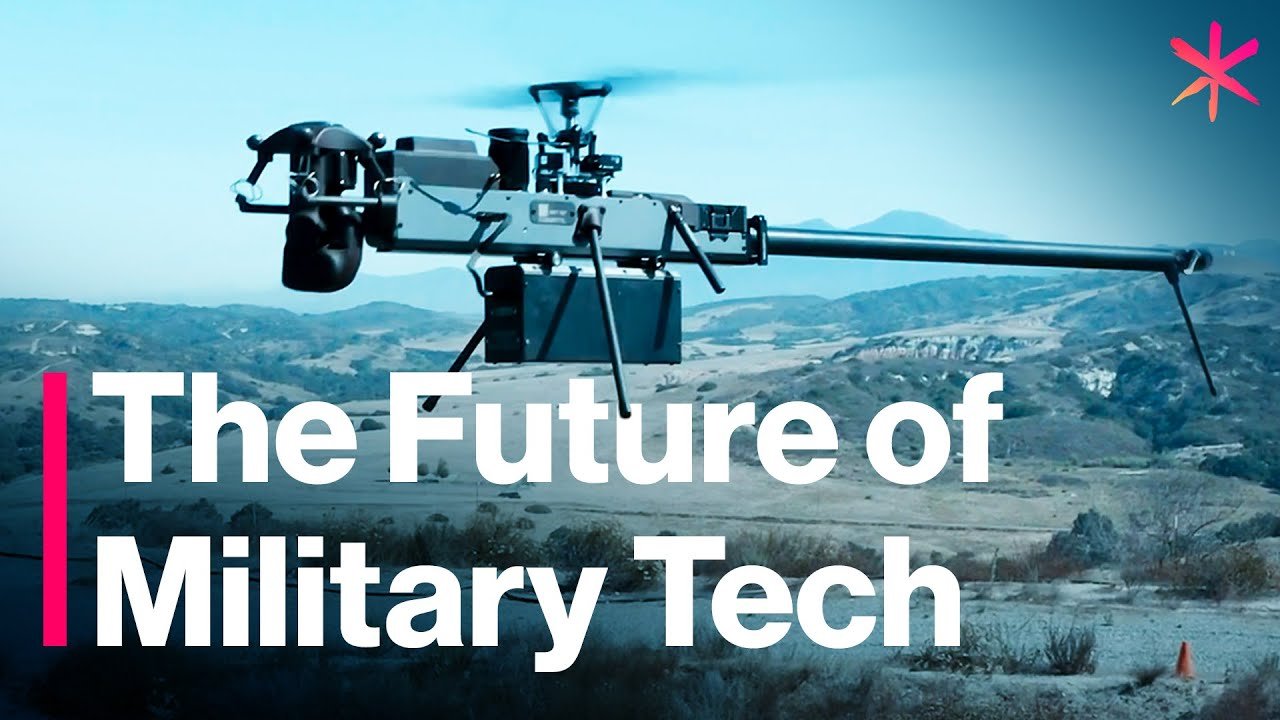 The Future of Military Tech: I used to be an outdoor kid, then I discovered computers and I became an indoor kid. I really like working with all kinds of various hardware systems. So gas lasers, solid-state lasers, optics, displays, modifying old game consoles, modifying new game consoles.

My name is Palmer Luckey. I started my career when I founded a virtual reality company called Oculus VR. I sold that to Facebook for a few billion dollars. And when I got fired, I started Anduril so that I could work on autonomous systems for national security.

The United States for a long time has enjoyed a position as the dominant technological force in the world. That’s starting to change. We have strategic adversaries who are rapidly surpassing us or have already surpassed us in a lot of areas. That’s where our company comes in – The Anduril.

We build the things that the government does not yet believe are possible. – We want to build a defense product company with the best people from the technology industry working on defense problems in the right way so that we can get things out there very quickly at a very low cost and actually make an impact this year rather than 10 years from now.

What we’re trying to do is provide war fighters with very recent, very actionable, very reliable intelligence about everything that is going on around them. Because when you have better information you will always make better decisions.

I got back from Afghanistan last year. During that time I was flying Black Hawks piloting, managing teams. You never wanna be in a position where you have to make a decision and you just don’t have the knowledge available to you.

It is something that is very near and dear to me to make sure that our products are things that are actually creating good in the world. The world would be a very different place if in the ’60s we didn’t have the level of focus and effort behind developing technology solutions to protect our allies.

What’s a little disheartening is in modern times the best and the brightest are not working on these kinds of problems. They’re working on ads. So, what we have here is an integrated facility where there is everything that we needed to go from napkin sketch to a fully developed hardware and software product that is going out the door and overseas.

In a lot of ways, this is kind of like an amusement park for an engineer. The pace at which we solve some of these problems is dizzying in some ways. – So Anduril moves extremely quickly. I’ve been here multiple times where you see something on a Monday and it’s just an idea. And then you see a prototype of it on Friday.

The Capistrano Test Site is hugely important for a company like ours. It’s about 2,700 acres. We’re able to test our hardware and our software in real-world conditions with our engineers. So Ghost is a battery-powered, small UAS. It does vertical takeoff and landing. It can fly for almost two hours virtually silent.

But I don’t wanna get bogged down in the specifics of what the airframe does because it’s really more about Lattice and the ability to have all of your feeds interconnected. Our core product is something that we call Lattice.

It’s an AI-powered sensor fusion network that can take data from hundreds or thousands of different sensors across land, sea, air-ground, and merge them into a single common operating picture that all of the people can reference and all of the machines can reference. Showing what’s going on, not just now but what’s going to be happening in the future.

So you can have our sentri towers. You can have Ghosts all operating within the same area, and then it alerts you when there’s something there that needs your action. So normally you’d have 10 or 15 people looking at all different screens and trying to fuse that information together.

But we’re able to fuse those tracks into one user interface, have one person looking at that, and the ability to connect all those things and make an operating picture to provide you better situational awareness is something that other companies are just not doing.

Like every other company, we have sketches. We have ideas. We have things that we wanna work on. The difference here is that we don’t take those sketches and then go to the government and ask them to help us make them. If we believe it’s the right thing that needs to exist, we’re gonna make it exist regardless of whether or not people believe it’s possible or is willing to give us money. That’s a pretty unique thing in the defense space.

And I’m going to make sure that we never lose that. So I’m working on defense technology because I believe in it, because I think it’s important to work on and because not enough people are working on it. And I’m one of the people who’s blessed with the resources to actually have a shot at making a difference.

I could see the impact of the problems I was working on directly. Where you’re protecting our nation’s security, keeping our bases safe. I think Anduril has the potential to make an incredible impact in the world.

I’ve been deployed multiple times, just being able to see that sometimes you’re not able to make decisions as quickly as you want to. And sometimes that has dire effects. You wanna make sure that you have all the knowledge at your fingertips so that you make the correct decision.

It’s gonna be pretty monumental, what we’re able to do and the impact that we have on the world at large.

Thanks for reading till the end. Comment what’s your opinion about this information “The Future of Military Tech”.

2 thoughts on “The Future of Military Tech”