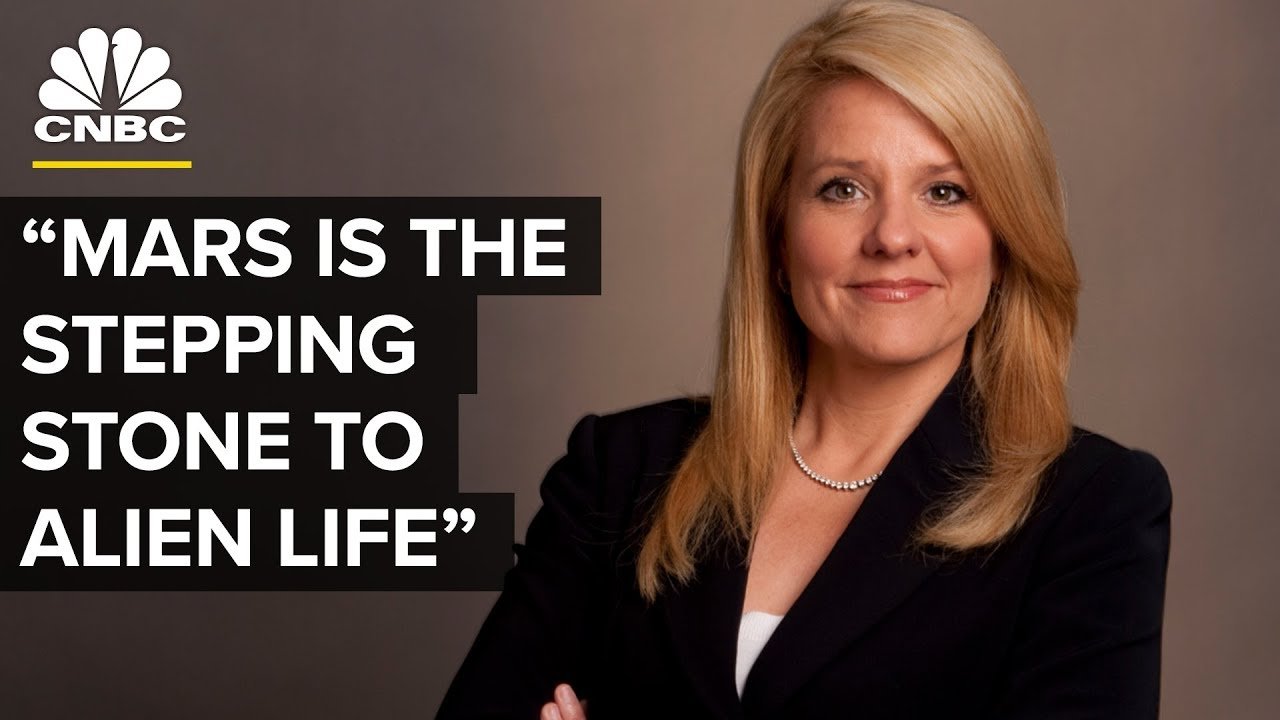 Gwynne Shotwell: Meet the Woman Behind SpaceX: There’s a proverb that says behind every great man is a great woman. That is certainly true of SpaceX. Elon Musk may be the most recognizable face of his aerospace company. But his right-hand woman is Gwynne Shotwell.

Shotwell is the President and Chief Operating Officer of SpaceX. She manages the day-to-day operations and the growth of the firm. In other words – she’s in charge of selling rockets and dealing with Elon Musk.

Unlike a lot of other SpaceX employees who grew up fascinated by rockets, she wasn’t. When she was five and her neurosurgeon father gathered the family around a TV to watch the Apollo 11 moon landing, she found it boring.

She wasn’t interested in space at the time. She didn’t watch Star Trek as a kid. Still, fate somehow put her on a path that led to SpaceX. Shotwell grew up in Libertyville, Illinois, a small town north of Chicago, the middle child of two sisters.

She had a mechanical mind. In the third grade, she asked her mom how car engines worked. So her mother, an artist, bought her a book about cars. In high school, she was a cheerleader and played varsity basketball but wasn’t sure what she wanted to do after graduating.

Her mum wanted Gwynne to be an engineer. And dragged her to a women’s engineering event which would change the course of her life. While there, Shotwell admired the female mechanical engineer on the panel and the beautiful suit she wore.

Shotwell didn’t have to look far to find a great school. A half hours’ drive from her hometown was Northwestern University.

It was the only school she applied to. She chose Northwestern because it was strong in disciplines in addition to engineering which suited her because she didn’t want to be seen as a nerd .

Little did she know how cool geeks would become! Shotwell was one of only three women out of 36 mechanical engineering undergrads but she said she never had any issues being in what was still largely considered a ‘man’s world’.

She did have a problem landing an internship one summer at heating, ventilation, and air conditioning design company. The boss was impressed with her resume but when he spoke to her over the phone for the first time, this is how she said the conversation went as published in Northwestern University’s magazine.

It was so blatant — what a jerk.” She graduated with a Bachelor of Science in Mechanical Engineering in 1986 and interviewed with IBM on the day of the Space Shuttle Challenger disaster – a mission that had garnered a lot of attention because a teacher was on board.

The tragedy shook Shotwell. She didn’t get the job at IBM but she was hired by Chrysler as part of a program that groomed graduates for management.

She did everything at Chrysler from rebuilding engines to working alongside engineers who designed the cars. But she didn’t find the work interesting so she left and went to grad school, also at Northwestern.

After getting her Master’s in Applied Mathematics, she ran into a former teaching assistant who happened to be working at The Aerospace Corporation in California.

He suggested she do the same, so she applied and was hired as a thermal analyst, which included running models on supercomputers of the space shuttle heating in real-time and feeding that information to NASA. But this work didn’t excite her either.

She was itching to go out and create something. After a decade at The Aerospace Corporation, she moved over to Microcosm, a low-budget rocket builder, where she became a director, focused on selling services to the government and other firms. She honed the business skills that would later be crucial to the success of SpaceX.

How did she land at SpaceX? According to the book Liftoff by Eric Berger, a colleague of Shotwell’s at Microcosm, engineer Hans Koenigsmann, was about to leave to join SpaceX which was then a little-known startup.

Shotwell took him out for a going-away lunch and then dropped him off at his new digs. Koenigsmann offered to show her around. And that’s when Shotwell met Musk. Musk talked about his ideas for cutting the cost of space travel by building his own rockets in-house.

Shotwell was impressed by his ambition to shake up the aerospace industry. She, too, was frustrated by the lack of innovation. She mentioned that he should hire someone dedicated to sales to find a customer for SpaceX’s first rocket, the Falcon 1.

Musk took her advice to heart and later offered her the job, though she didn’t say yes right away. She already had a stable job, two young children to look after, and only just divorced her first husband.

When she gave a virtual commencement address at her alma mater in 2021, she elaborated on her difficult decision.

“It seemed so risky for me personally to join this little start-up, in an industry where none had ever succeeded.

At the time I was a part-time single mother, and this was just too far out of my comfort zone. I was driving on the freeway here in L.A. when it finally hit me: I was being a total idiot. Who cares if I tried this job and either I failed or the company failed?

What I recognized at that moment was that it was the trying part that was the most important. Try that risky thing, be a part of something exciting. I don’t want to imagine what my life and career would be like had I said no.

Shotwell joined SpaceX as the Vice-President of Sales in 2002. She was employee number 11. There’s Gwynne at her cube.

Today – some call her the “secret sauce” behind the company’s success because of her engineering expertise, business know-how, and connections in the industry which helped her land lucrative contracts.

After SpaceX launched the Falcon 1 into orbit on its fourth attempt in 2008, she negotiated a $1.6 billion contract with NASA to deliver cargo and supplies to astronauts at the International Space Station. That deal saved SpaceX from bankruptcy.

And in 2013, she was reportedly instrumental in securing a 20-year lease of launchpad 39A at the Kennedy Space Center, the historic launchpad previously used by the Apollo moon missions and space shuttle flights.

Despite her success at the right hand of Musk, it’s not easy working for him as some former employees at his other company, Tesla, have attested. An ex-manager there told Business Insider: “It’s a culture in which, if you don’t have a solution to a problem and you don’t have that problem resolved within a few days or a week or two, you’re gone.

So it’s better to keep your mouth shut.” On the other hand, Shotwell believes Musk actually drives you to do your best work, saying at a TED Conference “…when Elon says something, you have to pause and not immediately blurt out, ‘Well, that’s impossible’ or ‘There’s no way we’re gonna do that…’ So you zip it, think about it, and you find ways to get that done.”

SpaceX was the first private company to transport American astronauts to the ISS. Next, it plans to take humans to the moon and later to Mars on a fully reusable rocket named Starship.

Over the past two decades, Shotwell has helped grow SpaceX from 10 employees to 10,000. From zero revenue to billions of dollars annually. Musk and Shotwell may appear to be polar opposites.

He can be awkward at times. She’s smooth and all smiles. Yet they have a shared ambition: to get things done.

Thanks for reading till the end. Comment what’s your opinion about this information “Gwynne Shotwell: Meet the Woman Behind SpaceX”.

11 thoughts on “Gwynne Shotwell: Meet the Woman Behind SpaceX”