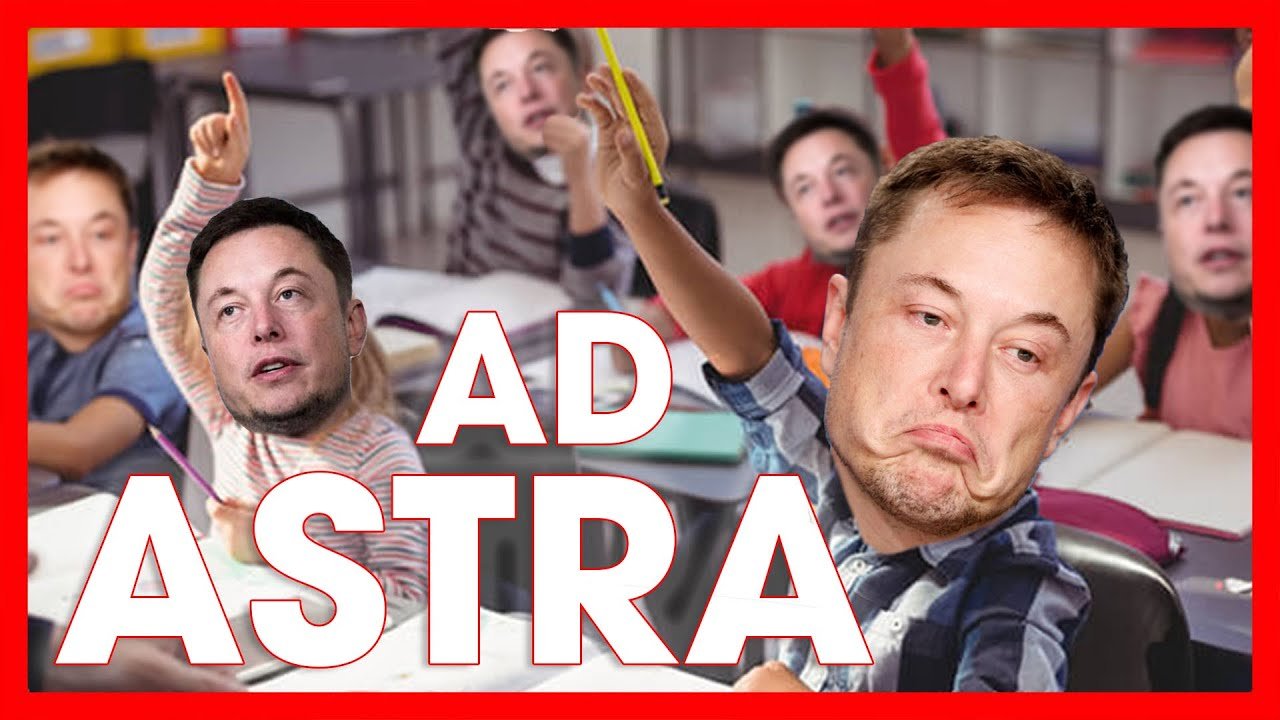 Take A Look Inside Elon Musk’s Ad Astra School 2021: Technology has played a consistent and vital role in the human education system by pushing education capacities higher and higher. Talking about technology and innovation, Elon Musk is considered to be the torchbearer globally in the 21st century.

The Ad Astra school, meaning to the stars in Latin launched by Elon Musk in 2014 is now no secret from the world. The school was created by him to educate his children and children of SpaceX employees, more in line with the realities of what the kids will face in their future.

Elon announced Ad Astra in an interview with a Beijing television station in 2015, he stated quote, there aren’t any grades making all children go to the same grade at the same time is like an assembly line.

And instead, children, age seven to 14 work together in teams, and while they are taught to the problem, not to the tool, it makes the relevance, the tool apparent for them wondering how the school is different from the regular schools we went to.

Elon has run an experimental non-profit-driven school Ad Astra at a SpaceX organization’s base camp at Hawthorne, California. Musk began the school after pulling all of his children out of Los Angeles, private schools, and employed one of his child’s teachers as the principal, that man being Josh Dhan, who is also the co-founder of Ad Astra School.

Elon was not satisfied with the regular education system that was focusing more on tools and formulas rather than developing interest and skills. To present his analogy, he meant to focus on finding the students’ interests, whether it’s music, paintingm robots, buildings, or plans, he wanted to match their aptitude level to that.

He is known to always make his way of doing things when he is not happy with the way that the world is doing things, whether it’s creating sustainable rockets, electric cars, e-payments, or creating a school. When a school means to the stars, Ad Astra aims to achieve great things.

The meaning perfectly aligns with what Elon Musk does and builds. This school had no official website until 2017. Nonetheless, it’s the one school, every elite LA parent wants their kid to get into. This school has almost 50 students between seven and 14 years old.

The IRS documents note, it will probably never exceed 50 students because of the intense staff-to-student ratio. In 2017, 400 families competed for 12 openings. To gain admissions would-be students must pass a reasoning test developed by child psychologists.

Ad Astra believes in developing future leaders through multidisciplinary problem-solving and reasoning through first principles. In layman’s terms, first principles are fundamentally the act of effectively questioning each assumption you think you know about a given issue or a situation.

And afterward making new information and arrangements without any preparation, practically like an infant. This simply means- how could you rethink something which is already done in order to make it better? Think of Nikolai Tesla didn’t approach the first principles. Then the world would have never seen the electricity revolution and the other 300 patents worldwide of his inventions.

The school’s Spartan LinkedIn page says noting the organization has between 11 and 50 employees. Ad Astra School believes in promoting a love of learning enduring curiosity and unbound imagination.

Ad Astra is a laboratory school that embraces advancements in the fields of science technology and education. The page adds, Ad Astra, is dedicated to pushing each student to the frontier of his or her human potential.

Considering by 2035, our world will be full of technologically infused surroundings, consisting of AI robots, hybrid cars, smart cities, and weekly space missions. Probably one of the kids born after 2010 is going to be in charge of the positions of leadership and power for such technological advancements around the world. AD Astro school can prepare such future leaders.

This school functions like a venture capital incubator in which students work in teams to drill into some of the most daunting topics of our time, including robotics, nuclear power, and the dangers posed by artificial intelligence.

The education philosophy of ad Astra quotes, ultimately the most important indicator of a student’s future academic success is his or her desire to learn, and we believe that we can install a life-changing thirst for knowledge in a fiscally efficient manner by helping students participate in the far reaches of humanities, explorations.

It further says a project like Mars exploration is truly a human wide pursuit. A program like this will inspire children on a curiosity-driven quest for knowledge that can light a spark of inspiration, that’ll burn for a lifetime.

To support the momentum the school provides an exclusive Ad Astra academy educational program and relevant math questions and science books offering enthusiastic students fitting assets. They share incredible online instruments with neighborhood teachers so that they can proceed with conversations on the subject of scientific exploration.

The curriculum at Ad Astra School is unconventional for sure. Students learn about artificial intelligence and how to give what essentially is a Ted talk, according to Josh Dhaan. Ethics are also explored through hypothetical scenarios. For example, deciding who’s to blame for a factory that has polluted a nearby lake.

Peter Diamandis, executive of the X prize foundation, when visited Ad Astra, shared the ethos of the school. Peter’s special access to Ad Astra is likely because of the fact that Elon Musk sits on the leading body of trustees of X prize.

He gave an example of the kind of morals and ethics preached to the students at the Ad Astra. Imagine a small town on a lake in which the majority of the town is employed by a single factory, but that factory has been polluting the lake and killing all of the wildlife. What do you do?

It’s posed shutting down the factory would mean that everyone loses their job. On the other hand, keeping the factory open means the lake is destroyed and the lake dies. This kind of regular routine conversation slash gameplay allows the children to see a world in a crucially important fashion.

According to an interview done by Peter Diamandis of Josh Dhaan in 2017, Josh states sports and music are not on the curriculum, although there is dodgeball at lunch. Foreign languages are also absent due to Elon Musk’s philosophy that real-time translation software will soon make the subject obsolete.

Instead, the children learn various coding languages, including scheme, swift, and scratch, and experiment with more applied science than your average science school lab. When talking about the school’s chemistry class, Dhaan says, “we blow s*** up”.

The students also get to construct things in a module called A-frame from weather balloons to battle bots, to encourage entrepreneurship at Ad Astra, they also have their own unit of currency called the Astra, which children are able to trade with each other.

One of the things they do three times a year is there’s a marketplace called the Baazar and at the Baazar, the kids have their own companies essentially, Dhaan said. He gives an example of a student who builds websites for his classmates, including one who makes gourmet cookies.

Musk foots the bill for ad Astra. And according to the IRS must give the school $475,000 in 2014 and 2015. This kind of extraordinary generosity allows taking any kid that sort of fits. Customized educational plans include field trips and intelligent exercises on nature space and life sciences.

Eventually, understudies joined driving researchers from around the world on the cutting edge of investigation. They pick focuses like Mars for imaging by a NASA space apparatus or working with remote green ocean Wayfair’s to work robots, a large number of meters underneath the waves.

Ad Astra grew nine students in 2014 to 50, seven years later with a mix of children of SpaceX employees, as well as high intellects from the neighborhood. This unorthodox education doesn’t come cheap.

The tuition is about $30,000 a year where some students receive financial aid. As Elon Musk, once stated about Ad Astra quote, “When the kids really love going to school, that’s a good sign. I hated going to school. And as a kid who was tortured, they think that occasions are too long and they want to go back to school“.

The Ad Astra school has centered around showing youngsters critical thinking and inventive reasoning. Whenever they have dominated these abilities, they will truly be valuable in their wherever the future may take them.

Musk has said he simply wants evidence of exceptional ability, which he hopes can be fostered at a young age.