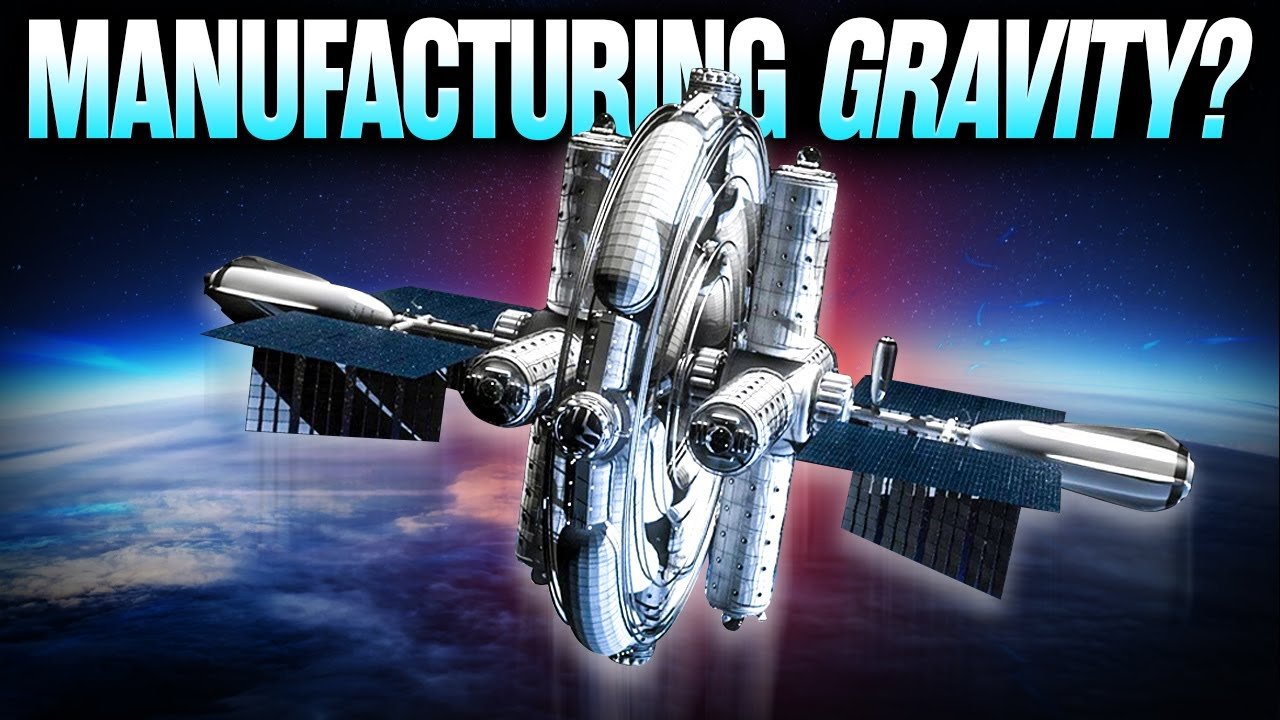 SpaceX’s New Plan To Create Artificial Gravity In Space: In keeping with the theme of SpaceX slowly working to turn science fiction into science facts, many SpaceX engineers have proposed artificial gravity. Yes, that’s the exact kind of thing we get to see in Star Trek and The Expanse and it might be a necessity for the Starship. How will SpaceX do this? Can they do it? Well, you will find out in just a second.

We’ve all seen science fiction movies where a group of daring astronauts board a spaceship and are sent into space. After leaving Earth’s atmosphere, the crew embarks on a voyage to the moon, Mars, or another region of deep space. In terms of science fiction, this is an ancient story.

This has been shown in so many different science fiction films that it is difficult to recall an example off the top of your head. The crew is always walking alongside their spaceship or space station, wandering around just like they would here on Earth.

But wait, how is that even possible? Doesn’t gravity have a lesser effect in space than on Earth? That’s right. There is far less gravity once you leap into space. Yet, in these movies, people are continually prancing around as if this isn’t an issue.

This is because, in science fiction, artificial gravity exists, even if it doesn’t exist in the actual world, at least not yet. Artificial gravity has always been something that many scientists and engineers have wanted to turn from a fantasy into a reality, even though there has been no success as of yet.

There are many reasons why artificial gravity is important, including some very serious ones related to the health and well-being of astronauts. Still, it has yet to make the leap from the movie screen to the real world.

This is what Elon Musk hopes to change for his Starship project as it is intended to carry passengers into deep space for extended periods of time. “Why would he need to create artificial gravity for Starship?”, you may ask.

After spending a year in space as part of NASA’s Twins Study, he found readjusting to life on Earth to be agonizing. In order to prevent such health effects before crews even reach deep-space destinations like the Moon or Mars, where the long-term effects of low-g are still unknown, mitigation strategies will be needed. Seeing astronaut Scott Kelly struggle to walk after a year in space should serve as a harsh lesson to anybody considering a trip to Mars.

Despite a rigorous workout routine and the finest treatment available in fifty years of space medicine, recovering from protracted zero-g remains a huge physical struggle. Let’s also not forget that the very shape of our bodies is given shape by gravity on Earth.

Gravity is one of the main reasons why our muscles haven’t receded and shrunk over the years. If gravity is absent, then our bodies will begin to realize that there is no need for muscles to keep us functioning normally.

Thus muscle atrophy occurs. Rigorous muscle-building routines and steroid treatments are mandatory for astronauts who spend long periods in space. In extreme cases, astronauts could literally be killed by normal gravity if they spent way too much time in space, with bone and muscle breaking down alongside blood vessels bursting due to the sudden shift in pressure.

There are two elements that help to minimize the risk of a journey to Mars: The outbound trip to Mars is projected to take 120 days, or approximately one-third of Kelly’s tenure in orbit, and the gravity on Mars is only 40% that of Earth.

However, these considerations are irrelevant when considering that any Mars trip will require astronauts to, rather than beginning a protracted period of recovery from zero-g exposure, begin punishingly hard work. Arriving at Mars weakened will be useless at best and deadly at worst. How can this issue be resolved?

Artificial gravity is the creation of an inertial force that mimics the effects of a gravitational force, usually by rotation.

Artificial gravity, or rotational gravity, is thus the appearance of a centrifugal force in a rotating frame, as opposed to the force experienced in linear acceleration, which by the equivalence principle is indistinguishable from gravity.

So naturally, the earliest and most common examples proposed to make artificial gravity aim to build spinning ships – similar to the classic Rotor carnival ride, centrifugal force will press the crew and equipment against the vessel’s interior, mimicking gravity.

Implementing this capacity entails arranging the ship’s construction in such a way that a ring rolls around the ship’s long axis. Different centrifugal accelerations can be obtained depending on the rotating speed and the radius of the ring.

However, the Starship was clearly not constructed with these issues in mind, the ship’s long axis is the 160-foot nose-to-tail axis, with a thirty-foot diameter. This results in a fifteen-foot radius for acceleration, necessitating a fast roll for the spacecraft, putting tremendous strain on the spaceframe.

Worse, as the crew moved “up,” that is, towards the heart of the rolling spaceship, the forces would diminish. At this tiny radius, there would very certainly be a significant variation in artificial gravity between the head and the toes, resulting in Coriolis force-induced motion sickness. Clearly, this strategy is untenable.

YouTuber ‘smallstars’ has proposed a concept that he calls the Gravity Link Starship (GLS), a variation of SpaceX’s Starship that will be able to provide its own artificial gravity. The idea was inspired in part by science fiction.

Depending on how realistic a franchise is trying to be, starships will either generate their own gravity using some special device or through rotating sections.

While the former concept is much like the hyperdrive (i.e. uses physics that are either totally fictitious or theoretical at this point), the latter is something that is entirely feasible.

After conducting some research into centripetal force, smallstars arrived at the idea for the GLS. As he explains in his videos, the GLS is basically a “hub ship” (i.e. like the hub of a wheel), where the payload bay is filled with a truss that unfolds and deploys robotically, thus “serving as the wheel’s spokes”.

It would be positioned between two passenger starships and would link up with them during the 6+ month-long journey to Mars. Once linked up, the passenger ships would swivel around to reorient themselves and fire their thrusters to impart momentum to the wheel.

Smallstars not only detailed the system but also did the calculations required to calculate the construction of the truss and the velocity required to replicate Earth-normal gravity.

Using SpinCalculator, he estimated that a rotational velocity of 31 m/s would be sufficient for a system with a radius of around 100 meters (97.99 m to be exact; or 321.5 ft), producing the sensation of 1 g and rotating at a rate of about 3 rotations per minute. In layman’s terms, ‘real’ artificial gravity could be achieved this way.

Smallstars is now working on the second version of this concept, which includes revised rotation calculations, a new truss design, and the addition of cables to enhance the truss’s tensile strength. He intends to release the third version in the near future, which will include load calculations and an animation of the truss deployment and function.

Additionally, SpaceX has to deal with having a rotating starship itself, which makes orienting antennae precisely very difficult, creating communications challenges.

As the antennae rotate, they will continually lose and regain signal as the rotation moves the antennae out of their orientation range. The Starship is expected to power its systems with solar panels, which are vastly more effective in space.

With a rotating craft, keeping the panels oriented towards the sun to capture energy can be problematic depending on the nature of the rotation and the orientation of the panels.

Dr. Robert Zubrin, a long-time proponent of manned Martian exploration, proposed tethering a crew module to the expended launch stage and rotating them around a common center of gravity.

While this option is not open for the Starship, as the launch stage is recovered on Earth, it does point the way to a different approach, such as launching multiple ships per journey.

We simply have to wait and see what SpaceX does to be able to create artificial gravity as the company hasn’t exactly been quite open about its plans, likely because it’s still in its early stages and they would rather prefer private criticism than scathing public criticism of their plans currently.

Thanks for reading till the end. Comment what’s your opinion about this information  “SpaceX’s New Plan To Create Artificial Gravity In Space”.