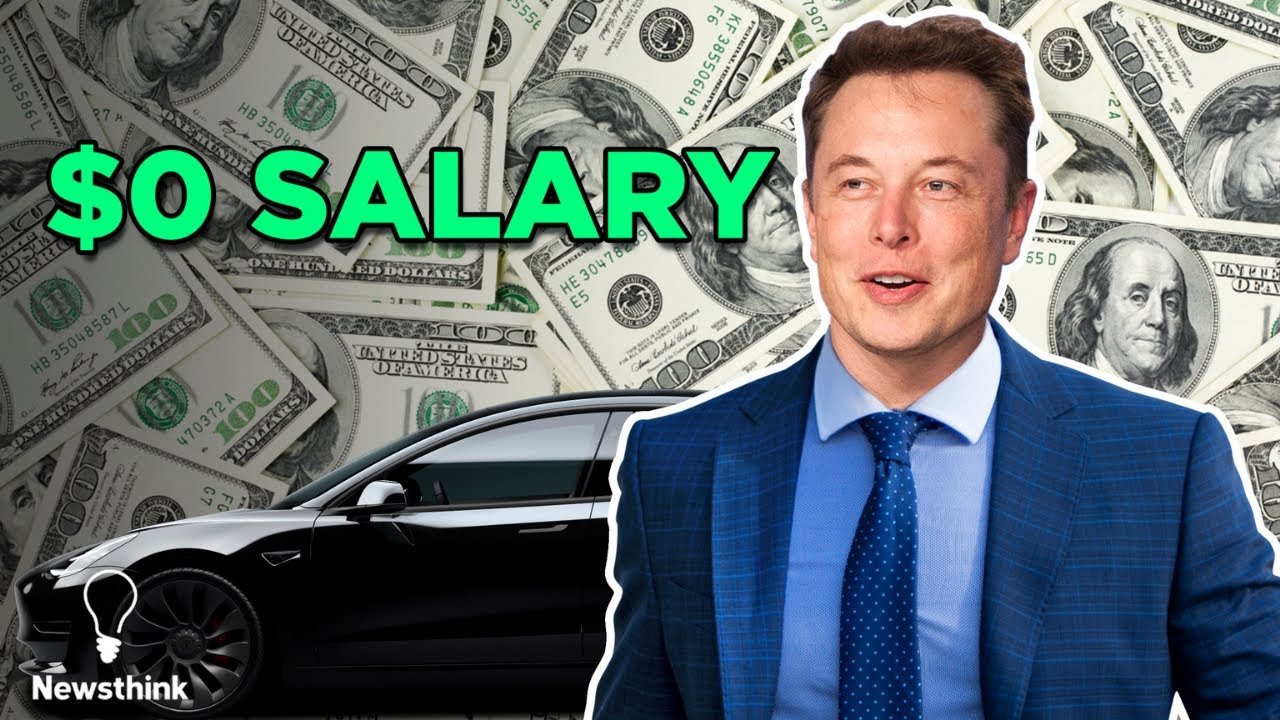 Why Elon Musk Has the Boldest Pay Plan in Corporate History: In 2020, the executives at Tesla all received a base salary of $300,000. Except for one executive. Elon Musk received a big fat $0. Getting paid nothing or next to nothing is not new for a CEO.

Mark Zuckerberg’s salary for Facebook – now Meta – in 2020 was $1. However, their compensation plans are very different. Musk gets paid in Tesla shares ONLY if the company does well. Really well.

Elon Musk will only get paid if Tesla reaches certain milestones. These milestones are meant to incentivize him to continue to lead Tesla through its next phase of growth. If Tesla achieves its goals, he gets a very handsome sum. But if the company fails, he gets nothing.

Here’s how his compensation plan agreed to in 2018 works: Tesla’s Board of Directors awarded Musk the option to buy 101 million Tesla shares at $70 each. They’re separated into 12 tranches totaling 12% of the issued and outstanding shares at the time of the agreement.

It might help to think of each tranche as a treasure chest with 8 million shares inside. Based on Tesla’s recent share price of $1,100, the value of each tranche would be about $8.7 billion!

The key to opening each treasure chest depends on whether Tesla can hit a certain market capitalization – the value of a company within ten years. $100 billion for the first tranche to open up then $150 billion, $200 billion, and so on, all the way up to $650 billion.

To put things into perspective, the largest automaker in the world at the time, Toyota, had a market cap of around $191 billion. When the Board came up with these numbers, Tesla’s market value was only $59 billion. So these goals were exceedingly difficult if not impossible to achieve. But Tesla did it, and in very short order.

Today, its market cap is well over $1 trillion dollars. Although the market cap conditions have been met, Musk cannot access his big payday. Turns out, there are even more roadblocks his way.

Tesla has to meet 12 of 16 additional conditions outlined in the SEC filing related to revenue and profitability. The Board knew they set the bar extremely high – admitting these would be “challenging hurdles” to overcome. But overcome it has.

Tesla has surpassed enough milestones for Musk to unlock 7 of 12 tranches, currently worth about $61 billion. The company has to continue growing at a rapid pace in order for Musk to get his hands on them all. Tesla’s growth so far has already been stunning.

It delivered 241,000 cars in the third quarter of 2021- that’s 73% higher than the same quarter the year before. Tesla’s Chief Financial Officer, aka “Master of Coin” Zachary Kirkhorn laid out the company’s ambitious future plans in the third-quarter earnings call.

You know our goal as a company here is to grow on an average pace of 50% per year…that remains the long-term goal of the company. Overseeing these long-term goals will no doubt be Musk.

The compensation agreement stipulates that he HAS to remain CEO or he won’t get to unlock all his stock options. The only scenario in which he’d be able to step down as CEO and still get the grants is by serving as both Chief Product Officer and Executive Chairman of Tesla.

This compensation plan is modeled off another from 2012 that involved 10 ambitious goals. So far, Tesla has hit nine out of 10 milestones for that deal so he’s nearly been paid out in full.

Musk is now a billionaire a few hundred times over. And could even become the world’s first trillionaire according to investment firm Morgan Stanley. Some have criticized the world’s richest man for how much money he makes.

Democratic senator Ron Wyden recently proposed taxing the unrealized capital gains of the uber-wealthy. Currently, you only pay taxes when you sell your shares. Under this plan, billionaires would be taxed if their assets have gained value even if they haven’t sold them.

In response, Musk tweeted: Eventually, they run out of other people’s money and then they come for you. As in, the average investor. Around this time, the Tesla CEO asked his 63 million followers on Twitter whether he should sell 10% of his Tesla stock.

He put it to a poll that favored selling which is reportedly meant to help him pay his taxes on the stock options granted to him in 2012. If and when Tesla hits all of its goals which would allow Musk to unlock all his options, what will he do with all of that money?

He says half of his wealth is intended to help with problems on Earth and half to build a city on Mars. His other company, SpaceX, is developing fully reusable Starships to make the journey to the red planet less expensive but the costs will still be staggering.

Just like his rockets, he hopes Tesla continues to soar to new heights, rewarding customers, employees, and shareholders along the way. And as he grows the Tesla pie – his slice gets ever bigger, too Tesla’s stock price has already gone up nearly 13 times its value compared to the start of 2020.

Thanks for reading till the end. Comment what’s your opinion about this information “Why Elon Musk Has the Boldest Pay Plan in Corporate History”.