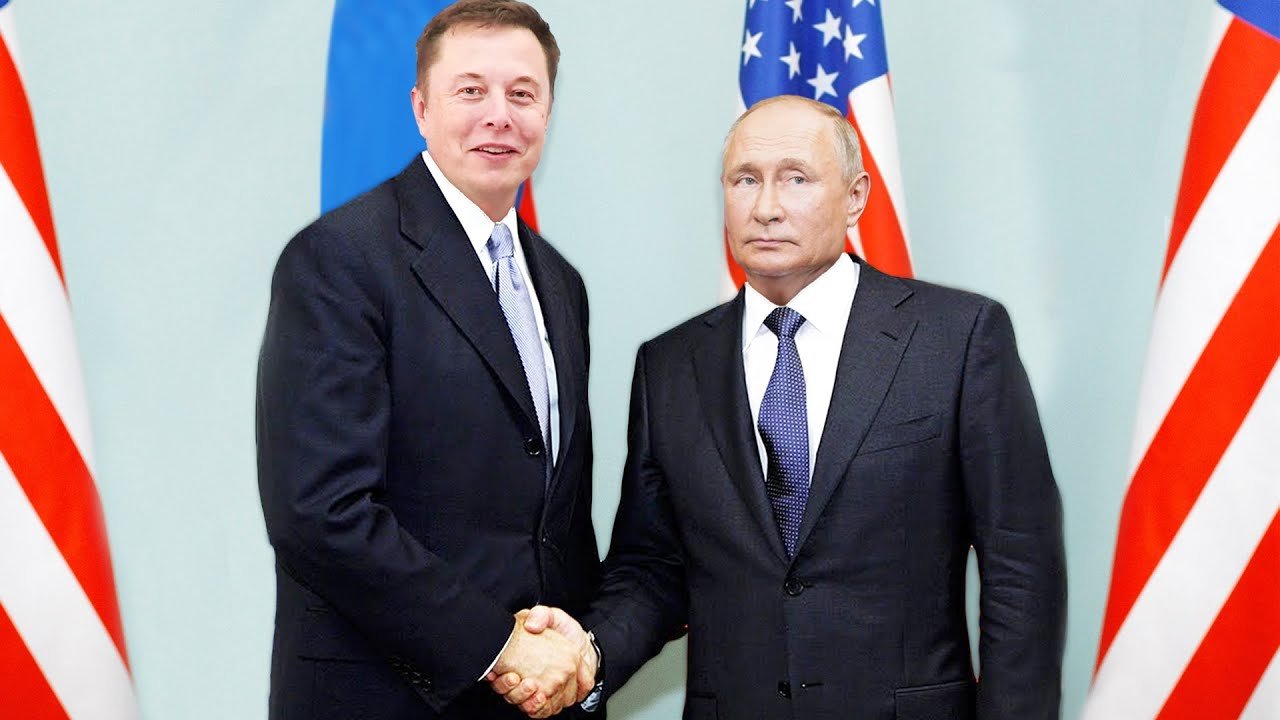 Elon Musk’s INSANE New Partnership With Russia: In a recent statement issued by SpaceX CEO and billionaire, Elon Musk, he hinted that he may be inclined towards partnering with Russia’s Roscosmos.

Given the fact that Soviet scientists turned down a deal with Elon two decades ago, the sudden partnership between the two organisations has raised many questions. To add to that, Roscosmos’s head of operations, Dmitry Rogozin also welcomed Elon by calling him over to have a meeting.

He even went on to say “ The kettle is boiling as we speak!” in an interview. Join us on our quest as we discuss this matter in depth and know how a partnership between our genius inventor and the world’s leading aerospace organisation could change mankind forever! Let’s get started.

One collaboration to change it all! Musk has been quite active on an app named Clubhouse since the beginning of 2021. He has been found talking to famous personalities quite a few times on the app.

In the first quarter of 2021, Musk posted a tweet stating that he would love to chat with the Russian president, Vladimir Putin on Clubhouse. This proposal was made shortly after November 2020 when Musk’s company, SpaceX successfully sent four astronauts over to the International Space Station, a feat which was never achieved by Russia before that. Following this, Musk was invited for a cup of tea by Dmitry Rogozin who is the head of Roscosmos.

For those of you who don’t know, Roscosmos is basically the Russian equivalent of NASA which is a state corporation responsible for regulating space flights and aerospace research.

Space aficionados across the globe were captivated by this meeting between Rogozin and Elon Musk because they understood that if these two titans worked together, the results would be astounding.

Elon’s bittersweet history with Russia SpaceX is a rocket aviation company which was founded in 2002 by Elon Musk after he sold his shares at eBay and cashed out. From then, to this date, the world has witnessed tremendous growth of both SpaceX and its CEO as they continue to push the boundaries every day.

However, in the early 2000s, before SpaceX became a big name in the aerospace industry, Russia always outperformed America when it came to outer space-related technology. Sadly, this monopoly could not last long enough and came to an end when SpaceX launched rockets like the Falcon 9 and the Dragon.

The US government took full advantage of this opportunity and cut off all the ties with the Russian space agency. Now, all the US launches into space are only done via SpaceX rockets. Their low cost and reusable Falcon 9 rockets completely rendered the commercial launch business of Russia’s Proton rocket useless.

The contract between Roscosmos and NASA lost value rapidly after the growth of SpaceX. You might wonder : What kind of value are we talking about here? Well, the answer is 400 million dollars per year! NASA vs Roscosmos This has been one of the biggest rivalries of all time.

While NASA put the first animal into space, the USSR was the one to put the first satellite into space followed by a human. But soon after the Cold War came to an end, both the countries started to work together.

At that time, Roscosmos was simply miles ahead of NASA in every aspect. In 2014 however, Roscosmos tweeted that NASA should try to launch itself to the space station with the help of a trampoline. The tweet was in Russian so many didn’t pay attention to it, but it was still quite humorous if you ask me.

The relationship between Russia and NASA got even worse when one of their spacecrafts, Soyuz MS-18 crashed into the International Space Station, two times in three months! Now that doesn’t seem like a coincidence.

This titled the orientation of the ISS by 57 degrees. During the latter half of 2020 (December), some social media reports also showed the sarcastic jabs which were made by Roscosmos on SpaceX employees.

It showed images of Roscosmos engineers working in rugged and harsh climates with temperatures going below -50 degrees Celsius (-61 F). Dmitry questioned the capabilities of SpaceX by asking if the company can work in such harsh conditions and still produce positive results.

However, seeing the success of SpaceX, Dmitry quickly changed colors and invited Elon for a tea party. In a recent interview, he even praised Elon and called him a great inventor, organized and a pioneer in the space industry.

But why Russia? Attaining the success that SpaceX has had within the last five years without attracting any foreign interest is highly unlikely. SpaceX has managed to smoke some of the top players in the aerospace industry in such a short time.

But given how bittersweet Musk’s relationship has been with Russian officials, the sudden sense of warmth between both parties definitely piqued the interest of people world wide. Rogozin also tried to capture the attention of the billionaire by inviting him over to the upcoming Soyuz launch.

Media believes that this is just propaganda by Russia to project Rogozin as Musk’s equal. This launch will be commanded by Anton Shkaplerov and will also carry renowned director Klim Shipenko & actress Yuliya Peresild.

They both will spend 10 days on the international space station shooting a film called ‘The Challenge’. Can SpaceX really partner with Roscosmos? SpaceX’s management is currently deciding whether or not partnering with the Russian government would be beneficial in the long run.

But if we see this from Musk’s point of view, investing in a country like Russia has two main advantages : First, considering that Russia is the first country that sent a human being around the earth’s orbit, Musk will get a workforce which is quite experienced.

Roscosmos also has some of the most brilliant minds in the world when it comes to the space industry. In a CNN interview, Elon Musk said that even though Russia’s space program is practically dead, he thinks that setting up production plants in a country like Russia will lower the costs involved significantly.

After the interview, he also received a special invitation by the Russian ministry of industry and trade. They also stated that they have a number of state support measures for local OEMs (Original equipment manufacturers).

Second, Russia has a huge market for EVs since it boasts a population of more than 150 million people. Russia has almost zero incentive for the electric vehicle industry leaving a huge customer base open for a company like Tesla.

This is mainly due to the poor charging infrastructure. Some reports also stated that since Russian scientists are already familiar with working at sub-zero temperatures, they might be better adapted to the temperature climate at Mars, a place which Elon wants to colonise with the coming time. What’s in it for Roscosmos?

After the division of the USSR, Roscosmos has always been in financial trouble, countless projects have even had to be stopped midway due to budget allotment issues. Rogozin also said that he would be very much interested in exploring the potential of their partnership, finding extra-terrestrial life and considering alternatives to preserving life on earth.

Earlier, Russia closed its gates for collaboration with other countries as soon as the harsh sanctions imposed on them were lifted. They even announced that they will leave the ISS program and need no help from any nation.

Rogozin stated that they plan on building their own space station if things stay the same way with America in June 2020. But now, it’s almost amusing to see how the times have changed.

This tells us that if you are too good at doing something, even your haters will want to learn from you one day. Verdict Given the current condition of the Soviet’s current space program, a partnership with Elon Musk could definitely be beneficial for both parties.

That said, seeing the cloudy nature of their conversation and a topsy turvy history, it is difficult to know if Rogozin just wants an interview with the genius billionaire or something more out of it.

Furthermore, with the upcoming launch of the Tesla Roadster and Model Y, Musk hardly has the time to go all the way to Russia. If I were in his place and were juggling between three companies (Tesla, SpaceX and The Boring Company), I would definitely want to spend the rest of my time sleeping.

As the covid 19 restrictions are lifted and Elon’s schedule is vacated, who knows maybe the world could witness the rise of a new era of interspace travel. Imagine a Tesla Dragon coupled with the robust RD-170 engine from Russia. Now that’s truly gonna be a sight to behold. Tell us what you think about this new partnership in the comments below.

Thanks for reading till the end. Comment what’s your opinion about this information “Elon Musk’s INSANE New Partnership With Russia”.