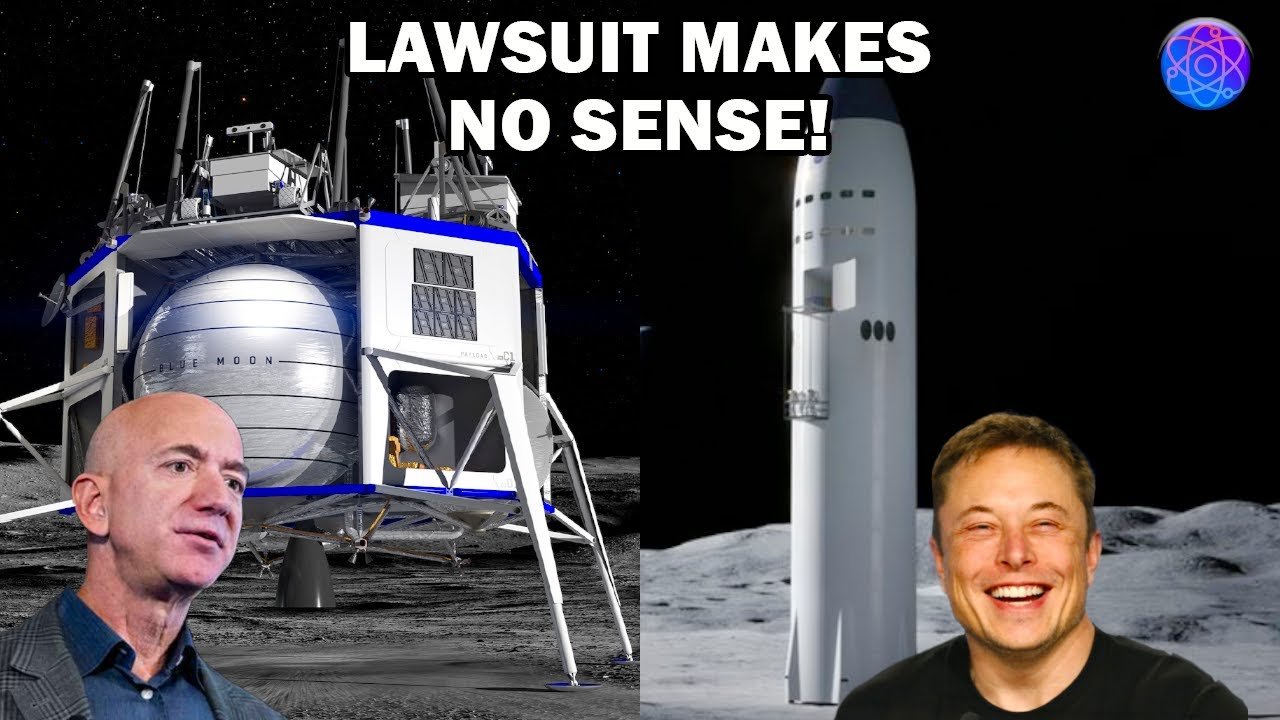 Blue Origin Desperately Tries To Cling Onto NASA’s Lunar Lander Contract Against SpaceX: For the first time since SpaceX competitor Blue Origin took NASA to federal court after losing a Moon lander contract to Starship and a protest over that loss, unsealed documents have finally revealed the argument Jeff Bezos’ space startup is focusing on in court.

After the details broke in new court documents filed on Wednesday, SpaceX CEO Elon Musk weighed in on Twitter to offer his take on why the arguments Blue Origin has hinged its lawsuit on making very little sense.

While one seemingly significant portion of the main complaint claiming to reveal “additional substantial errors” in SpaceX’s Starship HLS proposal was almost fully redacted, most of the opening argument is legible.

In short, Blue Origin appears to have abandoned the vast majority of arguments it threw about prior to suing NASA and the US government and is now almost exclusively hinging its case on the claim that SpaceX violated NASA’s procurement process by failing to account for a specific kind of prelaunch review before every HLS-related Starship launch.

For NASA’s HLS competition, SpaceX proposed to create a custom variant of Starship capable of serving as a single-stage-to-orbit crewed Moon lander with the help of the rest of the Starship fleet – including Super Heavy boosters, cargo/tanker Starships, and a depot or storage ship.

SpaceX would begin a Moon landing campaign by launching a (likely heavily modified) depot Starship into a stable Earth orbit. Anywhere from 8 to 14 Starship tanker missions – each carrying around 100-150 tons of propellant – would then gradually fill that depot ship over the course of no more than six or so months.

Once filled, an HLS lander would launch to orbit, refill its tanks from the depot ship, and make its way to an eccentric lunar orbit to rendezvous with NASA’s Orion spacecraft and three Artemis astronauts.

As Blue Origin has exhaustively reminded anyone within earshot for the last five months, SpaceX’s Starship Moon lander proposal is extremely complex and NASA is taking an undeniable risk (of delays, not for astronauts) by choosing SpaceX.

Nevertheless, NASA’s Kathy Lueders and a source evaluation panel made it abundantly clear in public selection statement that SpaceX’s proposal was by far the most competent, offering a far superior management approach and technical risk no worse than Blue Origin’s far smaller, drastically less capable lander.

The bulk of Blue Origin’s argument appears to be that its National Team Lander proposal was drastically disadvantaged by the fact that SpaceX may or may not have incorrectly planned for just three ‘flight readiness reviews’ (FRRs) for each 16-launch HLS Starship mission.

While heavily redacted, Blue Origin wants a judge to believe that contrary to the US Government Accountability Office’s (GAO) fair assessment that such a small issue is incredibly unlikely to have changed the competition’s outcome, it would have “been able to propose a substantially lower price” for its lander.

To be clear, a flight readiness review is an admittedly important part of NASA’s safety culture, but it ultimately amounts to paperwork and doublechecks over the course of a day or two of meetings.

All else equal, the need to complete an FRR before a launch is incredibly unlikely to cause more than a few days of delays in a worst-case scenario and would have next to no cost impact.

There is no reasonable way to argue that being allowed to complete some launches without an FRR would have singlehandedly allowed Blue Origin to “[engineer] and [propose] an entirely different architecture.”

Nevertheless, that’s exactly what the company attempts to argue – that it would have radically and completely changed the design it spent more than half a billion dollars sketching out if it had only been able to skip a few reviews.

Curiously, Blue Origin nevertheless does make a few coherent and seemingly fact-based arguments in the document. Perhaps most notably, it claims that when NASA ultimately concluded that it didn’t have funds for even a single award (a known fact) and asked SpaceX – its first choice – to make slight contract modifications to make the financial side of things work, NASA consciously chose to waive the need for an FRR before every HLS Starship launch.

Only via purported cost savings from those waived reviews, Blue Origin claims, was NASA able to afford SpaceX’s proposal which, it’s worth noting, was more than twice as cheap as the next cheapest option (Blue Origin).

Ultimately, it thus appears that Blue Origin may have a case to make that NASA awarded SpaceX the HLS Option A contract despite a handful of errors that violated contracting rules and the HLS solicitation.

Relative to just about any other possible issue, though, it’s hard not to perceive the problems Blue Origin may or may have correctly pointed out as anything more than marginal and extraordinarily unlikely to have changed the outcome in Blue’s favor had they been rectified before the award.

Most importantly, even if Blue Origin’s argument is somehow received favorably and a judge orders NASA to overturn its SpaceX HLS award and reconsider all three proposals, it’s virtually inconceivable that even that best-case outcome would result in Blue Origin receiving a contract of any kind.

Thanks for reading till the end. Comment what’s your opinion about this information “Blue Origin Desperately Tries To Cling Onto NASA’s Lunar Lander Contract Against SpaceX”.