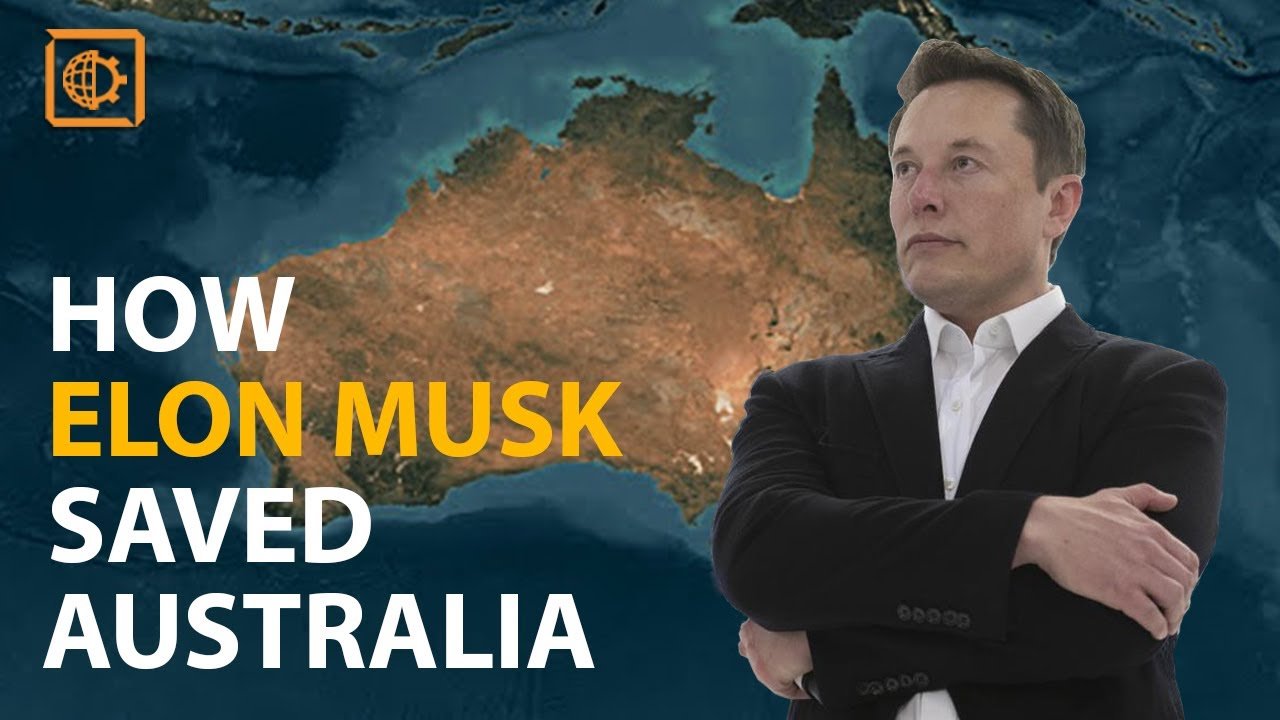 How Elon Musk’s Battery Farm is transforming the lives of Australians?: Aside from upturning the economics of the automobile industry, Tesla has also begun innovation efforts in how we receive our day-to-day electrical power services.

Indeed, the day you begin to pay Tesla your electricity bills may soon come if they continue their success. Welcome dear, today we will talk about Tesla’s battery farm installations in Australia and how they changed the lives of many Australian citizens.

Tesla’s ‘battery farm’ in South Australia is officially known as the Hornsdale Power Reserve. Its construction history begins with the local southern Australian government searching for plausible plans for the improvement of their electrical power grid with a battery design in the region.

South Australia is regularly subject to adverse weather conditions and weather events which often disrupt stable power supply to homes, farms, and businesses in the region.

Elon Musk entered Tesla into the proposals with a wager that a solution would be provided and completed within ‘1000 days from contract signature’. If he failed then the batteries would become free of charge.

Tesla moved towards fulfilling this wager with unwavering commitment and speed as they had already begun construction and a few batteries were already up and running by the time of the signing of the contract on the 29th of September 2017.

Construction of the ‘battery farm’ is had begun to be colloquially known was completed on the 25th of November 2017 and connected to the grid on the 1st of December 2017.

Elon Musk had beat the wager by a mile; it only took 63 days between the signing of the contract and the completion of the project.

The installation’s power output saw a 50% rise following an announcement by the power company Neoen, which runs the facility for the government of South Australia. So how has this previously unheard-of battery power facility designed for powering properties just like traditional electricity gates impacted the population?

We need to understand how the facility works first. Currently, the battery farm outputs a total of 100 megawatts of electric power. These battery packs are sold as the Tesla Powerpack units.

These are basically a collection of sixteen high-performance and high-power batteries that are packed together in strong and weather-safe units. Tesla’s intentions with the Powerpack as of right now is squarely aimed at providing an alternate power source to alleviate the load from traditional power grids.

The batteries found in each Tesla Powerpack unit are composed of the same cell design that makes up the batteries on Tesla vehicles such as the Model 3 and Model S. Each cell is less than 3 inches long and under an inch diameter.

It is impressive because of the fact that the battery is an evolution of the lithium-ion batteries that we already use for many products such as smartphones or laptops.

The improved cell design allows for more powerful lithium-ion batteries for larger-scale use. With a total construction cost of $161 million Australian dollars, Tesla was able to put together a few dozen of these Tesla Powerpack units to provide 100 megawatts of energy initially to thousands of properties in South Australia.

As of September 2020, the operating company Neoen increased the capacity up to 150 megawatts. Traditional coal-fired power plants output an average of 600 megawatts of energy so it cannot be said that the Tesla battery farm can yet compete.

However, those who make this statement are failing to see the future potential of Tesla’s revolutionary power plant design. The main advantage of this design lies in its ability to store generated electricity from solar panels, windmills, and biomass generators for later use.

South Australia’s landscape makes it difficult to properly build a traditional electricity grid lined with towers and wires connected to a power plant that supplies the electricity.

The region is also subjected to a myriad of adverse weather conditions and effects that seriously hinder the prospect of a constant electricity supply. As a result, South Australia faces one of the highest instances of load shedding and power interruptions in the developed world.

Efforts at utilizing renewable energy generation efforts such as windmills have been ineffective so far since wind patterns are very inconsistent. With this battery farm, windmills are able to generate electricity for later use even when generators are turned off.

This is a boon that also benefits users of solar panels. Many South Australian residents had turned to use solar panels in an attempt to try and mitigate the load-shedding issue that they faced on an almost regular basis.

The main disadvantage of a solar panel is that extra electricity generated is lost if not used. A Tesla Powerpack battery used specifically for storing energy thus enables the storing of solar and wind-generated power for later use, greatly increasing the usability of windmills and solar panels.

They currently fill the gap to supply power when coal-fired power plants are unable to do so. The simple innovation of allowing a high durability electricity storage solution for millions in South Australia who desperately needed a reprieve from constant load-shedding and power shortages has greatly changed lives.

The very first benefit was received by the government of South Australia as the battery farm allowed electricity grid network costs to come down by about $116 million in 2019 and has resulted in lower bills for everyone.

Trade in the province of South Australia has seen substantial increases from 2017 to 2020 solely because of the installation of the battery farm, to begin with.

This battery farm also benefits businesses and factories who are able to remain operational for longer hours and some even being able to maintain operational capability 24/7.

This is something that was previously unheard of in South Australia. Hornsdale success I operating the Tesla battery farm has also inspired many Australian citizens to purchase their own Tesla Powerpack and Powerwall units to be used in conjunction with solar panels.

These units are also sold to private citizens and set a unit up is very easy. They have greatly benefited southern Australians by helping them reduce their electricity bills even further.

The most important impact of the Hornsdale Tesla battery farm is that it has set a precedent for further developed plans with the design. Tesla has further plans for more battery storage facilities and battery farms just like Hornsdale in many places around the world.

Some of these plans include facilities in Vermont, the USA, and Germany. A local government responsible for the supply of electricity can very effectively hold excess produced electricity from renewable sources and use them for later consumption.

This has prompted many recent investments in renewable technology as the inability for solar panels and windmills to hold on to excess produced electricity has traditionally hindered potential investors from taking a step.

Elon Musk wants to follow Hornsdale up with a completely new battery farm in the state of Victoria in Australia.

Victoria is another state which has seen substantial efforts in attempting to make renewable energy sources the norm in the face of inadequacies of traditional coal or nuclear-powered electricity generators.

The Hornsdale facility has already made renewable energy sources much more competitive in the energy market. We can only guess very high estimates in regards to where this future facility will take renewables.

We have to understand that renewable energy sources are not the only possible sources of electricity that can make use of battery storage architecture similar to Teslas.

Imagine the possibilities of nuclear energy being stored away in very durable batteries for use by future generations centuries later. For developing and underdeveloped countries, using such battery storage facilities can greatly improve impoverished people’s access to electricity as these places generally do not have any electricity transmission infrastructure.

Either that or their infrastructure is broken and plagued with issues similar to South Australia’s The battery farm at Hornsdale in South Africa has proved that renewable energies are finally becoming a competition against established electricity suppliers that use coal and nuclear energy.

We have seen how such a simple innovative use of an already existing battery technology has the potential to completely upturn the economics of the electricity market in the future.

Tesla has once again proven itself as a revolutionary; a technological giant whose efforts make human lives better and they have no intentions of stopping.

We do hope that Elon Musk and Tesla are eventually able to upscale their battery farm design to one that serves even more people on a global scale and eventually provides the world a viable answer to its energy needs that always evolve.

Let us know what you think of Tesla’s battery farms, a shining testament to Tesla’s commitment to changing the world for the better.

Do you think they can provide a powerful and most importantly, a viable alternative solution to the world’s power needs that do not burn fossil fuels? Or do you think sticking to cars and rockets would best serve Elon Musk?

Thanks for reading till the end, Comment what’s your opinion about this information “How Elon Musk’s Battery Farm is transforming lives of Australians?”.

2 thoughts on “How Elon Musk’s Battery Farm is transforming lives of Australians?”