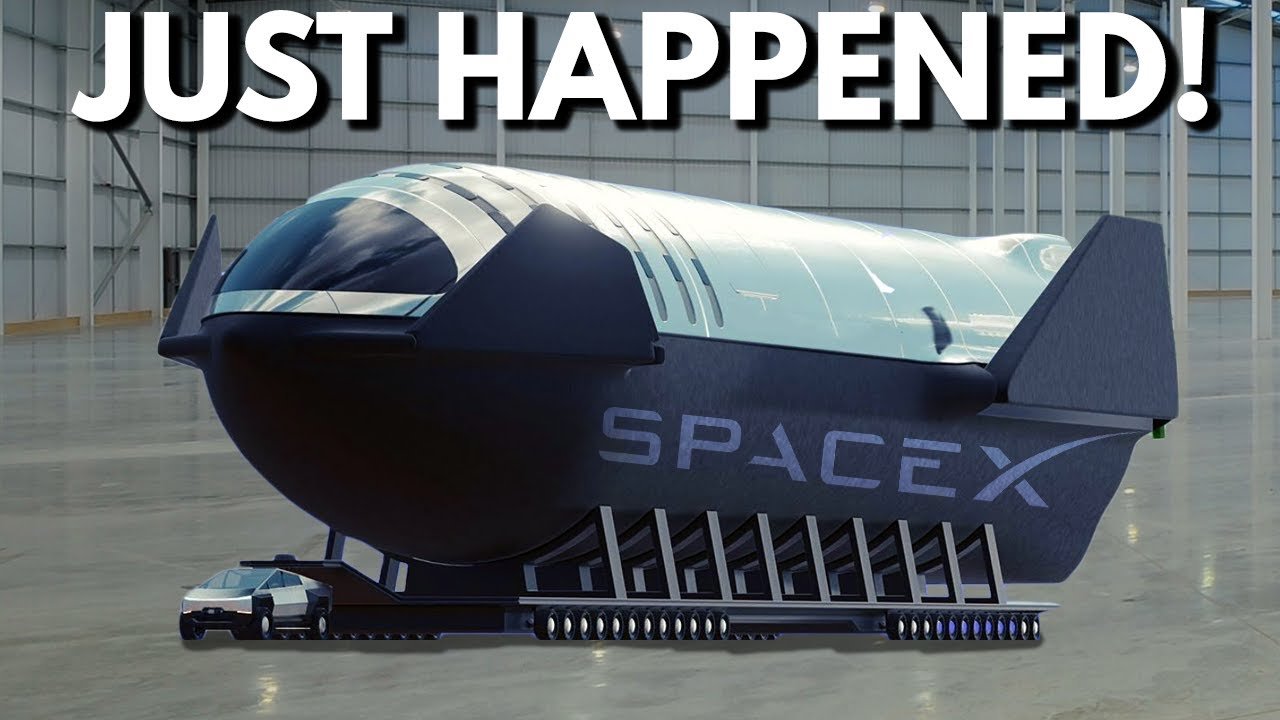 With the new Raptor rocket engine being built every 48 hours, how does SpaceX manage to build their rocket so fast? Let’s find out.

It’s not easy to build a rocket that can carry passengers and tens of thousands of pounds of cargo into orbit. Engineers have been doing this successfully since World War II, sending satellites into orbit, humans to the moon, probes to the solar, and so on.

The hard work starts at the design stage, where decisions on the shape and size of a vehicle and its subsystems are made and updated multiple times before a final design is established.

Giant fans or high-pressure air sources create artificial wind in the test tunnels, which flow across scale-model machinery. The resulting aerodynamic data aids rocket engineers in determining how a new concept vehicle will perform and move during flight, as well as how much cargo a new launch system can transport to orbit.

Scientists and engineers can use the data acquired to analyze concepts before manufacturing full-scale space hardware, saving time and money. The wind tunnel test series is a complicated procedure that follows a modular method.

As part of a “design analysis cycle,” a scale model is made to replicate the current configuration, or design, of a vehicle, and tests are undertaken. The results of the tests are analyzed, and any necessary adjustments to the configuration are made to improve the design’s performance and reliability.

Then a new model is created and testing resumes. As a result, each test series’ inputs build on the preceding one, so what you start with isn’t always what you wind up with as a final design. “The process of taking a launch vehicle concept from paper to flight is like a puzzle,” said Larry Huebner, former Ares rocket aerodynamics panel chairman in the Exploration Launch Projects Office at Marshall.

“You get smarter as you go, as you add more pieces to the picture. Each discipline — from aerodynamics to thermal environments to structures to the launch abort system — works together to ensure each piece of that puzzle fits their individual needs and requirements, as well as those of the vehicle as a whole. That’s how rockets are built in a nutshell.

Of course, the entire process is far more complex and expansive to sufficiently explain in such a small space. The actual manufacturing process is a wholly different thing by itself as well.

SpaceX Elon Musk, the tech millionaire who founded SpaceX, established the firm with the goal of sending humans to Mars. It’s been over two decades since it launched NASA humans into orbit, and it’s achieved a slew of other firsts along the way.

Musk had wanted to reach Mars by 2010, but it took six years merely to send one rocket into orbit. On Sept. 28, 2008, a SpaceX Falcon 1 orbited Earth for the first time. This opened the way for the Falcon 9, a nine-engine version of the rocket that has been the company’s workhorse since its debut in 2010.

What sets Falcon 9 apart from the competitors is its unrivaled capacity to launch a payload into orbit and then have its first stage return to Earth, landing either on solid ground or on a floating drone-ship landing pad at sea, a SpaceX first.However, Crew Dragon’s first flight with humans aboard was a success.

Astronauts Hurley and Behnken returned to Earth on the Dragon a few months later, and in November 2020, another crew of four astronauts, including one from Japan’s JAXA, made the second voyage to orbit on a Crew Dragon.

In February 2018, SpaceX launched the Falcon Heavy, the most powerful rocket launched from the United States since the Saturn V, which took people to the moon. The massive launch system, which consisted of three Falcon 9 rockets stacked together, carried a test payload consisting of Musk’s own red Tesla Roadster toward Mars.

Falcon Heavy was made up of three Falcon 9s, and two of them landed almost simultaneously. SpaceX hopes to launch some massive cargoes with Falcon Heavy in the coming months, but it’s also working on a bigger rocket named Starship.

On July 25, 2019, a single-engine Starship prototype named Starhopper lifted off from SpaceX’s test facility in south Texas, hovering around 20 meters (66 feet) above the ground before landing a short distance away.

Then there were a few more hops in late 2019 and early 2020. Prototyping development is moving quickly as of January 2022, in accordance with the company’s quality and functionality targets. That was SpaceX’s rocket manufacturing timeline at a glance.

You’ll notice, however, that they’ve managed to put out a good number of rockets very quickly. How? How They’re So Fast In order to optimize their operations and make parts that aren’t achievable with traditional manufacturing methods, SpaceX has been progressively using additive manufacturing in their production.

SpaceX is a proponent of vertical integration, which implies that raw materials are brought in at one end of the facility and a fully assembled rocket emerges at the other. This philosophy can be implemented using additive manufacturing.

For example, a typical cast part must be designed in CAD, a complex mold must be manufactured, a test casting must be performed at the foundry, and if necessary, any mold alterations must be made before manufacturing can begin in earnest.

The design and manufacture of a complex metal part can be done in the SpaceX plant without needing to outsource to other suppliers, thanks to additive manufacturing. This lowers costs, protects intellectual property, improves quality control, and shortens lead times.

SpaceX has been exploring the benefits of additive manufacturing and developing the procedures required to develop and construct flight components on a continuous basis. It’s no surprise that, with innovation and efficiency at their core, SpaceX was one of the first firms in the industry to embrace additive manufacturing as a major element of their production. Direct metal laser sintering is used by SpaceX. (DMLS).

In this type of AM, small layers of metal powder are laid down in a heated chamber. The part’s 2D cross-section is then traced with a laser. The metal melts because the laser raises the temperature of the powder above its melting point.

The next layer is then applied on top of the preceding one, and the procedure is repeated, sintering each layer to the one before it. SpaceX prints go through cooling cycles as well. This is combined with hard-working and smart engineers, who are always on the lookout for methods to increase efficiency and cut time spent working.

In the same breath, Elon Musk’s own personality helps things along greatly. His engineering philosophy consists of a comprehensive five-step thought process, all geared towards thorough analysis and efficiency.[g] Musk also appears to be an expert on his rockets.

It appears that no one on the shop floor can fool him. He can give you the weight of the massive launch stand (270 tonnes, in case you were wondering), describe the distribution of the heat load on the vehicle upon reentry into the atmosphere, the problem provided by the heat tiles, and the difficulties of protecting the tiny wings’ hinges.

He’s in the trenches with Tesla, as he was through the worst of the Model 3’s “production hell.” Jim Chilton, Boeing’s SVP for Space and Launch, is the polar opposite.

Musk considers failure to be an inevitable step. “Our goal is to make it to orbit without blowing up. If the booster even does its job and something goes wrong [right after launch] with the ship, I’ll still count that as good progress. Actually, to be totally frank, if it takes off without blowing up the stand, — ‘stage zero’ [the tower, tanks, etc.] — , which is much harder to replace than the booster, that would be a victory. That’s my number-one concern”.

Again, this is part of Musk’s principle. According to him: “Everything you see here is a work in progress. What was said last week might be untrue next week. It could be an error, a miscommunication or we had a better idea”. He also leaves room for multiple iterations of the product to be considered quickly.

When asked about Nasa’s approach to the space shuttle by Tim Dodd, Musk said: “The shuttle had almost no room for iteration because there were people on board. So you couldn’t be blowing up shuttles [in tests]. That’s a big problem. In fact, a lack of iteration was the problem.

The biggest problem with the shuttle was that its design froze. Due to all space shuttle missions being crewed, design changes were high risk and low reward. Starship does not have anyone on board so we can blow things up. It’s really helpful.”

Finally, he ensures that all his staff sees the final goal, the big picture ahead of them all. “You really want everyone to be chief engineer. It means that people need to understand the system at a high level to know when they are making a bad optimization”, said Musk.

About a dozen different factors contribute to SpaceX’s achievements in manufacturing speed and accuracy. That is why they are the number one in the game currently.

Thanks for reading till the end. Comment what’s your opinion about this information “This Is How SpaceX Build Rockets So Fast – 2022“.